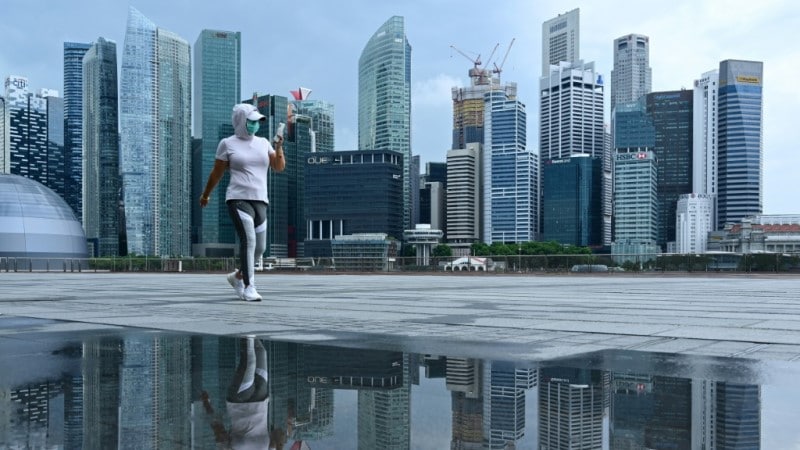 The grandson of Singapore’s founding leader Lee Kuan Yew and nephew of the current prime minister said Tuesday he will pay a fine for a Facebook post that questioned the independence of the city’s judiciary.

Li Shengwu, an academic based in the United States at Harvard University, was ordered to pay a Sg$15,000 ($11,000) fine or serve a week’s jail by the High Court last month over the 2017 post in which he described the Singapore government as “very litigious and has a pliant court system”.

He said he would pay “in order to buy some peace and quiet” and to avoid giving the government an excuse to attack him and his family but added that he did not admit guilt. 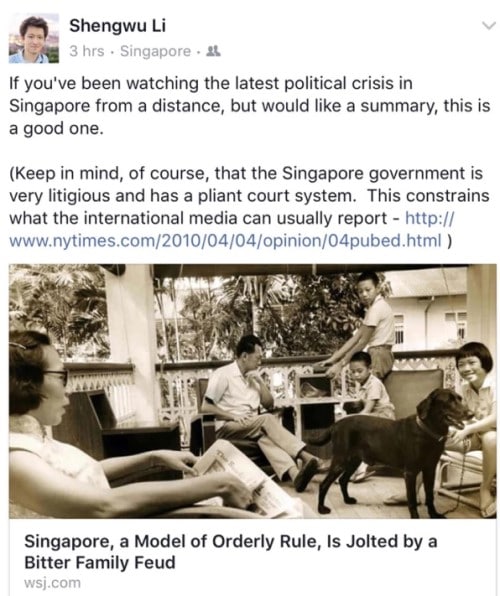 “I disagree that my words were illegal. Moreover, civilized countries should not fine or jail their citizens for private comments on the court system.”

The Attorney-General’s Chambers had described his post as “an egregious and baseless attack” on the city’s courts.

Li is the eldest son of business executive Lee Hsien Yang, who has been at loggerheads with his brother, Prime Minister Lee Hsien Loong, over their father’s legacy.

He made the Facebook post as their family feud raged publicly following the death of the Lee family patriarch in 2015.

Li’s father joined an opposition party before Singapore’s election last month and campaigned for its candidates, although he did not run.