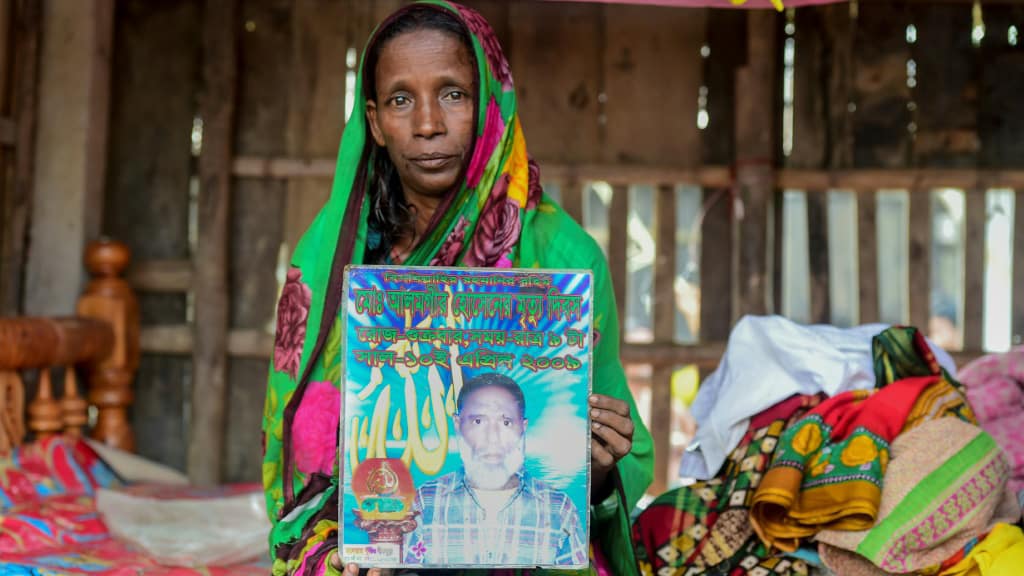 Bangladeshi mother-of-four Mosammat Rashida, whose husband was killed by a Bengal tiger a decade ago while he was collecting honey, has been blamed for her spouse’s untimely death by superstitious villagers

Abandoned by her sons, shunned by her neighbors and branded a witch.

Mosammat Rashida’s crime? Her husband was killed by a Bengal tiger.

Women like her are ostracized in many rural villages in Bangladesh, where they are viewed as the cause of their partner’s misfortune.

“My sons have told me that I am an unlucky witch,” she told AFP in her flimsy plank home, in the honey-hunters’ village of Gabura at the edge of the Sundarbans — a 10,000-square-kilometre (3,860-square-mile) mangrove forest that straddles Bangladesh and India.

Her husband died while out collecting honey in the jungles there. 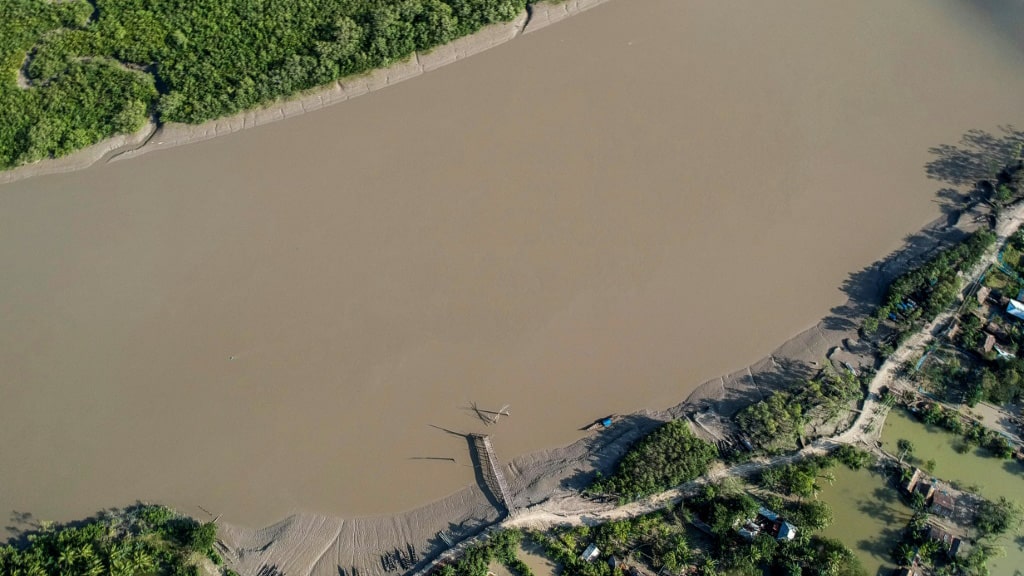 Tigers are an endangered species but climate change and human development is reducing their wild habitat, often forcing them towards villages in search of food

Tigers are an endangered species but climate change and human development is reducing their wild habitat, often forcing them towards villages in search of food.

Wildlife charities estimate there are some 100 tigers in the Bangladesh side of the Sundarbans.

At least 519 men died from tiger attacks in 50 villages in one district — home to half a million people — between 2001 and 2011, according to Ledars Bangladesh, a charity helping widows reintegrate back in the villages.

Their deaths are a double blow for the women left behind.

Already grieving the loss of their partner, overnight they become ‘tiger widows’ — pariahs in their homes and villages at a time when they most need support.

They are often left with little means to support themselves or their families. 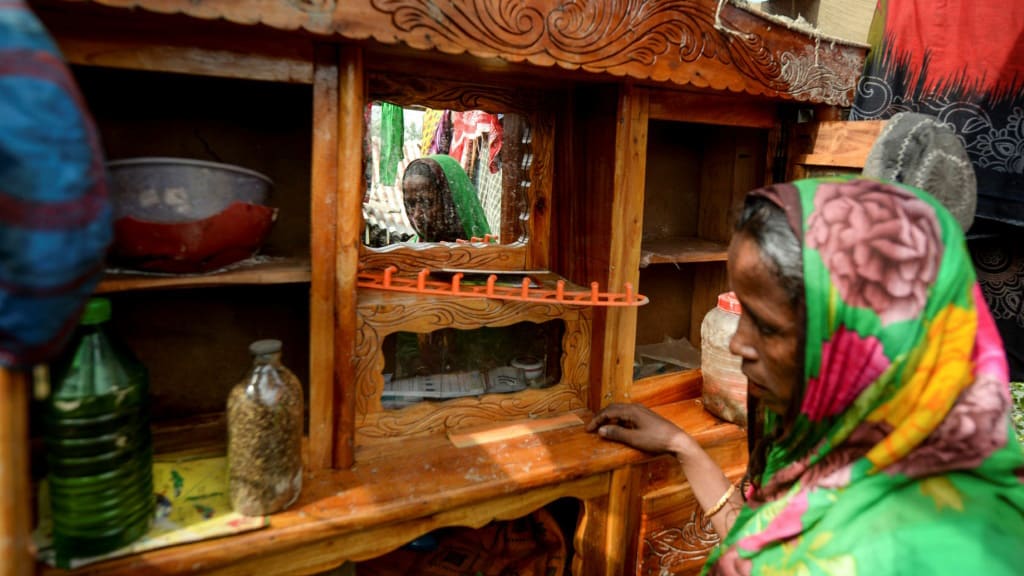 At least 519 men died from tiger attacks in 50 villages in one district — home to half a million people — between 2001 and 2011, according to Ledars Bangladesh, a charity helping widows reintegrate back in the villages

Rashida is heartbroken but unsurprised that her adult sons, aged 24 and 27, abandoned her and their two young siblings.

“They are part of this society after all,” the 45-year-old said, as she wiped tears from her eyes.

Her tiny shack has no roof — it was blown off by a deadly cyclone — but there have been no offers of help from neighbors or officials, who she claims helped others in the village but shunned her.

Instead, she uses an old tarpaulin to keep the elements out.

Next door, Mohammad Hossain was fixing his broken tin roof and confessed he had been instructed by his wife not to talk to Rashida.

“It would mar my family’s well-being and could bring bad luck,” the 31-year-old honey-hunter said.

Officials denied omitting Rashida from the help they provided after the cyclone.

“They (charities) are working to restore the widows’ dignities. The main challenge is to change people’s beliefs,” he explained.

“The change is very slow. Still, I’d say there has been progress,” he added, noting that younger, more educated villagers were less fearful of the widows. 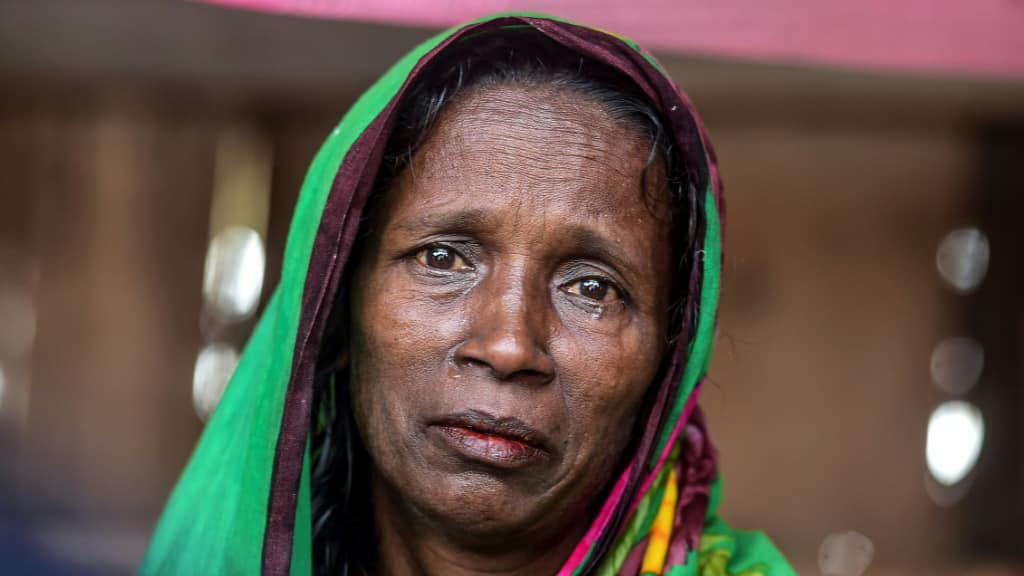 Already grieving the loss of their partner, overnight they become ‘tiger widows’ –pariahs in their homes and villages at a time when they most need support

Rijia Khatun, who said she has learned to cope with being ostracized by her fellow villagers after her honey-hunter husband’s death 15 years ago, has been secretly supported by her nephew and his family.

“My sons were young. But nobody helped me. I felt bad at first as they kept blaming me for my husband’s death. I didn’t know what was my fault,” she recalled, adding: “But now I’ve learned to live with this adversity.”

Her nephew Yaad Ali, who has witnessed several attacks including his uncle’s, explained that while he wanted to help, he could not do so publicly.

“We had to do it (help Khatun) with confidentiality or else the village society would have ostracized us as well,” he confessed.

Honey hunting has traditionally been seen as a more accessible vocation for villagers who can’t afford the equipment or boats needed to undertake the region’s other main profession — fishing.

But fears of being killed by the predators — and the consequences for the wives they leave behind — has meant more and more men are opting for a different trade.

Harun ur Rashid, whose father was killed by a tiger, said he was now a fisherman, despite coming from generations of honey-hunters.

The 21-year-old said: “My mother doesn’t want me to end up like my father. And I want to stay alive and take care of her because she has suffered a lot and endured enough abuses after my father’s death.”