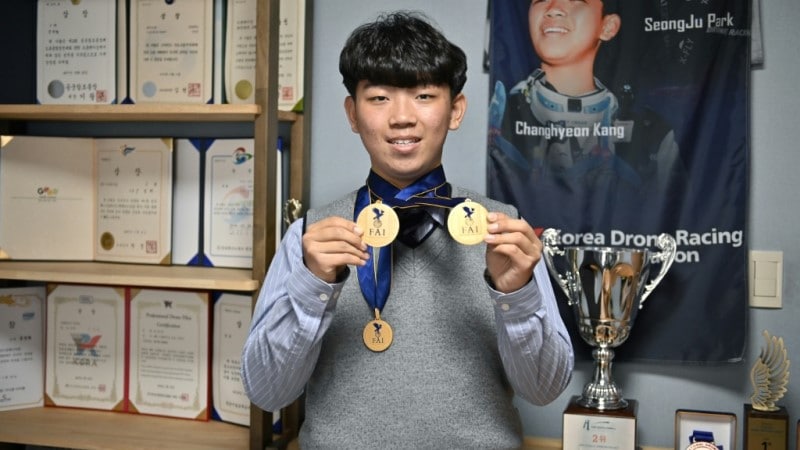 South Korean Kang Chang-hyeon, at age 16, took the world title at a 2019 championship in China

In a South Korean rice field, the teenage world drone-racing champion is preparing to defend his title in one of the planet’s fastest and highest-tech sports.

But at all of 18 years old, Kang Chang-hyeon fears he is quickly passing his prime to compete at top flight levels.

On the starting signal, Kang and his three teammates send their craft buzzing furiously into the air and hurtling around an obstacle course set up on the bare earth in Hwaseong, south of Seoul.

The only human movement was the twitches of fingers on handsets, which the pilots use to control the aircraft while wearing virtual-reality goggles that give them a drone’s-eye view of the route. 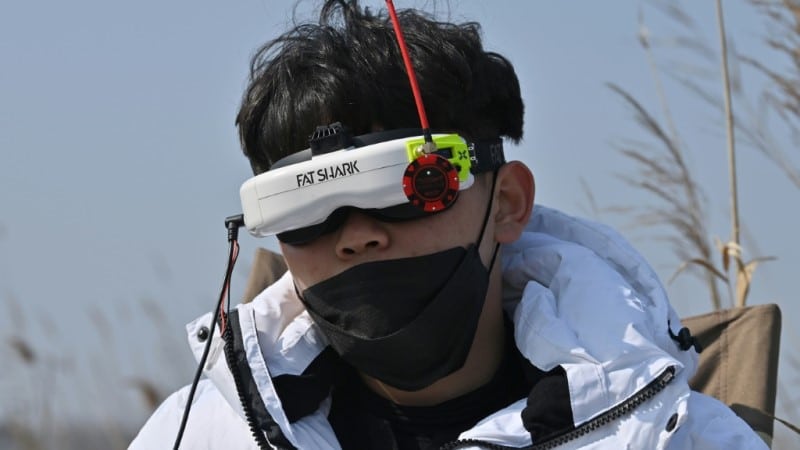 Three laps and around one minute later, the race was over and the technical analysis began in a dedicated tent, with pilots, coaches, technicians and parents poring over flight data.

Like Formula One, drone-flying depends both on precision engineering and pilot skill.

Racing drones are custom-built by competitors and their teams, and reach speeds of up to 170 kilometres (105 miles) per hour. But races are so close, with timings measured in thousandth of a second.

And it is a young flyer’s game.

Lightning-fast reflexes, visual sharpness and hours of training are the key to success, according to Kang.

He says he is already facing physical decline as a new generation of younger rivals arrives, some of them still in primary school.

“Those qualities are the best in your early- to mid-teenage years,” said the still pimply-faced pilot.

Kang said his reflexes were “inevitably” slowing with each passing year, and he was not ruling out retirement before turning 20.

It will be “pretty tough to compete against them in my adult years,” he said.

“I think I may not make it past this year.”

One 12-year-old girl already has him in her sights.

“When I first met Kang Chang-hyeon, I was in awe of him and it felt like a dream,” said Jeong Ryeo-won, after taking part in a league round in the southern county of Hadong.

But now she “really wants” to beat him: “He is my role model, so I hope to compete against him at the world championships, but win.” 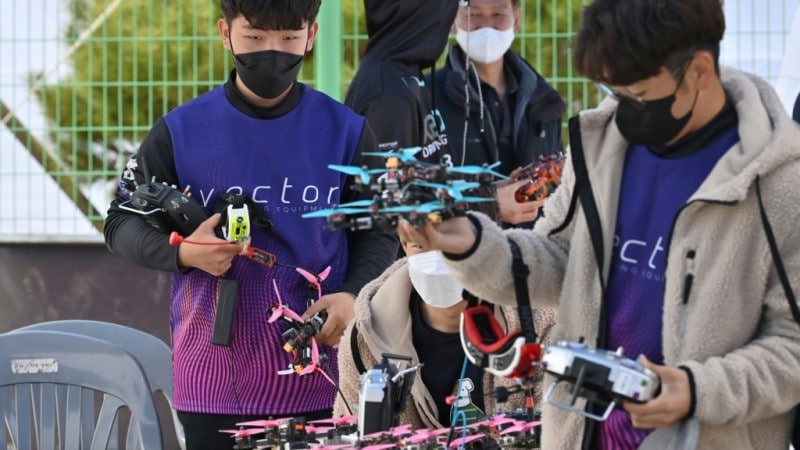 Racing drones are custom-built by competitors and their teams

Only three years after first flying a toy drone, Kang, at age 16, took the world title at a 2019 championship in China, where South Korean pilots dominated.

“Maintaining composure is key to winning because a split-second decision can determine the outcome of a race,” he said.

“Minimizing your mistakes while staying calm regardless of who’s ahead of you is critical.”

Kang’s high school in rural Hongseong county has sought to capitalize on his success by promoting itself as a specialist drone school — with Kang as its ambassador — offering lessons in piloting to attract more pupils.

But the coronavirus pandemic deprived him of the chance to defend his crown at the peak of his abilities, when the Swiss-based Federation Aeronautique Internationale, the world governing body for air sports, was forced to cancel the 2020 world championships.

“I could have competed really well last year,” he said. 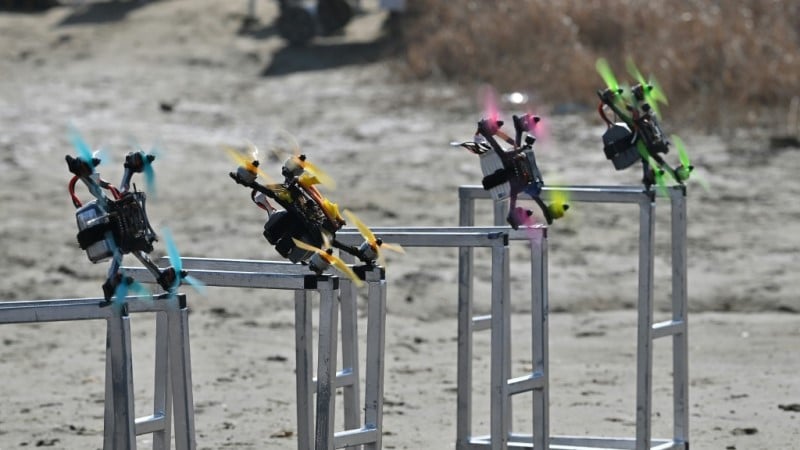 South Korea remains technically at war with nuclear-armed North Korea, and all able-bodied South Korean males must spend around 18 months in the forces before they turn 30.

The only exceptions are for Olympic medallists and Asian Games champions, along with the winners of some international classical music competitions.

But Kang’s skills could be of “great value” for the armed forces, said his coach Kim Jae-hong, who led the national team at the 2019 world championships. 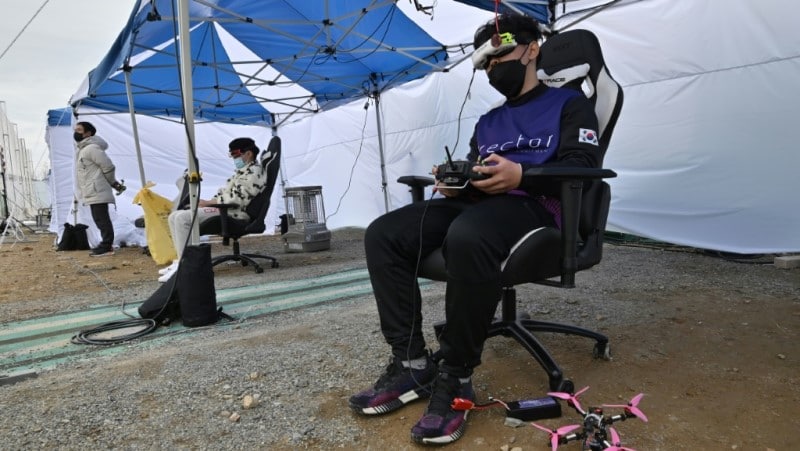 But the South enjoys technological superiority including, according to the defence ministry, a fleet of around 800 drones for training and experimental combat purposes.

“The drone units’ monitoring mission is basically based on controlling a drone with a camera live feed, which is the same for drone racing,” the coach said.

“Kang and other racers can contribute greatly to its mission while maintaining their drone-control skills.”