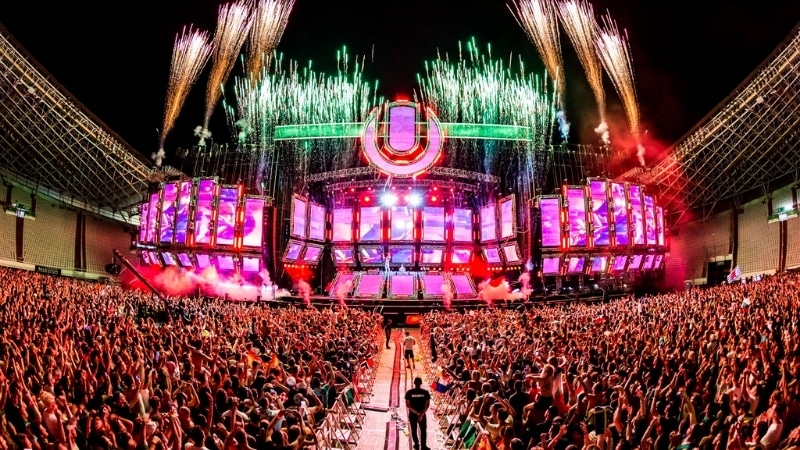 Feeling cooped up and looking for a place to go take the edge off? Luckily, we have a little something for you that has everything you haven’t done in the past year with Covid-restrictions, with Asia moving ahead in opening up, you can now experience everything from music, art, adventure, meeting new people, and world-renowned artists and DJs. This is a list of the best music festivals from various genres in Asia.

Russell Faibisch and Alex Omes founded the festival in 1999; ULTRA Music Festival is a flagship event with its roots tied to Miami, Florida. Every March, an annual electronic music festival in Miami has stretched out into global franchises under the brand Ultra Worldwide in South Korea, Brazil, Mexico, and others. The event boasts some of the world’s best DJs, David Guetta, Calvin Harris, and Martin Garrix. Due to the pandemic last year, the show was postponed this year and is set out to be bigger and better. UMF will hold it from 26th -28th March at the Bayfront Park in Miami, 9th -11th July at Mladen Park, Split, Croatia in Europe, and Seoul, South Korea; the location is yet to be confirmed.

Endowed in 2015, the Maya Music Festival is an immersive party that fuses electronic music with Thai culture, art, and mythology. Since its birth, Maya has increasingly marked the top-tier lineups and scenes designed to showcase Thailand’s rich and beautiful culture. Last year, four stages were introduced: EDM Stage, pool/After Party Stage, Live Stage, and Trap Stage to celebrate their fifth anniversary. With dance music superstars like deadmau5, Major Lazer, and Porter Robinson having graced their stage, this is a fabulous event to experience the Thai culture from a different perspective. Maya brings artists from a wide range of music genres to please all audiences, bringing together diverse crowds. Due to the COVID-19 pandemic, the festival was postponed to February 2022.

Held every year in late December, the Sunburn festival was incepted in 2007 by entrepreneur Shailendra Singh. The festival takes place on Vagator Beach, Goa, India, and is the largest electronic music festival globally, right after Tomorrowland and Ultra. Spread over three days, Mayank Kataria is the event’s major promoter with artists playing simultaneously on multiple stages. Since its birth, SUNBURN is India’s first EDM festival and has attracted both local and international stars and audiences alike with extraordinary electronic music. It has had some of the best DJs the world has seen, from Martin Garrix, Afrojack, DJ Snake to The Chainsmokers.

More than a music festival, Clockenflap aims to bring Hong Kong people together in positive ways through music and art despite the COVID-19 pandemic, with many other events cancelling. Mike Hill, co-founder and CEO of Magnetic Asia Ltd, will be hosting the event from 26th November to 28th November. The festival has six distinctive stages; Harbourflap, Atum, Red Bull stage, Silent Disco, Robot, and Acorn, a diverse array of music for people of all ages. With live acts and DJs that include 27 artists making Hong Kong debuts and ten exclusive sets.

The Wonderfruit festival 2020 was postponed to December 2021. This incredible festival celebrates Music, Art, Architecture, Wellness, Farm to Feasts, Family and Talks, and workshops in The Fields at Siam Country Club, Pattaya, and activities are piled 24 hours a day, four consecutive days and nights. Experience a world of creativity and community in tropical Thailand with International DJs and artists.

Established by Long Yu in 1998, the Beijing Music Festival is an annual music festival held in Beijing that offers a variety of jazz and classical music that includes choral, chamber, solo, orchestral, and opera. As one of China’s first organizations to commission new works by local composers and foreigners, this has laid a strong foundation for international cultural exchange. BMF prides itself in presenting both Chinese and Western music, giving prominence to community engagement and music education, offering free children and students’ concerts and masterclasses that draw about 6,000 spectators, children, and teachers. The last event took place from 10th – 20th October 2020 and has not announced the dates for 2021.

A 3-day event in Bangkok, Thailand, is a new type of urban festival that will celebrate Bangkok’s richness and the launch of UMT radio-uniting talent from every region in the country at four locations in the heart of the city.