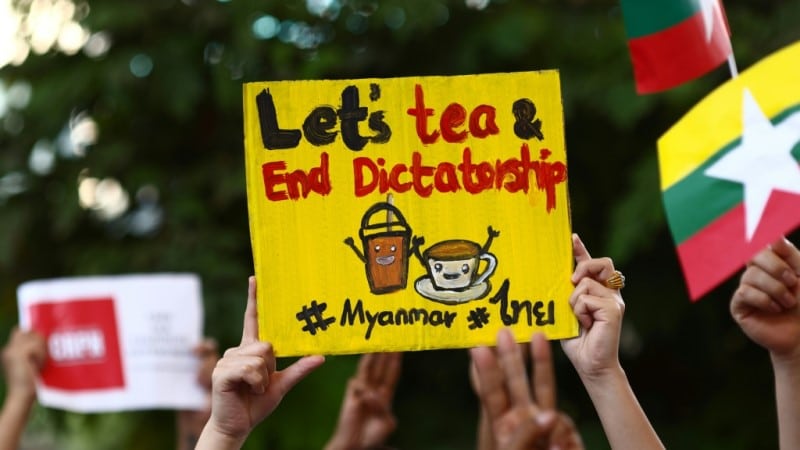 Twitter has launched an emoji to spotlight the “#MilkTeaAlliance” online protest movement that has forged links between pro-democracy activists across Asia, the social media giant said Thursday.

The alliance — named for the shared love of sugary tea drinks across Hong Kong, Thailand and Taiwan — emerged last year in an expression of cross-border solidarity and shared fear of authoritarian China.

The campaign gained steam at a time when Hong Kong was emerging from months of pro-democracy protests and urban youth in Bangkok and other Thai cities were beginning their own street confrontations with authorities, demanding reform to the country’s military-drafted constitution and other rights.

It has since spread to Myanmar — where tea with condensed milk is a staple breakfast accompaniment — after a coup ousted the country’s civilian leader Aung San Suu Kyi in February, sparking a mass uprising. 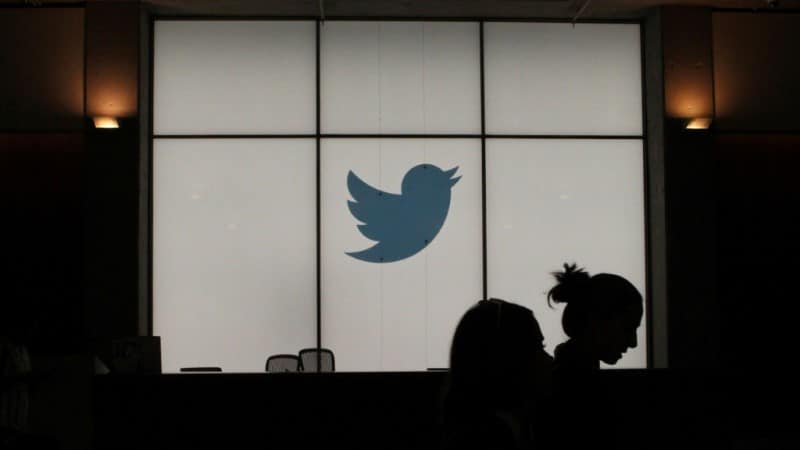 “To celebrate the first anniversary of the #MilkTeaAlliance, we designed an emoji featuring 3 different types of milk tea colors from regions where the Alliance first formed online,” Twitter said on Wednesday.

The image appears in any tweet featuring the hashtag in English, Thai, Korean, and several other Asian languages.

“Always in solidarity, no matter how hard the times,” veteran Hong Kong pro-democracy Joshua Wong tweeted in response to the news, using the English and Chinese versions of the hashtag.

The term has been used on Twitter more than 11 million times since last April, the platform said, with usage again spiking after the Myanmar coup.

The military regime there has imposed overnight internet shutdowns and blanket mobile data restrictions to try and bring weeks of unrest to heel. 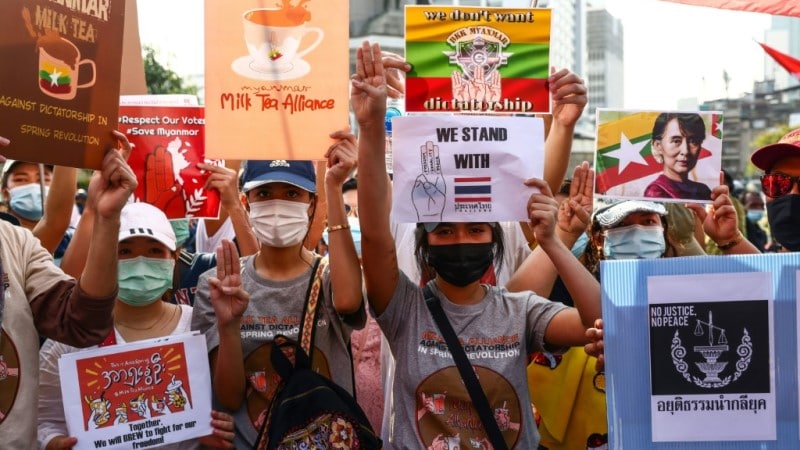 “We strongly believe that having access to the free and #OpenInternet is an essential right and remain a staunch defender and advocate of free expression and condemn #InternetShutdowns,” Twitter said in its announcement of the new emoji.

Thursday’s move follows similar recognition by Twitter in recent years of the #MeToo and #BlackLivesMatter social movements, after the respective global campaigns against sexual abuse and in support of racial justice.