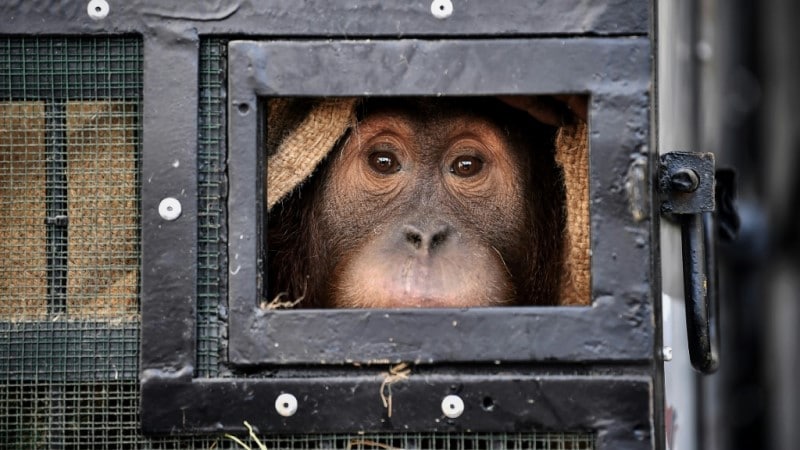 Eating fruit and drinking from plastic bottles, two Sumatran orangutans stared from their cages at Bangkok airport on Thursday before flying home to Indonesia, years after being smuggled into Thailand.

Poachers in Southeast Asia frequently capture the critically endangered orangutans to sell as pets, and police said four-year-olds Ung Aing and Natalee were supposed to be sold to a tourism business.

Wildlife traffickers tried to smuggle the two in via Malaysia in June 2017, but they were intercepted at the border — along with 39 Hamilton tortoises, 12 Indian turtles and six raccoons — after police received a tip-off about the vehicle they were in. 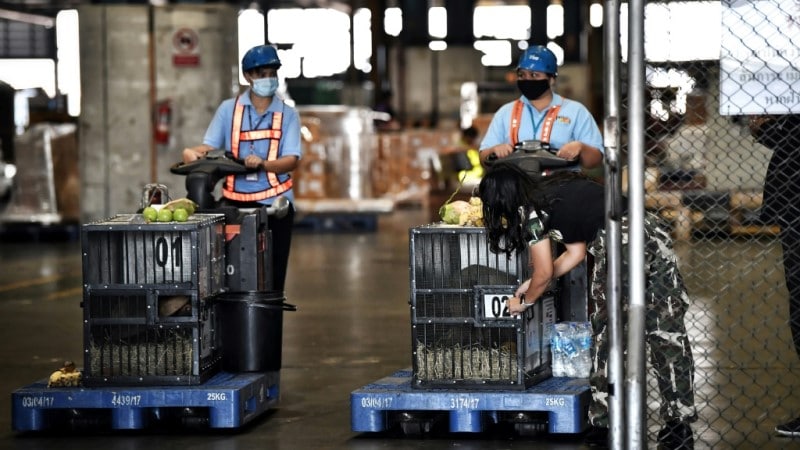 The orangutans were intercepted by Thai police at the Malaysian border in 2017, after they received a tip-off about the vehicle they were in

The pair have been living in a wildlife rescue center in Thailand and, once back in Indonesia, will undergo a rehabilitation program before being released back into the wild in Sumatra.

Ung Aing and Natalee had to take coronavirus tests before their departure, conducted by animal experts from Bangkok’s Chulalongkorn University.

Officials fed the duo bananas, coconuts and electrolytes through a small opening in their cages; hiding in hessian sacks, the animals were shy at first but eventually accepted their treats.

Thai Department of National Parks and Wildlife deputy director general Prakit Vongsrivattanakul said 69 confiscated orangutans have been sent back to Indonesia since 2006, and many have been able to return to the wild. 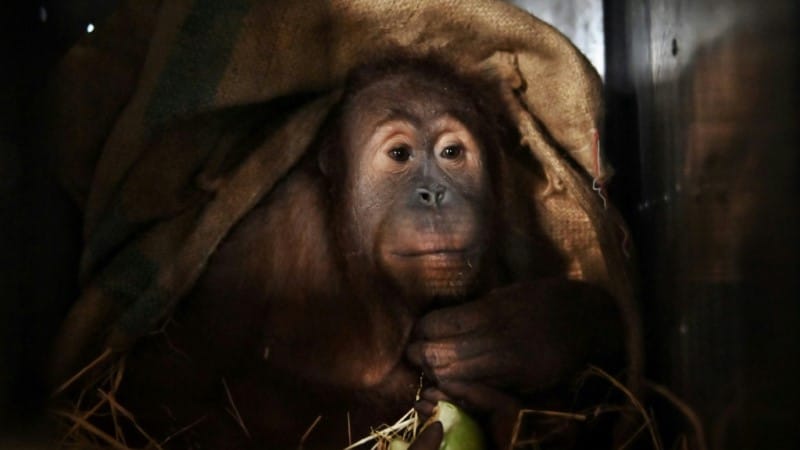 Sumatran orangutans are critically endangered, but poachers frequently capture them to sell as pets on the black market

Even though the two orangutans are now on their way home, their future is still precarious.

Sumatran orangutans are critically endangered and their population is estimated to be fewer than 15,000. 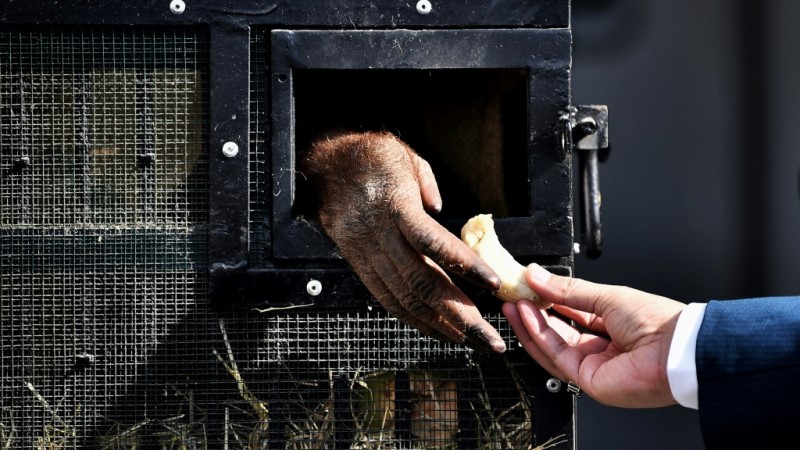 Poachers are not the only risk orangutans face; their habitat has drastically shrunk over the past few decades

Sumatran orangutans’ habitat has drastically shrunk over the past few decades from logging, palm oil plantations and mining.

Plantation workers and villagers sometimes attack the animals for being pests.