U2 Brings The Joshua Tree Tour To Asia

U2 – The Joshua Tree | Brent Flanders

U2 will be in Asia this coming November 30 to perform, for the first time in Singapore, at the National Stadium as part of the band’s The Joshua Tree World Tour.

The Irish rock band consists of members Bono, The Edge, Adam Clayton, and Larry Mullen Jr. has announced earlier this May that they’d be heading to the Asia Pacific region, including Australia and Singapore, Japan, and Korea for the said concert performance.

And while the fans hanker to know more about the venue and date of the said event, promoter Live Nation Global Touring dropped the full announcement on Friday, June 14.

U2 and Live Nation announced the multi-Grammy Award-winning band will kick off its tour in Auckland, New Zealand, in early November, and will be followed in 5 key Australian cities, Brisbane, Melbourne, Adelaide, Sydney, and Perth.

From the land down under, U2’s next stop will be on Singapore in November 30 at the 50,000-seater Stadium Nasional Singapura (National Stadium).

Ticket presales have already kicked off at the U2 official website. Meanwhile, the general on-sale will begin this Thursday, June 20 at 10AM SGT local time via the Singapore Sports Hub website. 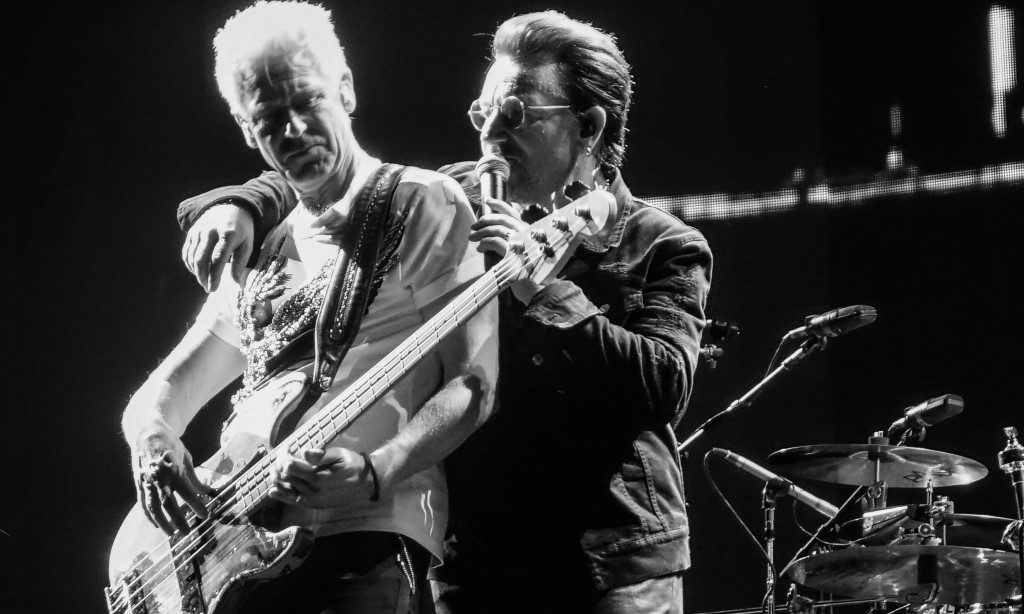 Purchases will be limited to 4 tickets per subscribers only and 8 tickets max for public sales.

Ticket prices range from $98 to $368. VIP Packages will have different rates and will be made available once announced.

On December, U2 will head further north to Japan on December 4 and 5 and in Seoul on December 8, closing the Asian leg of the tour.

The Joshua Tree, the band’s fifth studio album, is regarded as one of the best-selling albums in the US, with 10 million copies sold, and around the world, at 25 million copies shipped.

This would be the third time U2 will bring the namesake of its seminal album, The Joshua Tree. The first was in 1987 and was followed in 2017.

“Our audience has given the Joshua Tree a whole new life on this tour. Doing these shows has been very special for us, a lot of emotion…it’s quite a ride. And now we get to do it all over again. Auckland, Brisbane, Melbourne, Adelaide, Perth, Sydney, Tokyo, Singapore, Seoul… We’re coming for you,” Bono said in an interview.

The Search For MH370 After 5 Years

Pakistan on Tuesday blocked access to Tinder and several other dating apps in a bid to control “immoral” and “indecent” content, just days after regulators threatened to shut down YouTube for similar reasons.

Chinese Death-Row Inmate Escape from Indonesian Jail via a Sewer

A Chinese drug trafficker on death row escaped from a jail near Indonesia’s capital after digging a 30-meter (100 feet) tunnel from his cell, police said.

The Maldivian police Sunday arrested a third suspect in the attempted assassination of former president Mohamed Nasheed, officials said as a manhunt continued for others who may have been involved.

British-Japanese superstar Rina Sawayama became vocal about her frustration concerning her ineligibility for two major music awards in the UK despite calling the country her home for the past 25 years.

Are CBD Beauty Products Worth the Hype?

If you love beauty products, chances are, you’ve probably heard a thing or two about CBD-based face serums, oils and cosmetics.  But what does it do for you?

Press Freedom under Fire: An Interview with Joel Pablo Salud

Journalists in the Philippines continue to battle for their lives – and their right to defend the nation’s democracy.

A McDonald’s burger allegedly bought in 1995 and kept in an Australian shed for years has never decomposed, according to two men who now refer to the quarter-century Quarter Pounder as their “mate”.

From shirtless soldiers to teens suntanning on their parents’ driveways, Indonesians are soaking up rays like never before in the hope that plentiful sunshine will ward off coronavirus.

A Malaysian man who killed a pregnant cat by putting it into a laundrette dryer has been sentenced to 34 months in jail, official media reported, in a case that sparked outrage.

The nondescript building on an industrial site near Kyoto gives little hint to the productivity inside: 30,000 heads of lettuce grow here daily, under artificial light and with barely any human intervention.

A Hong Kong university has scrapped an exhibition of World Press Photo winners just days ahead of its opening, citing “safety and security” fears.

Tokyo Olympics chief Yoshiro Mori is to resign after he sparked outrage in Japan and abroad by claiming that women talk too much in meetings, reports said Thursday.

Singapore Airlines will begin trialling a coronavirus digital travel pass developed by aviation’s industry body next week, the carrier said Monday, the first airline to pilot the scheme as the pandemic-hit sector seeks to recover.

China on Monday jailed the leader of an unofficial Protestant church for nine years for “incitement to subvert state power”.

The gig began with a nun chanting on stage but suddenly erupted into a wall of noise unleashed by distorted guitars and screamed sutras — the unique sound of Taiwan’s first Buddhist death metal band.

Thai Royal Stripped of All Titles for ‘Disloyalty’

Thailand’s King Maha Vajiralongkorn has stripped his 34-year-old consort of all titles for “disloyalty” and apparent “ambition” to match the Queen’s position, a royal command issued late Monday said, less than three months after she was bestowed with the honour.

Every spare surface of Lin Hsin-lai’s four-storey shop is crammed with a pantheon of Taiwan’s celestial beings, testament to the decades he has spent sheltering and restoring unwanted statues of gods.

A new rule being mulled in China to allow schoolchildren to go to bed by 10pm, even if they haven’t finished their homework, has prompted heated debate about the country’s education system.

The school on the outskirts of Istanbul is a rare place where Uighur child refugees from China can study their language and culture.

New York Fashion Week started on a gloomy note Thursday, with a Chinese designer showcasing its wares to a partially empty room amid fears the coronavirus could force labels from the Asian giant to cancel their catwalks.

South Korea has opened a high-tech new front in the battle against coronavirus, fortifying bus shelters with temperature-checking doors and ultraviolet disinfection lamps.

India vs. Pakistan Impending Nuclear Conflict: Ready To Put On That Hazmat Suit?

The growing tension between Asian neighbors India and Pakistan is now deemed to be one of the most dangerous crises to ever happen post-Cold War era.

A company run by Bruce Lee’s daughter is suing a Chinese fast-food chain for allegedly using an image of the late martial arts film star without permission.

It is no secret that Asians are some of the biggest pageantry fans on the planet. Get to know the Asian queens that bagged the sought-after Miss Universe title.

Run Your Own Private Island in the Maldives for $1M

Have you ever dreamt of staying somewhere far away where no problems can bother you? Fortunately, you can make this dream come to life by planting your flag on a scenic private island in the Maldives.

Hong Kong health authorities have ejected a private clinic from the city’s coronavirus vaccination program after it reportedly recommended the German-made Pfizer/BioNTech shot to patients over the one from China’s Sinovac.

Shanghai Disneyland reopened on Monday following a more than three-month coronavirus shutdown as China moves nearer to normality and Walt Disney Co. seeks to plug the flow of red ink caused by the pandemic.

Facebook said Tuesday it will lift a contentious ban on Australian news and pay local media companies for content, after a last-gasp deal on pending landmark legislation.

Do animals deserve to be chained to a life of suffering for a few bucks?

Vietnam recorded its first coronavirus death on Friday as the pandemic rebounds in a country that had previously been praised for stubbing out the contagion.

The mystery plunge of a passenger jet into the sea is another dark chapter in Indonesia’s horror aviation history, although safety standards have improved in recent years, analysts say.

After Record Hong Kong Property Sale, What Else Will $59M Get You?

Hong Kong may be in its worst recession in years but its luxury property market is still thriving after a five-bedroom apartment broke records with its $59 million price tag.

The rapid growth of eSports has increased the financial gains at stake and created a pressing need to fight the cheats and maintain the booming sector’s integrity. 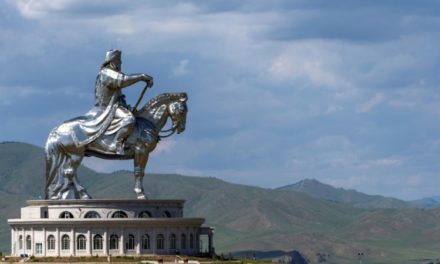 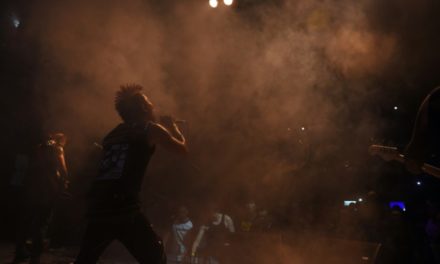 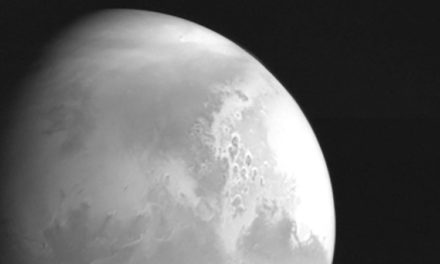 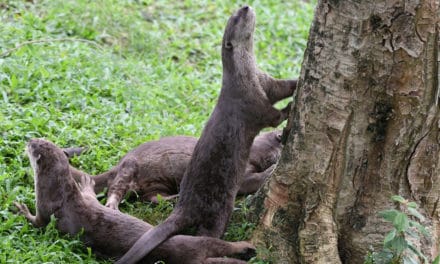 Singapore Otters are Popping up in Unexpected Places During Lockdown