US Foes Delight in Criticizing US as Protests Flare 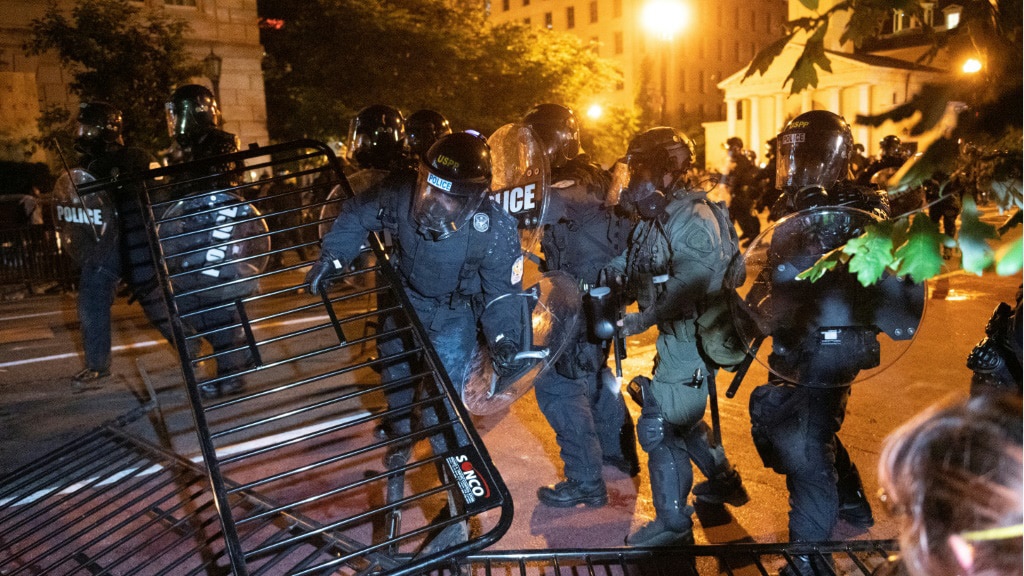 With US cities in flames over outrage about police brutality, nations that are usually on the receiving end of Washington’s criticism on human rights are gleefully turning the tables.

Condemnation of the US record on race came from China, which days earlier faced US counter-measures for tightening controls on Hong Kong, as well as Iran, where officials have been slapped with US sanctions for suppressing protests in November.

The United States is experiencing some of its worst riots in 50 years with dozens of cities under curfews following the killing in Minneapolis of George Floyd, an unarmed African-American man who pleaded “I can’t breathe” as a white police officer pinned him under his knee for nearly nine minutes.

“Racism against ethnic minorities in the US is a chronic disease of American society,” Chinese foreign ministry spokesman Zhao Lijian said.

The current situation reflects once more the severity of the problems of racism and police violence in the US,” he told reporters in Beijing.

“To the American people: the world has heard your outcry over the state of oppression. The world is standing with you,” Mousavi said, in English, in Tehran.

“And to the American officials and police: stop violence against your people and let them breathe,” he said.

Both Iran and China also took to social media to troll the United States, with Iranian Foreign Minister Mohammad Javad Zarif tweeting a State Department condemnation of Iran in which he flipped the names of the two countries. 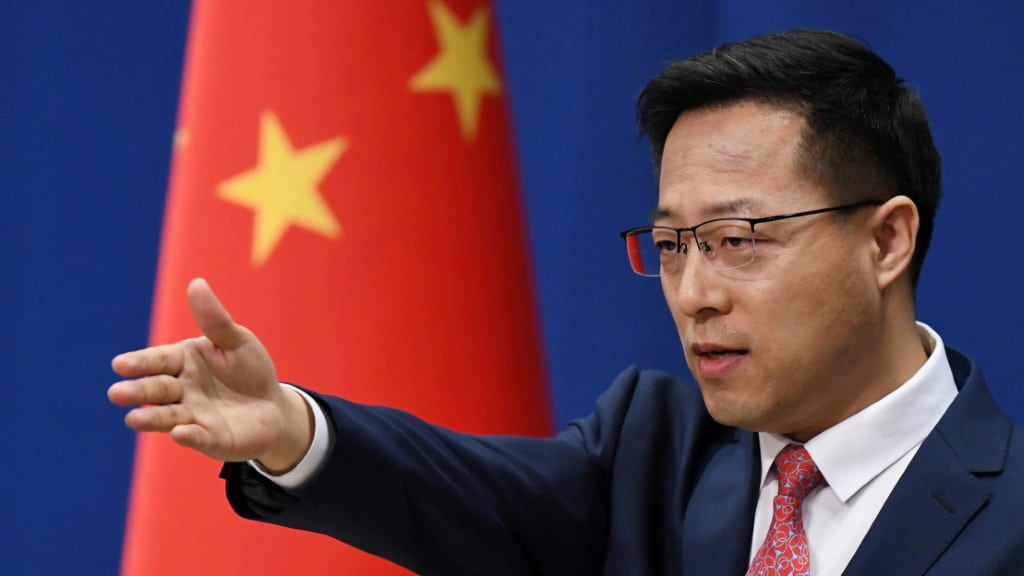 Taking Some Sort of Pleasure

Americans seeking redress are “not going to be thrown in jail for peaceful protesting. There’s a difference between us and you,” he told ABC News.

Many demonstrations have been peaceful but activists have accused police of using excessive force in a number of incidents and a man was killed early Monday in Louisville, Kentucky.
O’Brien also singled out Zimbabwe among “our foreign adversaries” that may be relishing the scenes in the United States.

Zimbabwe — which has faced US criticism over violently dispersing protests as well as British-led pressure over its seizures of white-owned farms — summoned the US ambassador to protest O’Brien’s remarks. 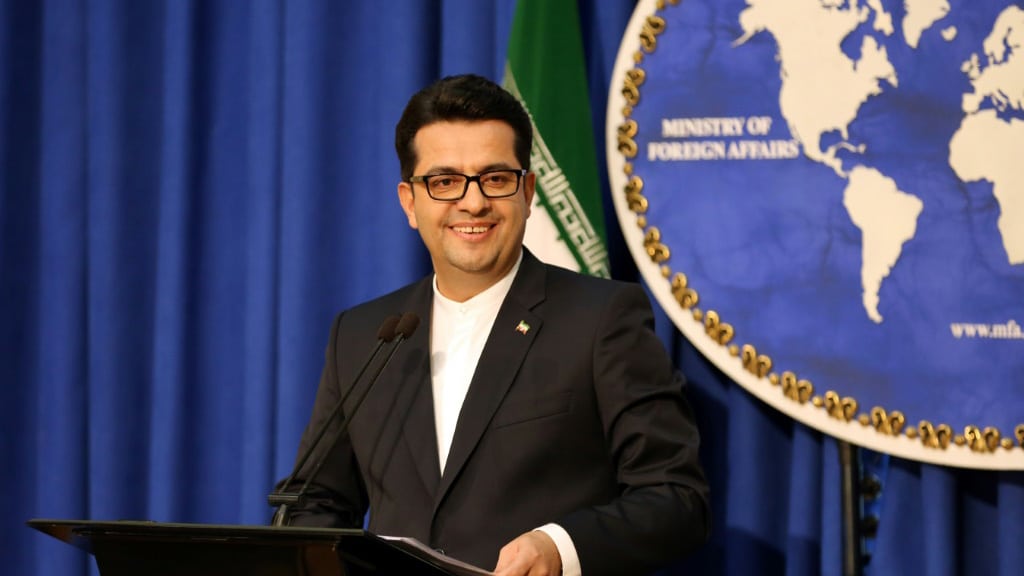 Iranian foreign ministry spokesman Abbas Mousavi, seen here in May 2019, has voiced solidarity with US protesters

Observers say that China and Iran are hardly sterling examples on rights.

Activists say China is detaining at least one million Uighurs and other Turkic Muslims in a vast network of brainwashing camps.

In the commercial hub of Guangzhou, African residents said that police forcibly evicted them this year from accommodation and that they were refused service at shops and restaurants as part of a coronavirus scare.

In Iran, a lawmaker on Monday acknowledged that 230 people died in last year’s protests triggered by a fuel price hike, although outside groups say the number was far higher.

“Like every country, America has never been perfect when it comes to human rights. Far from it,” said Rob Berschinski, senior vice president for policy at Human Rights First.

“But the fact that a human rights advocate like me can say this openly is what differentiates the United States and other free countries from countries like China and Iran,” he said.

“When the Chinese and Iranian governments criticize demonstrations in America, they’re doing so to distract from their own records, not because they care about racial injustice.”

Berschinski, who served at the State Department under President Barack Obama, said nonetheless that Trump hurt the cause, including by calling on Twitter for the shooting of looters.

“When American citizens are brutalized by our police and national leaders like President Trump promote violence, of course America’s ability to speak credibly on human rights abroad is harmed,” he said. 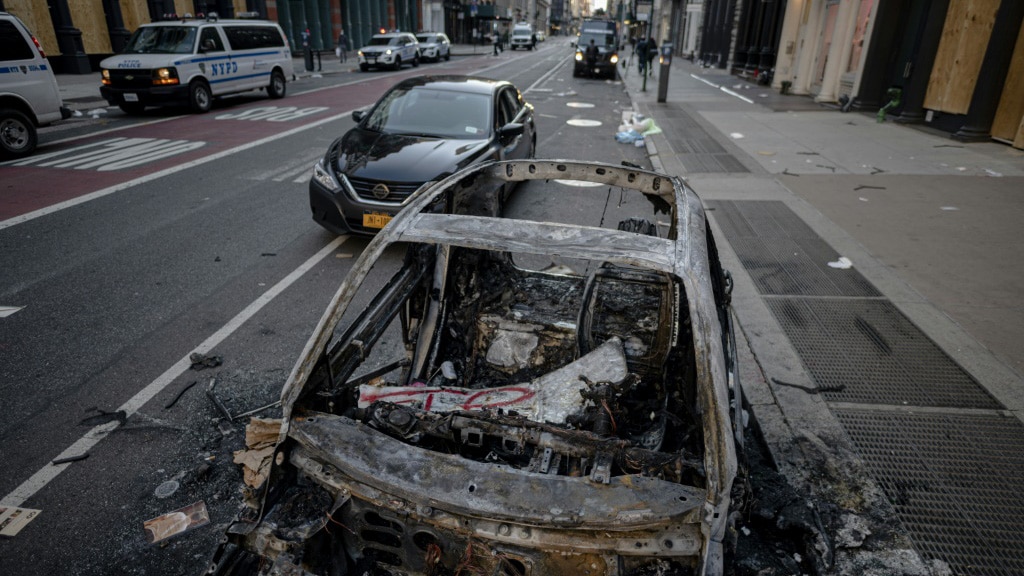 Solidarity protests have taken place in US friends including Britain, Ireland and New Zealand. Allied governments have spoken in general terms about US police brutality, without criticizing Trump.

A spokesman for British Prime Minister Boris Johnson called the violence “very alarming” and voiced concern over the arrests of journalists, including at least one British national.

A spokesman for UN Secretary-General Antonio Guterres said that US police should show restraint “as in any other country in the world” and that police worldwide need human rights training.

But in a leaked tape of a meeting Monday with governors, he complained that “the whole world was laughing” — because police did not respond forcefully enough.