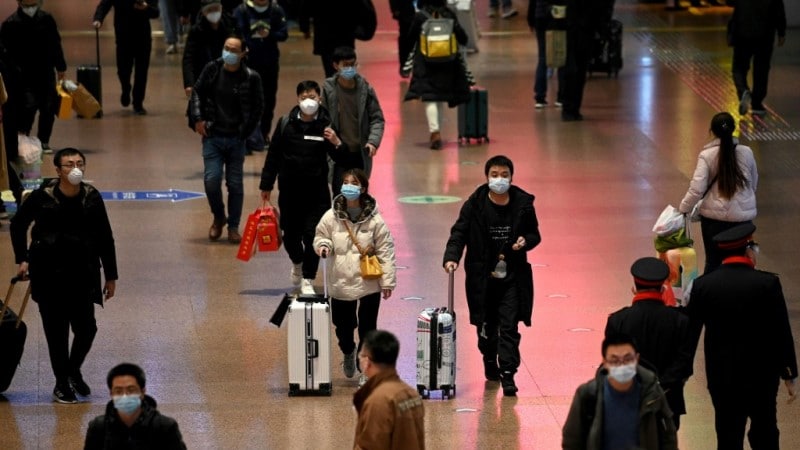 Normally, the festival period starts with the world’s biggest annual human migration as hundreds of millions of China’s workers undertake a pilgrimage back home from industrial zones and big cities.

This year, the government is walking a tightrope between controlling the pandemic and boosting the economy.

Carrot-and-stick tactics are being used to encourage workers not to travel, including offers of free phone data and online films, versus requirements for virus tests and quarantine. 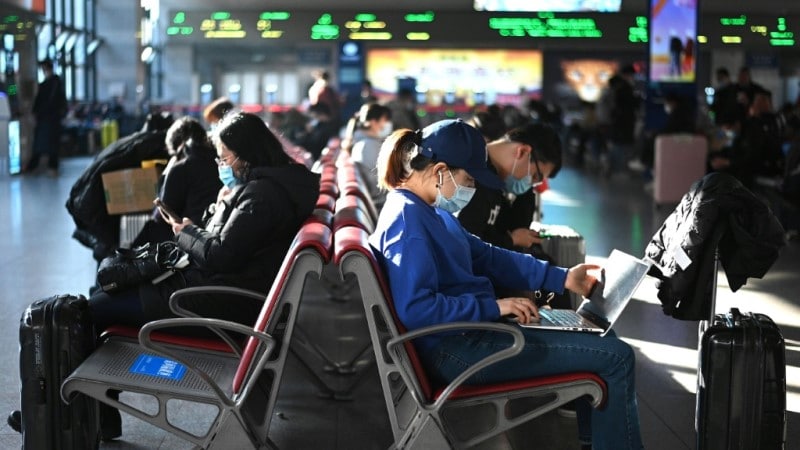 “To go home, I need to do a nucleic acid test and get a certificate, which is very inconvenient,” said Hou Sibai, a Gansu native working as a delivery driver in Beijing.

By contrast, some 40 million yuan ($6.2 million) in coupons is being given out to residents in the capital who “answer the government’s call to stay put”, reported state media.

The incentives appear to be working.

Beijing’s transport committee said air and rail travel was down more than 80 percent, while road traffic dropped by nearly a third.

Train stations across the city were emptier than usual for this time of year, with rows of empty seats on the concourse and no queues at the ticket machines.

In the days before the holiday, China’s domestic Covid-19 cases dropped to zero, giving some travelers more confidence.

Li Xinjun, a 50-year-old housekeeper, was heading to Hebei to see her son and his family.

“I haven’t been home to see my children for a long time.”

A recorded message at the station reminded travelers to lower face masks for a facial recognition check on their way in, and to keep one meter (three feet) apart. 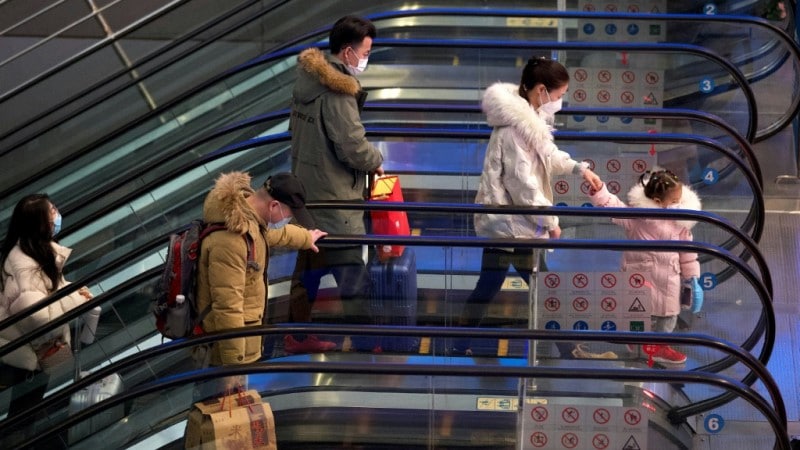 As China offers a slew of financial incentives to workers who stay put, railway stations in Beijing and elsewhere are emptier than usual

One man, who only gave his surname Liu, told AFP he decided to see his elderly parents in northern Shanxi province, but the rules mean they can’t gather with any other relatives.

Another traveller, Liu Wenjing, told AFP she was returning home to central Henan province because of pressure from her family.

“They have been pushing me to go home so much that I decided to make the trip back,” said the 24-year-old, who thinks her parents are keen to introduce her to potential boyfriends in their hometown.

She needs a negative coronavirus test to leave Beijing, she said, and will take another test upon her return, with the possibility of having to home quarantine. 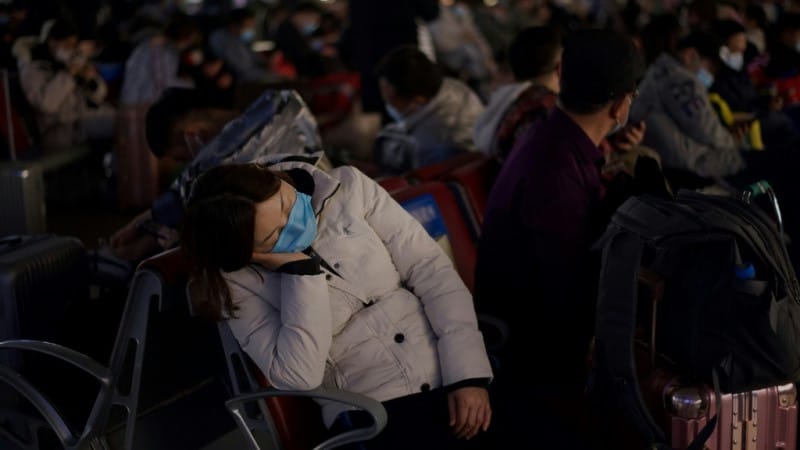 Restrictions vary across the country, with some rural areas warning they might make outsiders quarantine, while other are closing to visitors.

Some of the tightest restrictions are in Beijing.

Those entering the capital need a negative test before travel, then more tests seven and fourteen days after arriving — alongside two weeks of “health monitoring”.

Hou Sibai, the delivery driver, told AFP that all the hassle involved means he will forgo visiting his hometown for the second year in a row. 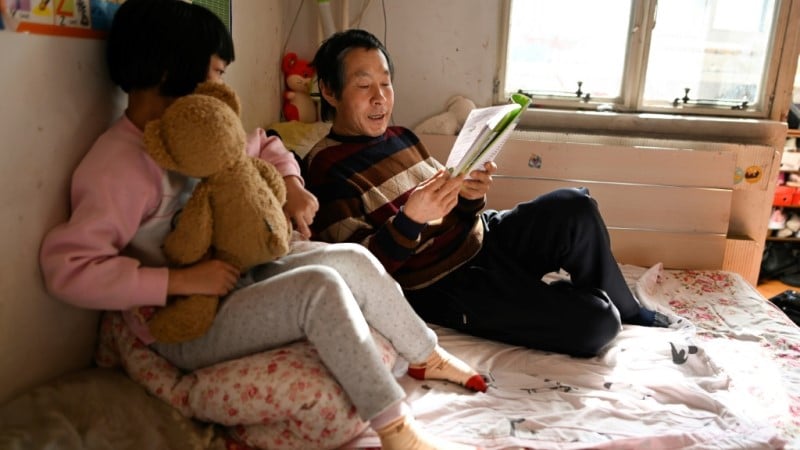 Like many of China’s migrant workers, Hou Sibai (R) has decided it is too inconvenient to travel home over this Lunar New Year holiday

Even without coronavirus restrictions, the journey would have been laborious, entailing a 16-hour train ride to Tianshui in northwestern Gansu, followed by an hour’s drive to his village.

“My relatives, friends, my parents and siblings are all there,” Hou said sadly, adding that he believed he could be forced to do a home quarantine too.

“To come back to Beijing, I would also need to do another nucleic acid test.”

Many of Hou’s colleagues have also decided to stay put for the long holiday, he said.

He lives in one room of a shared flat with his wife and daughter in northeastern Beijing, where they will mark the upcoming festivities modestly.

“The three of us might make something tasty to eat,” Hou said.

“It’s not as lively as in my hometown, but I still want to have a good Lunar New Year celebration in Beijing.”