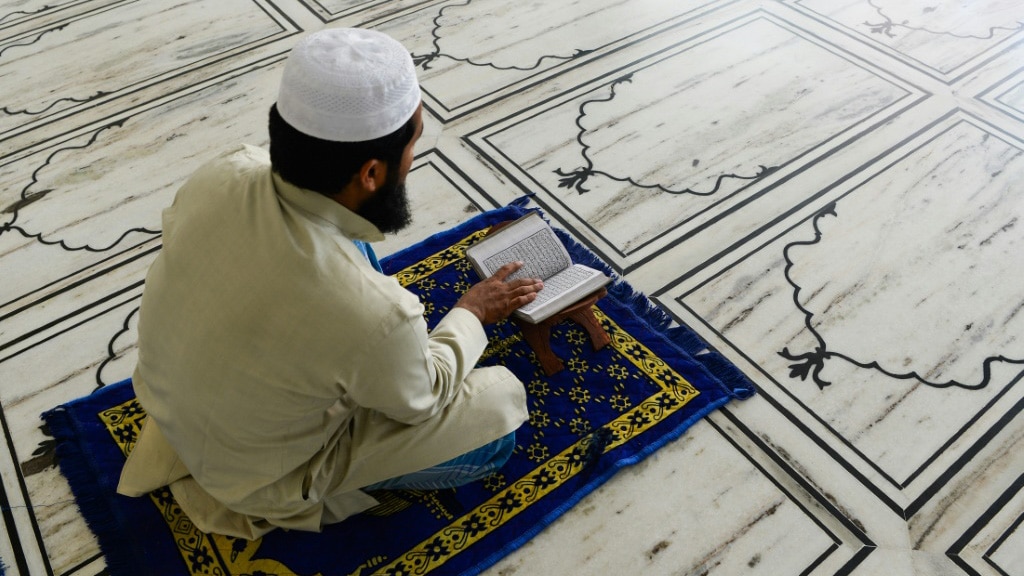 Gayur Hassan’s Hindu neighbors came at night, throwing stones at his family’s home in a northern Indian village and setting his workshop on fire. All because his son “liked” a social media post.

The Facebook post that Hassan’s 19-year-old son endorsed had denounced the targeting of India’s Muslim minority since the nation of 1.3 billion went into a coronavirus lockdown in late March.

According to the police who arrested two men, his family was threatened with further retribution unless they shaved off their beards and stopped wearing skull caps.

“My forefathers lived here and I was born here,” Hassan, 55, told AFP by phone from Keorak, their village where a dozen Muslim families live among about 150 Hindu households.

“We lived like a family and religion was never an issue here,” the welder said. But now there is “an atmosphere of fear and hate everywhere”.

The attack on the Hassan family was just the latest ugly incident in the wake of a torrent of coronavirus misinformation that is stoking hostility towards India’s Muslims.

Hindu nationalists are using the coronavirus to foment hatred against Muslims, using online platforms and some mainstream media to accuse them of spreading the disease.

Critics partly blame Prime Minister Narendra Modi, who they accuse of seeking to remake India as a Hindu nation, undermining the secular and pluralist roots of the world’s biggest democracy. 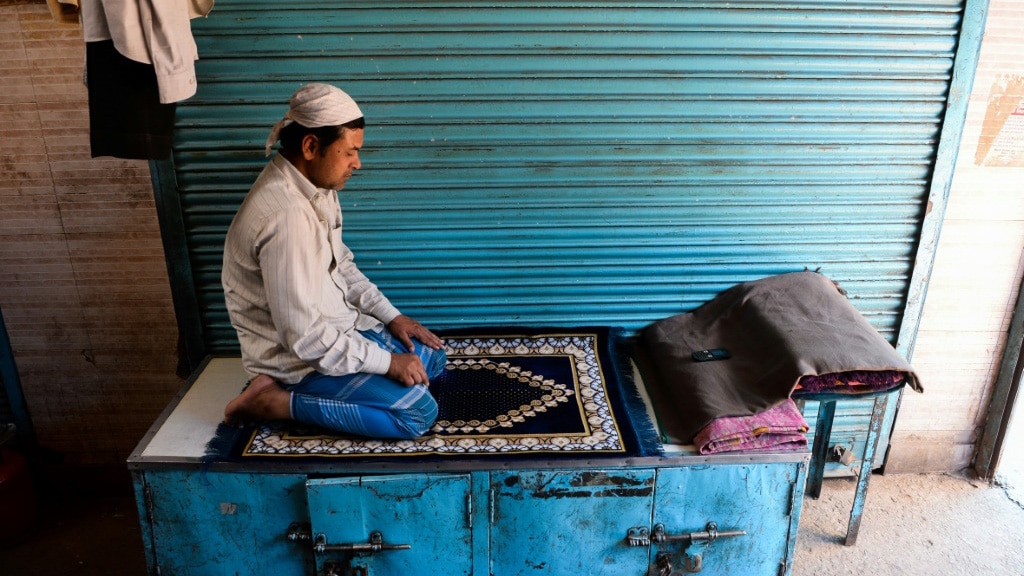 Hindu nationalists are using the coronavirus to foment hatred against Muslims, using online platforms and some mainstream media to accuse them of spreading the disease

Over the past two months AFP’s fact check team has debunked hundreds of social media posts that falsely targeted Muslims in regards to the coronavirus pandemic in India.

In one post debunked by AFP, a photo was shared on Facebook and Twitter with a false claim that it showed Indian Muslims flouting social distancing rules by praying on a rooftop.

In fact, the photo showed people praying in Dubai.

Hundreds of thousands of online posts have also used the hashtag #CoronaJihad, some of which have been shared by members of Modi’s ruling Bharatiya Janata Party (BJP).

The trolls were given extra ammunition when it emerged that a Muslim group, Tabligi Jamaat, ignored coronavirus guidelines with a religious gathering in March in New Delhi.

At one point the group was linked to almost one third of India’s coronavirus cases, with around 40,000 people linked to the event or its attendees in quarantine.

Newspapers and television channels — as well as the government — have also been accused of stirring tensions, with alarmist anchors calling Tabligi Jamaat members “human bombs”. 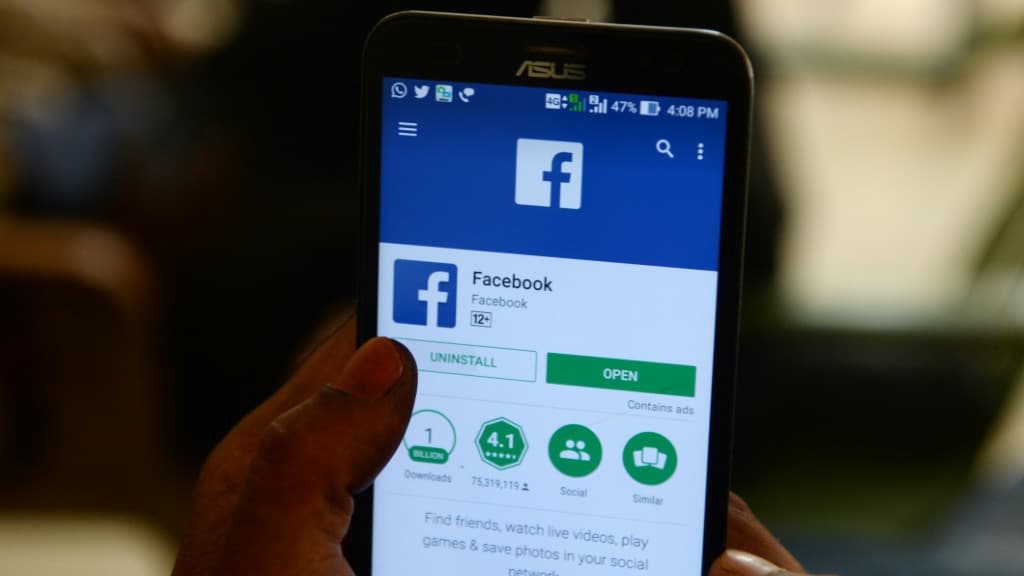 As the misinformation has exploded, so too has real-world violence and anger against Muslims.

Around the country, Muslim truck drivers and nomads have been assaulted, and Muslim vendors pushed, shoved and threatened.

In one case confirmed by police, a Facebook video showed a young Muslim man bleeding and pleading as he was beaten with sticks.

One attacker is heard demanding: “Who sent you to spread the coronavirus?”

The animosity has also taken subtler forms, with “No Muslims” posters appearing in some villages.

One hospital said Muslims would not be admitted without a certificate showing they were COVID-negative.

India’s 200 million Muslims have long complained of growing hostility under Modi, who came to power almost six years ago.

Modi was in charge of the western state of Gujarat when religious riots killed around 1,000 mostly Muslims in 2002.

His first term as prime minister saw a rise in “cow vigilantism” — Hindu extremists lynching Muslims accused of eating beef or killing cows, which are sacred to many Hindus, according to activists.

His second term last year began with revoking the autonomy of India’s only Muslim-majority state, and new citizenship legislation criticized as discriminatory.

In February, Delhi’s worst religious riots in decades left more than 50 dead, two-thirds of them Muslims. A local BJP lawmaker was accused of being a main instigator. 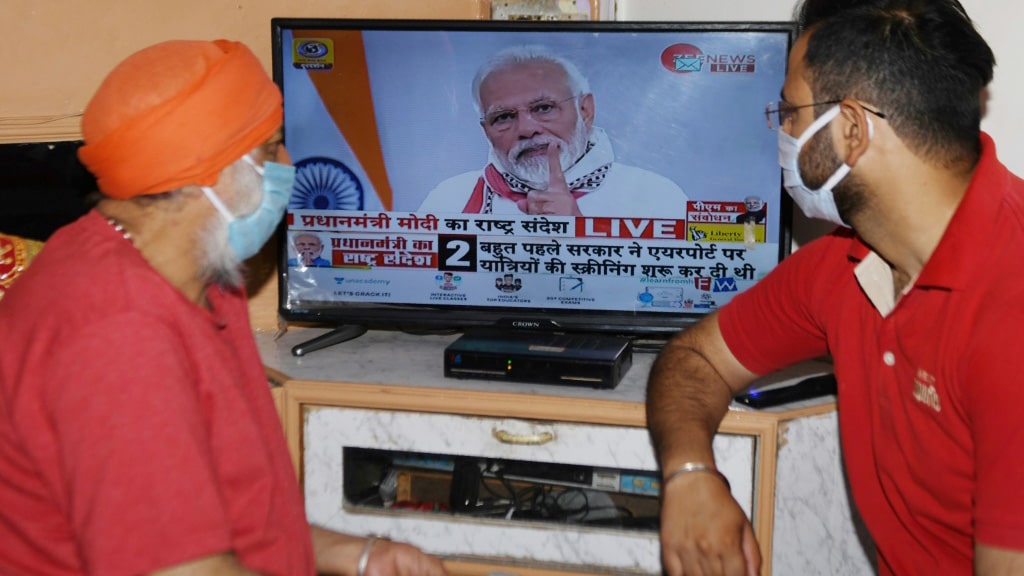 Indian Prime Minister Narendra Modi has publicly sought to soothe tensions between Muslims and Hindus, calling for “unity and brotherhood”

Activists say that in recent weeks, with media attention focused on the pandemic, police have stepped up arrests over the unrest, most of them Muslims and some under anti-terror laws.

“They are making sure there is no one to raise a voice for the community after the pandemic is over,” K. Rahman Khan, a former minority affairs minister, told AFP.

Modi has publicly sought to soothe tensions, calling for “unity and brotherhood”.

He tweeted that “COVID-19 does not see race, religion, color, caste, creed, language or borders before striking.”

But Shahid Siddiqui, from the Indian Muslims for Progress and Reforms, a civil society group formed to battle Islamophobia, said the state was involved in stoking the hatred.

“It (has been) a deliberate attempt by media and the government to divert the attention of the country from the crises and allow hate politics to rule.”

by Jalees Andrabi and Uzair Rizvi