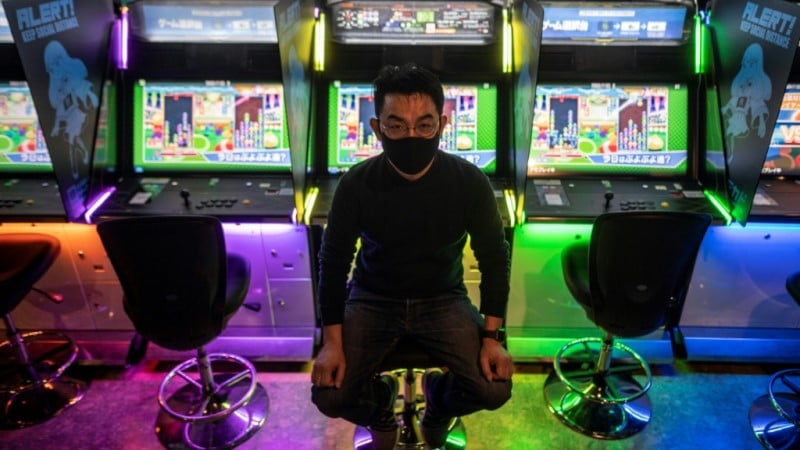 Bright, noisy arcades are still a neighbourhood fixture in Japan, but they have been hard-hit by the pandemic

Evenings are normally the busiest time at Mikado, a retro gaming arcade in Tokyo, but these days the shutters come down early, leaving “Street Fighter” fans out in the cold.

Bright, noisy arcades are still a neighborhood fixture in Japan, but they have been disappearing as business is hit by virus-curtailed opening hours.

“This is when the place usually starts to fill up,” laments Yasushi Fukamachi, a manager at Mikado, whose 250 vintage machines attract nocturnal students and office workers who have just clocked off.

It is approaching 8pm and a few dozen gamers wearing face masks are fighting it out on joystick classics, eking out their final minutes of fun before being shooed out. 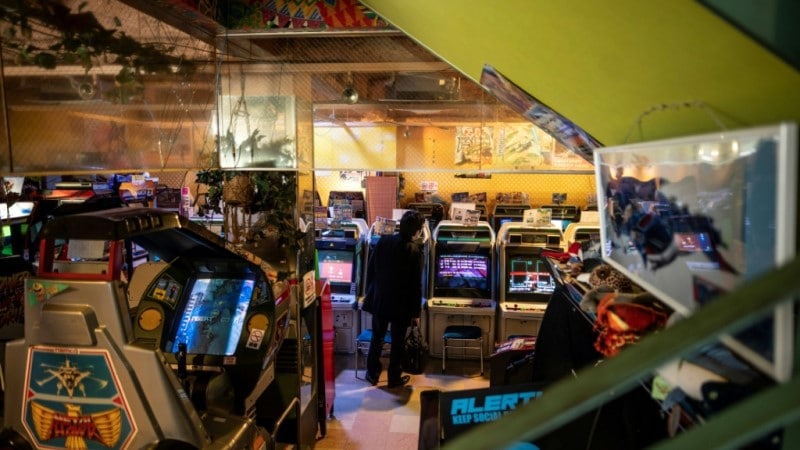 Unlike bars and restaurants, Japan’s arcades do not receive government cash as compensation for income lost during the virus-curtailed opening hours

Since early January, Tokyo and other parts of Japan have been under a state of emergency to bring down surging virus cases. Businesses are told to close early, with possible fines for those that refuse.

But unlike bars and restaurants, arcades like Mikado do not receive government cash as compensation for lost income.

Several arcades went bust following Japan’s first state of emergency last year, which saw most of them close completely for two months, and those that survived are now struggling.

“Customers were slow to return,” after the first virus emergency, Fukamachi told AFP, but by November the arcade’s takings were back at 90 percent of normal levels.

By late December, as Covid-19 cases soared in the capital and elsewhere, this dipped to around 50 percent.

Customers stayed away despite anti-infection measures, from plastic barriers between machines to the daily disinfection of 100 yen coins for the slots, he added. 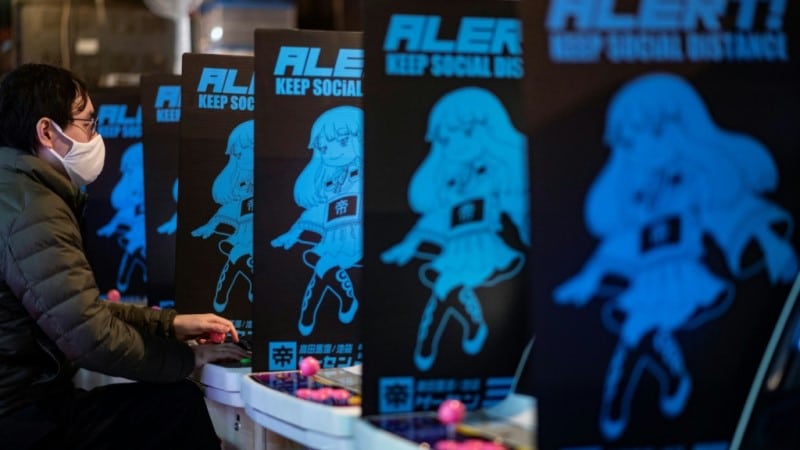 Even before the pandemic, “smaller, independent gaming centres were already closing down at a rapid rate”, Morihiro Shigihara, a journalist and author who once managed an arcade, told AFP.

And since late last year, a number of well-known arcades in Tokyo have shut up shop for good, including in the entertainment districts of Akihabara and Shinjuku.

“The fact that even big arcades are going out of business one after the other shows the situation’s severity,” said Shigihara. 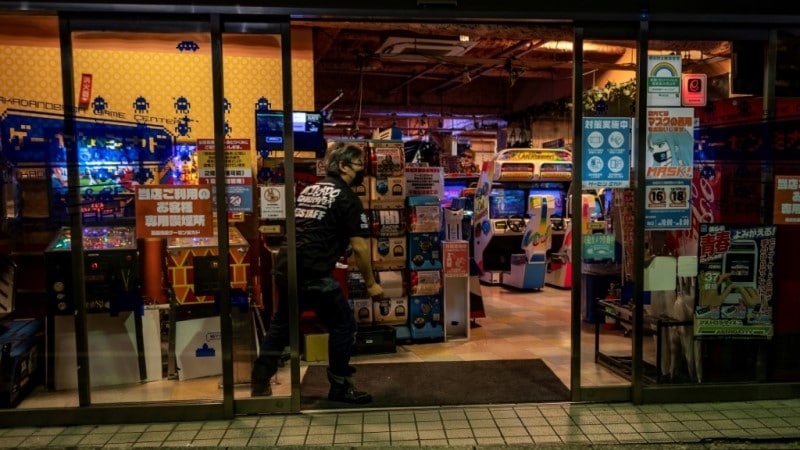 Facing competition from mobile games and home consoles, Japan’s arcades have had to adapt to survive

Gaming giant Sega in November sold off 85 percent of its arcade business, although its logo still adorns game centres nationwide that are now run by another company.

With consumers likely to own a console, and facing competition from mobile games, arcades have had to adapt to survive.

More than half of a typical arcade’s takings are now from profitable claw-crane toy machines, according to the Japan Amusement Industry Association. 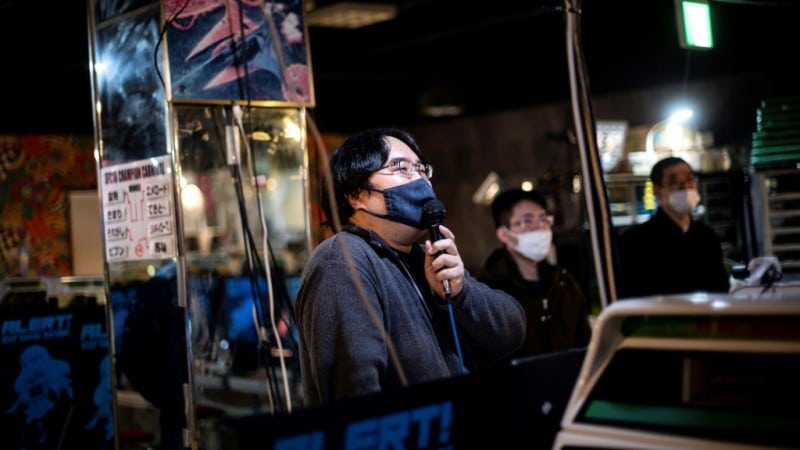 In urban Japan, arcades offer an alternative to small living spaces and a meeting point for dedicated gaming communities

Although they have become a rarity in many other countries, arcades have held a place in urban Japan as an alternative to small living spaces and a meeting point for dedicated gaming communities.

“One of the pleasures of coming to an arcade is to be able to strike up a conversation, to know what state of mind others are playing in,” Mikado regular Atsushi Nakanishi, 43, told AFP.

Hiroshi Suzuki, 28, said that since the arcade he used to frequent closed, he has lost contact with people he used to know there.

Mikado manager Fukumachi jokes that his arcade will survive — “a bit like a cockroach”. 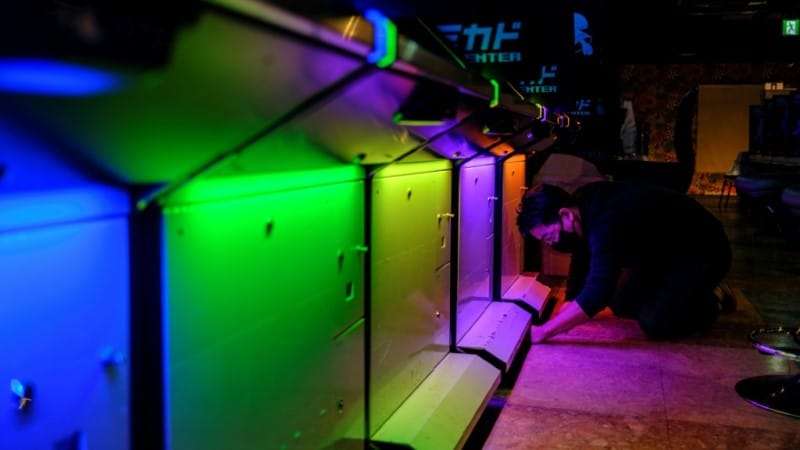 Mikado, a retro gaming arcade in Tokyo, is streaming video-game matches as a way to reach gamers stuck at home and earn advertising money

He is planning a new crowdfunding campaign to stay afloat, having raised around $350,000 through his first last spring.

“The government is doing nothing to help us out of this hopeless situation,” Fukamachi said.

But closing would betray loyal customers who showed their “love” for the business with donations, he added.

Fukamachi is also thinking up post-pandemic survival strategies, because he believes the shift to telework and staying home will last.

Other arcades, “that keep on with business as usual, will suffer,” he warned.