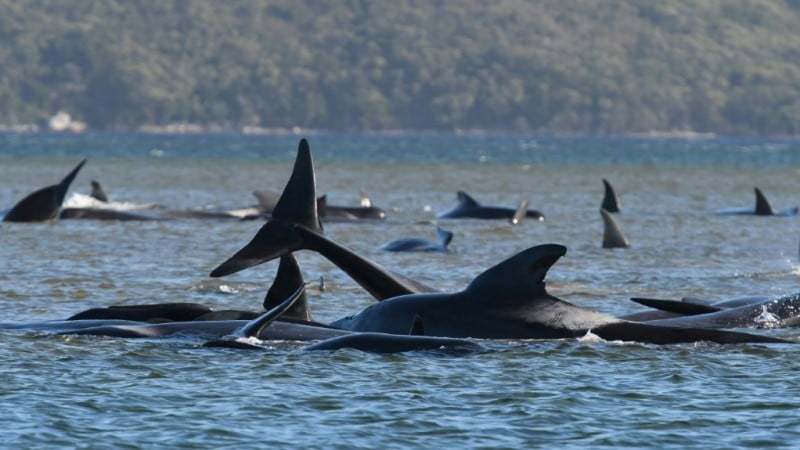 At least 380 pilot whales have died in a mass stranding in southern Australia, officials said Wednesday, in what is likely to be the biggest beaching of the cetaceans in the country’s history.

Here are other notable mass strandings of whales from around the world.

New Zealand — considered as one of “hotspots” for whale strandings — has recorded incidents dating back to the 1800s.

More recently, hundreds of pilot whales died after nearly 700 were found on the beaches of Farewell Spit — at the top of the country’s South Island — in February 2017. Another 145 died in a mass stranding the following year on Stewart Island.

One of the largest known mass beachings in the last century was of false killer whales in October 1946, when an estimated 835 were stranded near Mar del Plata in Argentina.

In December 2015 more than 300 whales were discovered washed up on a remote Patagonian inlet in southern Chile. Scientists at the time called the sight of the stranding “apocalyptic”.

A surge in algae in the water, known as a “red tide”, was believed to be the culprit. It bloomed across the ocean around Chile in the early months of 2016, choking to death an estimated 40,000 tons of salmon in the Los Lagos region — or about 12 percent of the country’s annual production of the fish.

In July 2016 about 70 dead whales were also found on the southern Chile coast.

In May 2008, around a hundred whales swam onto the beaches of Madagascar and three-quarters of them perished, in the first mass beaching blamed on high-frequency sonar mapping systems deployed in the hunt for oil.

According to a report released by the International Whaling Commission in 2013, the culprit was a high-power 12-kilohertz multibeam echosounder system operated by an ExxonMobil vessel about 65 kilometers (40 miles) offshore. The company disagreed with the findings.

The use of anti-submarine sonars was also suspected of causing the mass-beaching in 2002, when some 15 beaked whales perished in the Canaries after a NATO exercise. 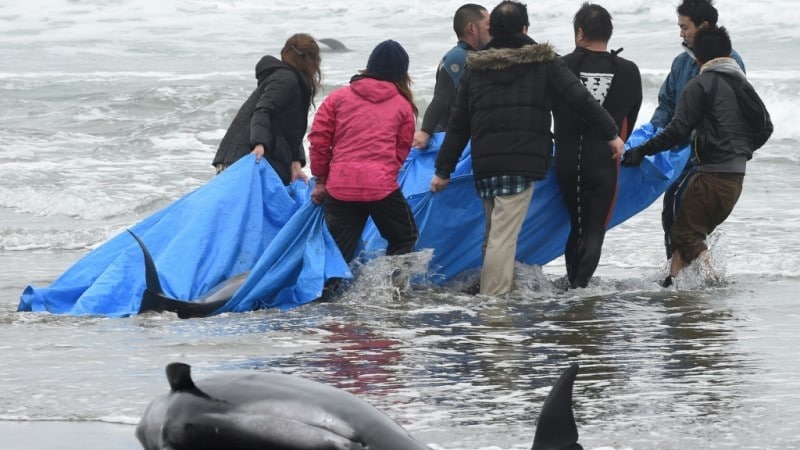 Residents attempt to save melon-headed whales beached on the shore of Hokota city, northeast of Tokyo on April 10, 2015

In April 2015, around 150 melon-headed whales were discovered washed up on a stretch of beach in Japan.

The cetaceans, which usually live in deep water and are a member of the dolphin family, were thought to have either suffered from a parasitic infection that disrupted their ability to navigate, or had become unable to navigate in the sandy shoals.