WHO Pair Head to China for Virus Origin Scoping Mission 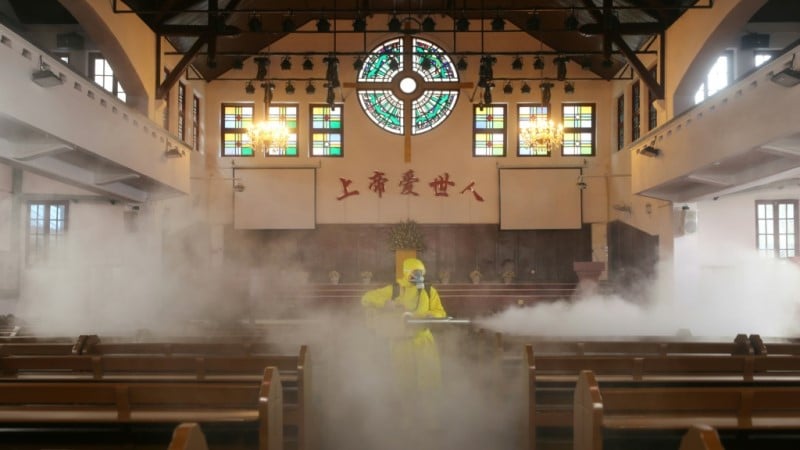 A worker disinfects a church in Wuhan, where the new coronavirus emerged late last year

An epidemiologist and an animal health specialist from the World Health Organization were flying to China on Friday to try and identify the animal source of the new coronavirus pandemic.

The WHO said the advance team would be in Beijing for the weekend as they lay the ground for a wider mission aimed at identifying how the virus entered the human species.

Harris said there was no set timeframe for their mission.

The novel coronavirus has killed at least 550,000 people and infected more than 12.1 million since it emerged in China last December.

Scientists believe the killer virus jumped from animals to humans, possibly from a market in the city of Wuhan selling exotic animals for meat.

Chinese officials said early in the outbreak that the virus may have spread from a market in the city, which sold live and wild animals, but no further confirmation of that has been revealed.

The UN health agency has been pressing China since early May to invite in its experts to help investigate the origins of COVID-19.

Harris said the WHO pair would be holding initial meetings with Chinese counterparts and working out which places the fuller mission would want to visit.

She said the duo would be identifying “what we need to know”.

“One of the big issues that everybody’s interested in is to look at whether or not it jumped from species to human and what species it jumped from.

“We know it’s very similar to the virus in the bats, but did it go through an intermediate species? This is a question we all need answered.”

She said the pair would go through available material and “fine it down to what we can get… to get the maximum benefit out of this.”

The size of the later fuller mission will be determined by the scoping party.