Why Do ‘Non-Lethal’ Weapons Maim and Kill Protesters?

Riot police from Beirut and Baghdad to Hong Kong and Minsk often use so-called “non-lethal” weapons for crowd control — so why do protesters keep dying and being maimed?

Law enforcement use them to avoid firing live munitions at violent protesters who may attack them, hurl rocks, bottles and Molotov cocktails, start fires or try to blind them with laser pointers.

But malicious and excessive use, often but not only in authoritarian states, has long since earned riot control tools the official designation of “less-lethal weapons”. 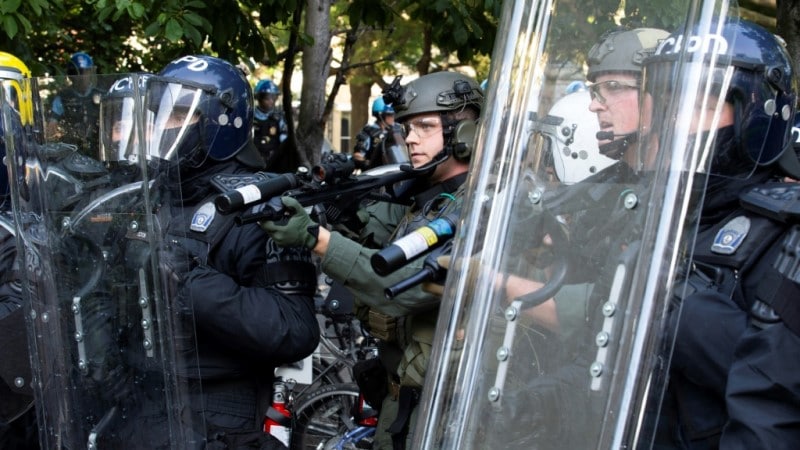 Police forces “have at their disposal a dizzying array of weapons and kit that, while known as ‘less-lethal’, can cause serious injury or even death”, says an Amnesty International report.

“Some of the equipment we’ve surveyed is worthy of a torture chamber and should be banned outright,” said the group’s specialist Marek Marczynski in a 2015 report on the subject. 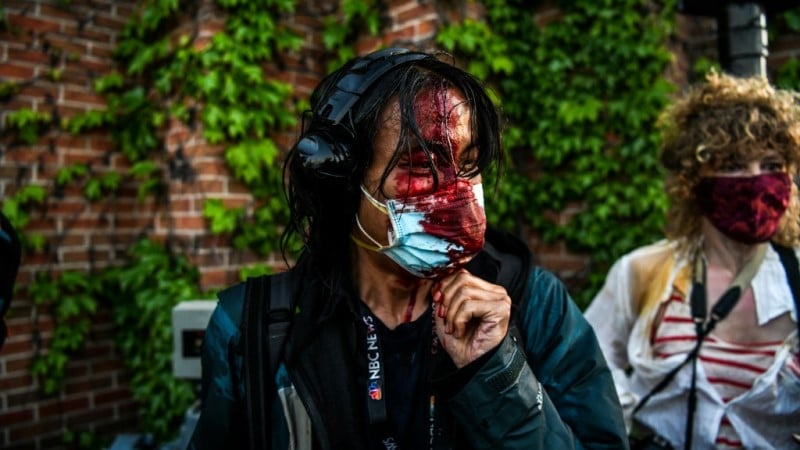 In Iraq, which has been torn by repeat anti-government protests since last year, dozens of protesters have been killed by tear-gas canisters fired directly at them.

They have died of blunt force trauma to their eye sockets, skulls and chests as security forces have shot the grenades in flat, not upward, trajectories and at close range.

Amnesty documented that several such deaths were caused by military-grade tear gas and smoke grenades made in Serbia and Iran that are about 10 times heavier than standard-issue canisters.

“This has had devastating results, in multiple cases piercing the victims’ skulls, resulting in gruesome wounds and death after the grenades embed inside their heads,” said Amnesty’s Lynn Maalouf. 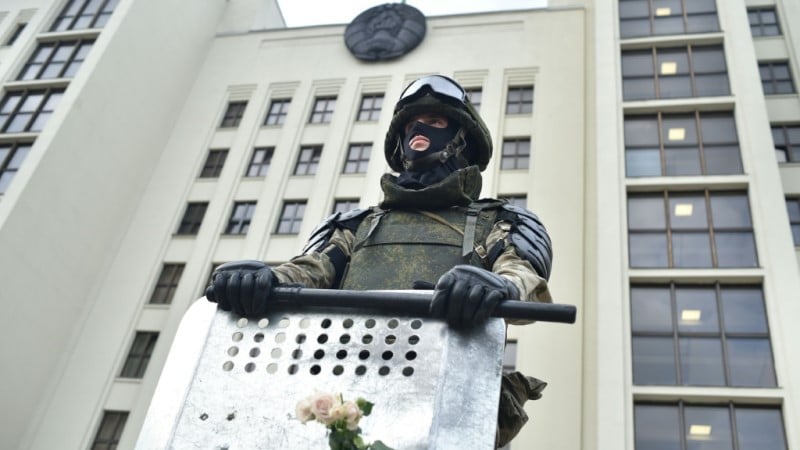 Excessive Use of Force

Human Rights Watch reported similar severe injuries in the protests that shook Beirut in the aftermath of the massive August 4 explosion that leveled parts of the Lebanese capital and killed more than 180 people.

HRW said it observed “security forces fire a tear-gas canister directly at a protester’s head, in violation of international standards, severely injuring him”.

Security forces were also beating demonstrators with clubs and “firing rubber bullets and birdshot pellets indiscriminately”, it said in a blog posting. 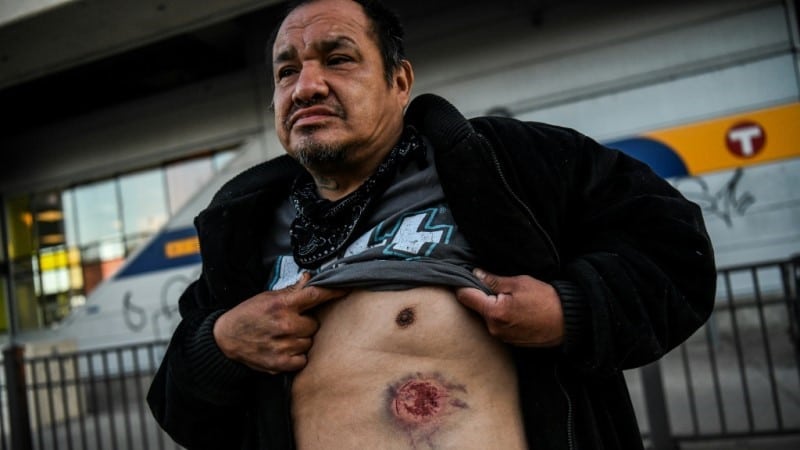 Amnesty said it had “monitored the largely peaceful protests on 8 August where tear gas, rubber bullets and pump-action pellets were fired recklessly into crowds”.

Deaths have also been caused elsewhere by so-called kinetic impact rounds, such as plastic and rubber bullets, first used by the British army in Northern Ireland 50 years ago.

Protesters have lost eyes to them in the French yellow-vest demonstrations, Palestinian anti-Israel protests and in the unrest that followed the George Floyd killing in the United States. 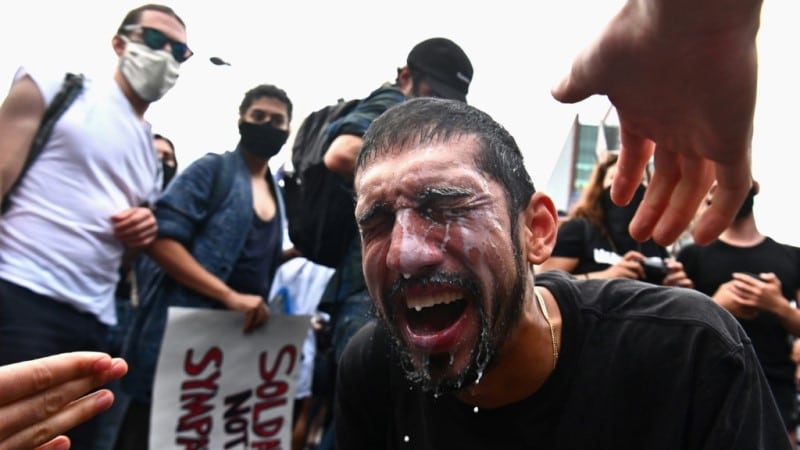 The force of such munitions, designed to bounce off the ground and hit people’s legs, can break bones, tear vessels and cause internal bleeding when fired directly at them.

Lebanese surgeon Mohamad Jawad Khalifeh tweeted that one Beirut hospital had to perform seven eye surgeries and treat “an exploded spleen” after one night of street clashes this month.

Amnesty has argued that the indiscriminate use of multiple such projectiles has “no legitimate law enforcement use” and urged a ban on the most dangerous rubber-coated metal bullets. 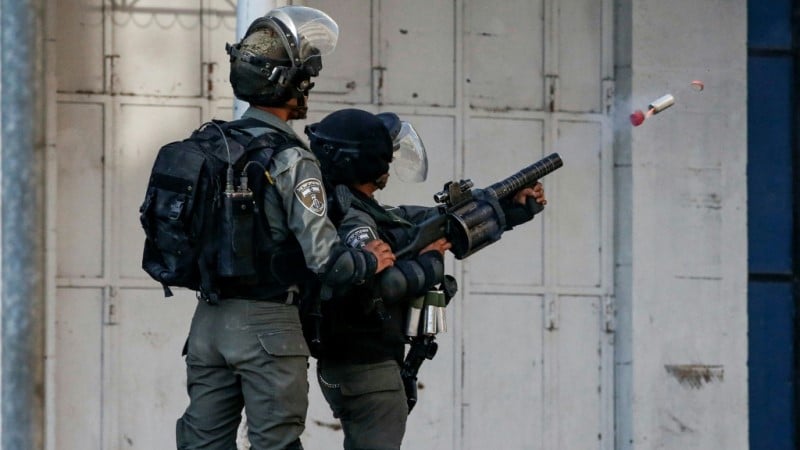 Tear gas, says Amnesty, is also far from harmless when fired in excessive quantities, in enclosed spaces or when it sparks panic and triggers a crowd stampede.

While most healthy people recover from the effects of tear gas — burning skin, streaming eyes and breathing difficulties — children, pregnant women, asthmatics and the elderly are at far greater risk.

The UN Basic Principles on the Use of Force and Firearms by Law Enforcement Officials encourages states to develop less-lethal weapons “to enable a graduated response in the use of force”. 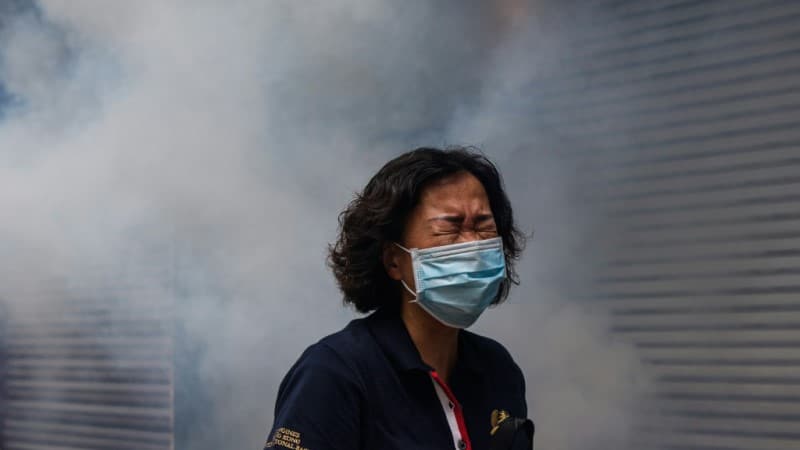 Amnesty has also acknowledged that less-lethal equipment can reduce the risk of death or injury on all sides when used responsibly by “well-trained and fully accountable” officers.

But it warned that in scores of countries “law enforcement officials commit a wide range of human rights violations using such equipment -– including torture and other ill-treatment in custody, as well as excessive, arbitrary and unnecessary use of force against demonstrators”.