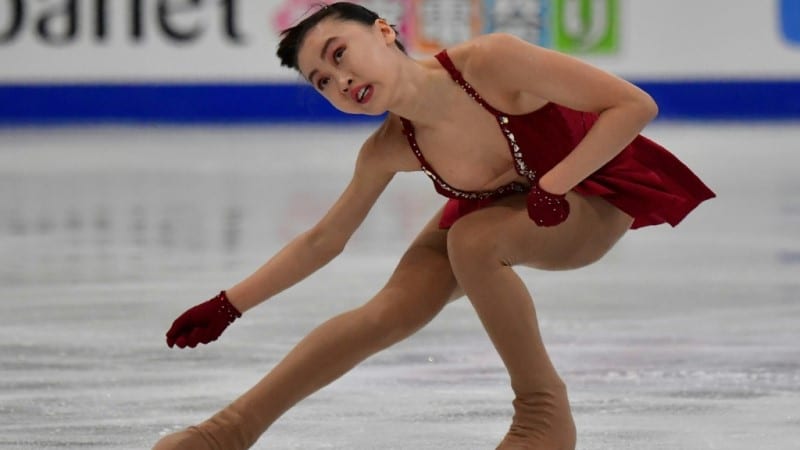 A world championship figure skater has opened up about physical and mental abuse she allegedly suffered while training in China, which included being kicked, hit and called insulting names.

Jessica Shuran Yu, who was born and trained in China but competed internationally for Singapore, is the latest athlete to make abuse allegations in recent weeks.

Yu detailed the alleged mistreatment in an Instagram post, saying that her coach hurled insults at skaters such as “lazy”, “fat”, “stupid” and “useless”.

“I was eleven years old when the physical abuse started,” wrote Yu, who competed in the 2017 world championships, describing how her coach would hit her using a plastic blade cover.


My story, in response to Athlete A and Gymnast Alliance. TRIGGER WARNING: abuse, eating disorder Edit: my DM’s are open for anyone who needs a safe space to talk!💌 #GymnastAlliance #AthleteA #AthleteAFilm #AthleteAlliance #figureskating

“When he got angry with me, which seemed to happen whenever I made the smallest mistake, he would ask me to reach out a hand.

“On especially bad days, I would get hit more than ten times in a row, until my skin was raw.”

Her coach would also kick her shin with the blade of a skate, the 19-year-old said.

“Even though I would be bleeding from his kick, I would have to turn around and continue practice without limping as to avoid angering him more,” she said in the post on Wednesday.

She said the physical abuse “leveled off when I started competing in the seniors. However, the verbal and mental abuse was consistent. I don’t remember a time without it.”

As a Singaporean athlete who had trained in China, Yu said she was in a unique position to speak out about the “culture of abuse” in China.

Yu, who has now retired from competitive skating, said there was a “toxicity that plagues aesthetic sports like gymnastics and figure-skating“, adding: “This needs to be talked about.”

“If publicizing my story can raise some awareness, spark some anger, and help others deal with their experiences, then it is more than worth it,” she added.

Her allegations of mistreatment are the latest to rock the world of sports.

Former Australian gymnasts have gone public with accounts of physical, mental and emotional abuse, while activists this week called on Japan to tackle “rampant” mistreatment of young athletes.

The case of a South Korean triathlete who took her own life captured global headlines earlier this month, while bullying and sexual harassment controversies have also emerged in the US and Britain.