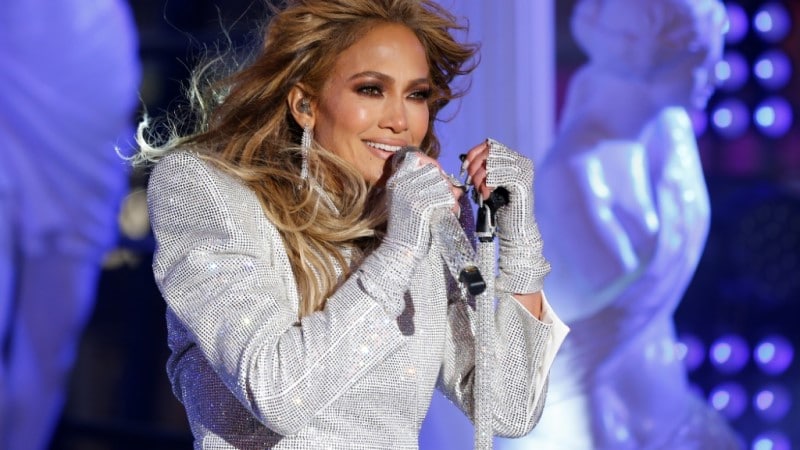 Jennifer Lopez was one of the performers in Times Square

Confetti fluttered on to frontline workers scattered across Times Square after fireworks burst above eerily quiet landmarks from Sydney Harbour Bridge to Copacabana beach, as the world ushered in the New Year with muted celebrations and said good riddance to a pandemic-ridden 2020.

After a grinding year that has seen at least 1.8 million people die from Covid-19, fresh waves of infection have sparked renewed lockdowns and forced would-be revelers to extend their 2020 tradition of watching events from the sofa.

In New York’s famous Times Square, the usual overflow crowd was replaced with a group of specially invited frontline workers, separated by barricades to enforce social distancing. The public was blocked from the square, where a crystal ball dropped at midnight following performances from stars including Jennifer Lopez and Gloria Gaynor. 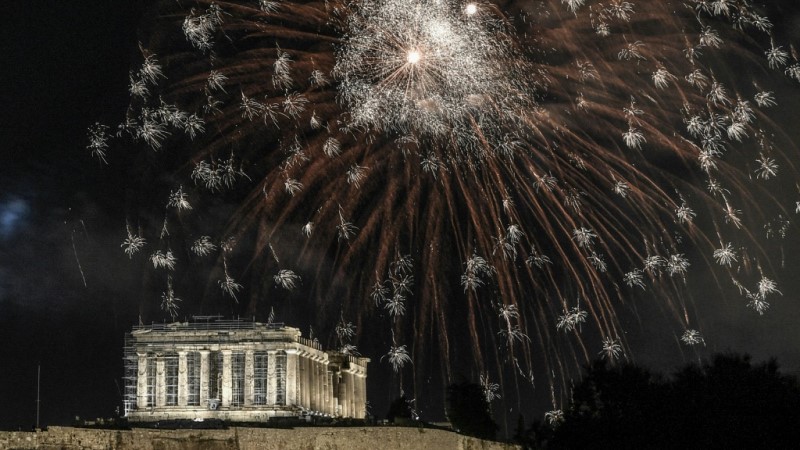 Fireworks explode over the ancient Acropolis in Athens during the new year’s celebrations on December 31, 2020

“I think I feel hopeful. It can’t get much worse than the last year,” 31-year-old actress and nanny Jordan Mann told AFP from her home in Brooklyn. “I’m just really hoping that we have a lot more wisdom next year from the leaders in our country and that they’ll actually be able to help us out,” she said as she spent the night with her roommates eating Indian takeout.

President-elect Joe Biden, who will take office in January, sounded a positive note as the US, the worst-hit country by Covid-19, is nearing 20 million recorded infections and 345,000 deaths.

“I’m more optimistic about America’s chances than I’ve ever been,” he said in a video interview on ABC’s countdown program.

“America can do anything and I’m absolutely positively confident, confident we’re gonna come back and come back even stronger than we were before.”

In Brazil — where 195,000 people have died of Covid-19, the second-highest death toll — Rio de Janeiro blocked the usual swarms of revelers from gathering on Copacabana beach.

That did not stop people from lighting up the city’s iconic skyline with amateur fireworks of their own, whose booms competed with the banging pots of critics protesting against far-right President Jair Bolsonaro, the leader dubbed the “Tropical Trump.” 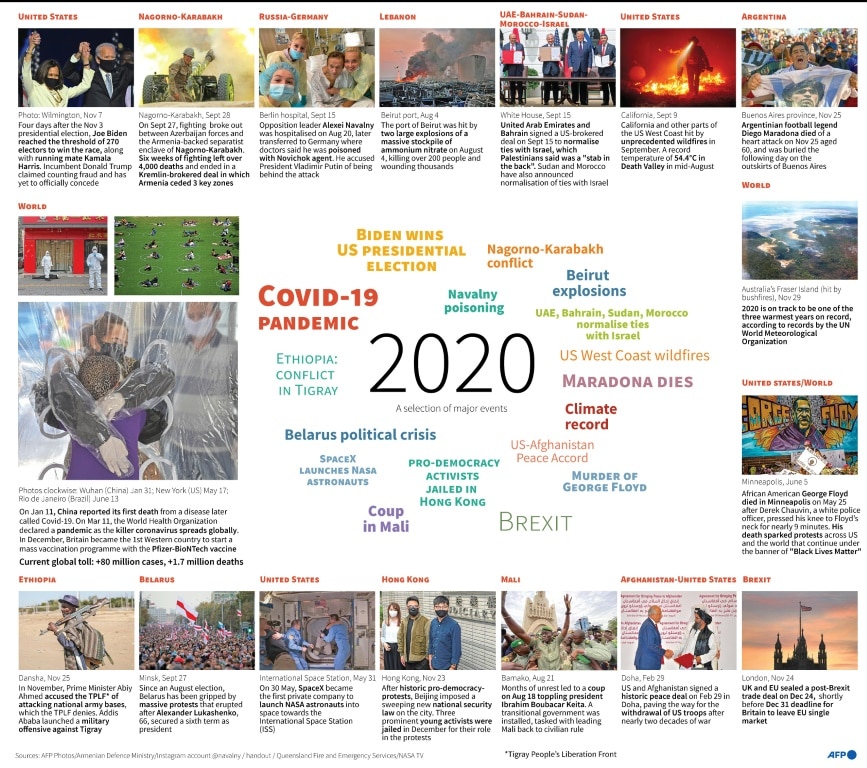 The eagerly awaited first seconds of 2021 fell on the Pacific nations of Kiribati and Samoa from 1000 GMT. The uninhabited Howland and Baker Islands will be the last to tip over into the New Year.

In New Zealand, which has won plaudits for its handling of the coronavirus, large crowds gathered in Auckland for a fireworks display. 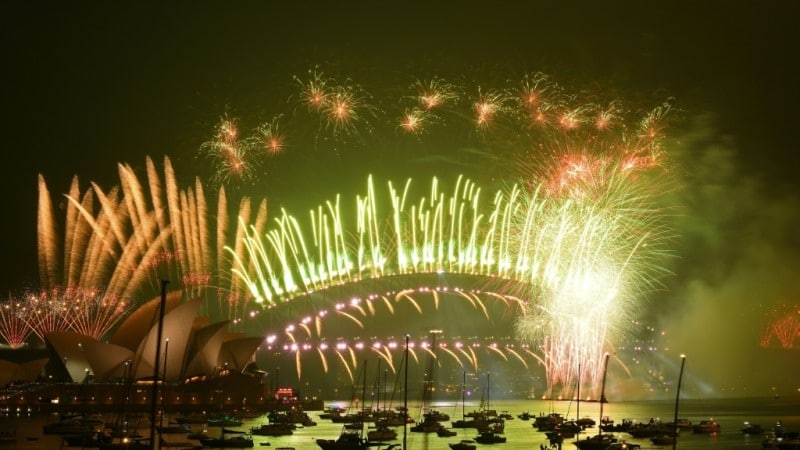 In Australia’s largest city, Sydney, fireworks lit up the glittering harbor with a dazzling display, but few spectators watched in person.

“I think everybody is looking towards 2021 as a fresh beginning and a fresh start,” Karen Roberts, among the lucky few who were allowed past checkpoints around the area, told AFP at a bar nestled under the Sydney Opera House. 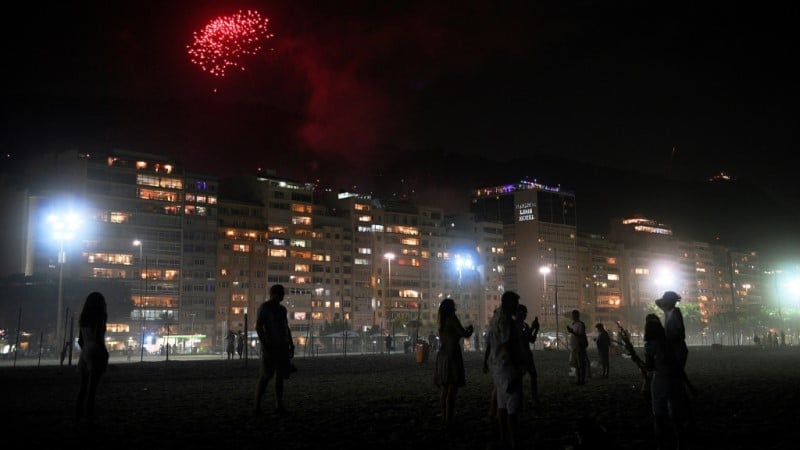 Some Hong Kongers, despite restrictions, ventured out to mark the start of the year, gathering on the Victoria Harbour waterfront to take selfies.

In Tokyo, where residents face the prospect of a state of emergency after infections touched new highs, people queued in face masks to offer New Year prayers. 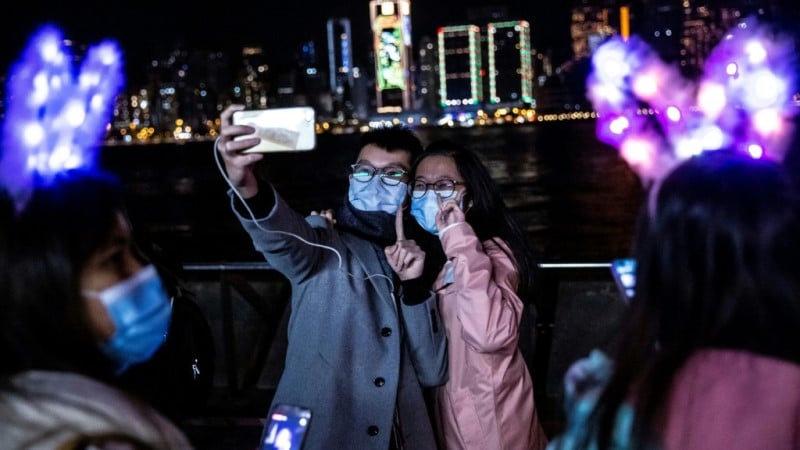 Elsewhere, the mood was more downbeat.

In Russia, President Vladimir Putin acknowledged in a New Year’s address that a second wave of Covid-19 was battering the nation.

“The fight against it does not stop for a minute,” he said. 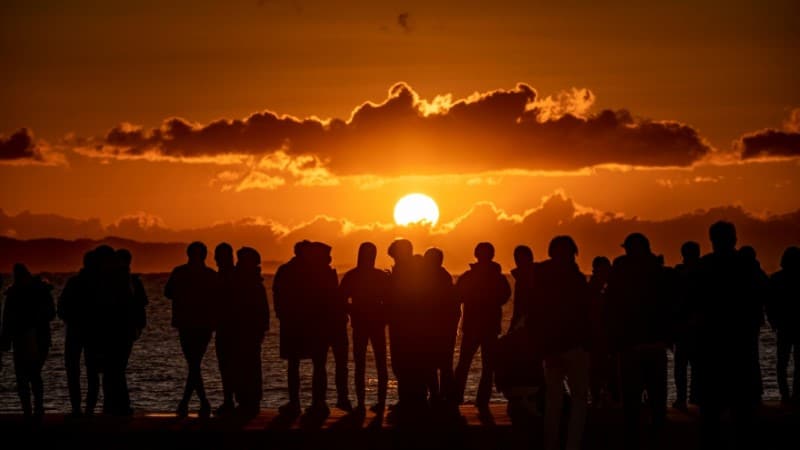 People gather at Southern Beach of Chigasaki to watch the sunrise on New Year’s Day in Kanagawa Prefecture, southwest of Tokyo on January 1, 2021

Italy — where shocking images of makeshift morgues and exhausted medics awoke the world to the severity of the crisis — is on a nationwide lockdown until January 7 with a 10 pm curfew in place.

From France to Latvia and Brazil, police and — in some cases — military personnel were deployed to enforce curfews or bans on large gatherings. 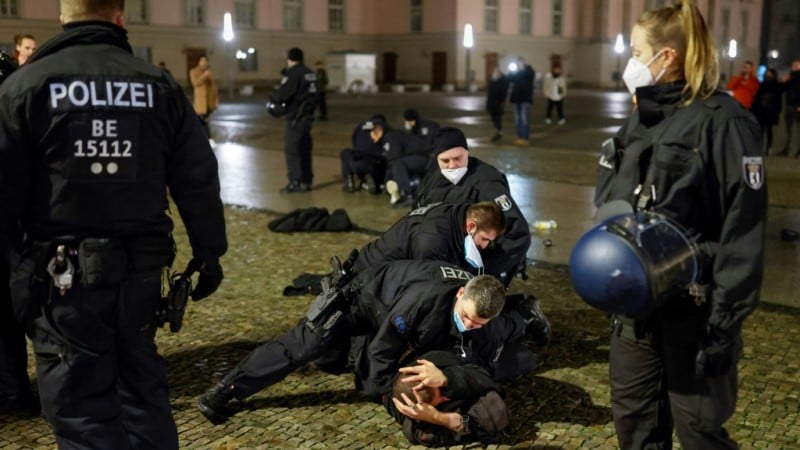 Paris and Athens both featured socially distanced gatherings, with a virtual concert and light show over Notre Dame in the French capital and fireworks over the Acropolis in Greece.

Police ordered them home well before midnight, however. 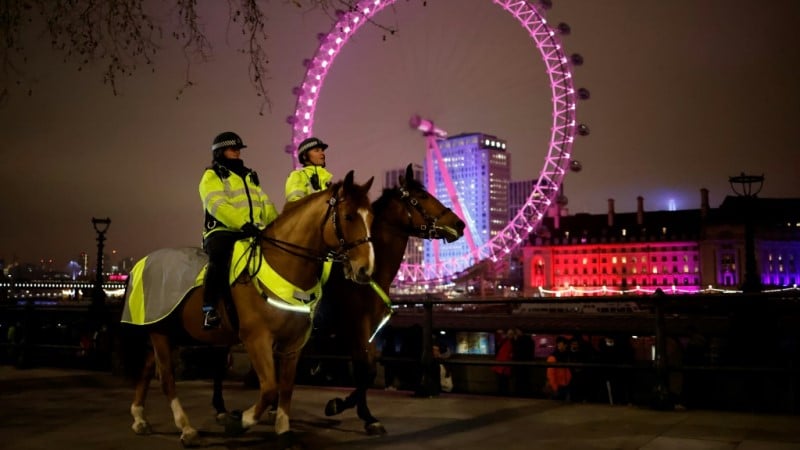 A fireworks and laser show was held in Dubai at the Burj Khalifa, the world’s tallest tower, where there has been a slew of new cases. Those watching were required to wear masks and register with identifying QR codes.

On the banks of Lake Baikal in Siberia, where temperatures plummet to as low as -35 degrees Celsius (-31 Fahrenheit), around a dozen Russians emerged invigorated after a New Year’s Eve ice dip. 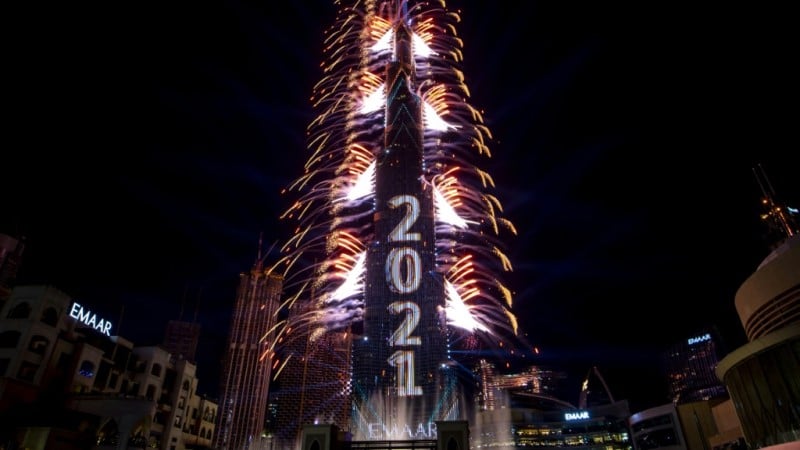 Fireworks on the Burj Khalifah tower in Dubai during the New Year’s Eve celebrations on December 31, 2020

The swimmers, known in Russia as “walruses,” ran several kilometres (miles) through a snowy forest in swimsuits and festive costumes before plunging into the world’s largest freshwater lake.

German Chancellor Angela Merkel used her New Year greeting to warn the coronavirus crisis would extend into 2021 even if vaccines bring some hope, as police clashed with revellers near the Brandenburg gate in Berlin.