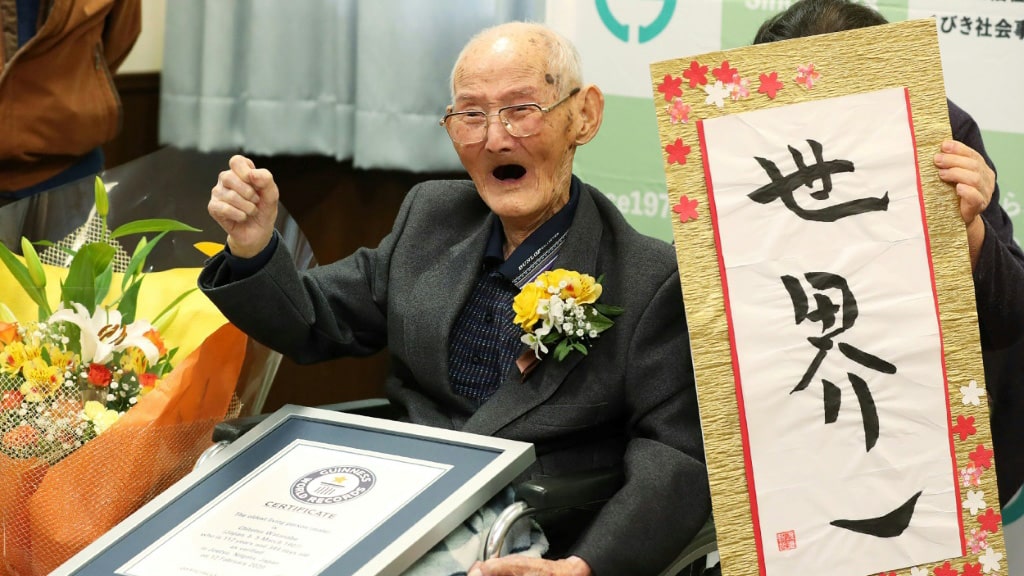 Japanese Chitetsu Watanabe, aged 112, poses next to the calligraphy reading in Japanese ‘World Number One’ after he was awarded as the world’s oldest living male

A 112-year-old Japanese man has been crowned the world’s oldest male, claiming that smiling is the key to longevity.

Chitetsu Watanabe, who was born on March 5, 1907 in Niigata, north of Tokyo, was officially given the title at his nursing home in the city, Guinness World Records said Wednesday.

Watanabe, who is married with five children, said the secret to longevity is to “not get angry and keep a smile on your face.”

He admitted a penchant for sweets such as custard pudding — but it appears to have done him no harm.

Japan has one of the world’s highest life expectancies and has been home to several people recognized as among the oldest humans to have ever lived.

They include Jiroemon Kimura, the longest-living man on record, who died soon after his 116th birthday in June 2013.

The oldest verified person ever — Jeanne Louise Calment of France — died in 1997 at the age of 122, according to Guinness.