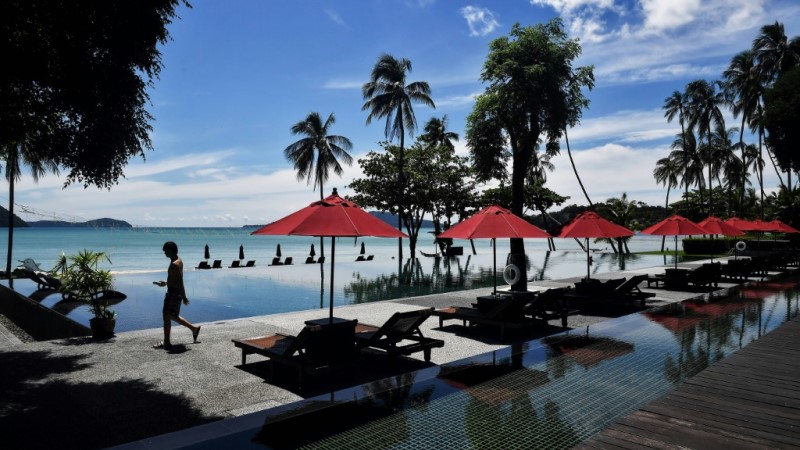 Today, nearly all 3,000 hotels in Phuket are closed

Phuket’s go-go dancers sit playing on their phones in empty bars lining deserted streets as the Thai tourist island reels from the ravages of the pandemic with little sign of any recovery soon.

Swimming pools are empty, chairs are stacked high in deserted restaurants and normally packed beaches are so quiet they are even seeing rare species of sea turtle arriving to nest.

Today, nearly all the island’s 3,000 hotels are closed and the main town of Patong has become a “ghost town”, says local tycoon Preechawut Keesin, who owns five nightclubs and around 600 hotel rooms. 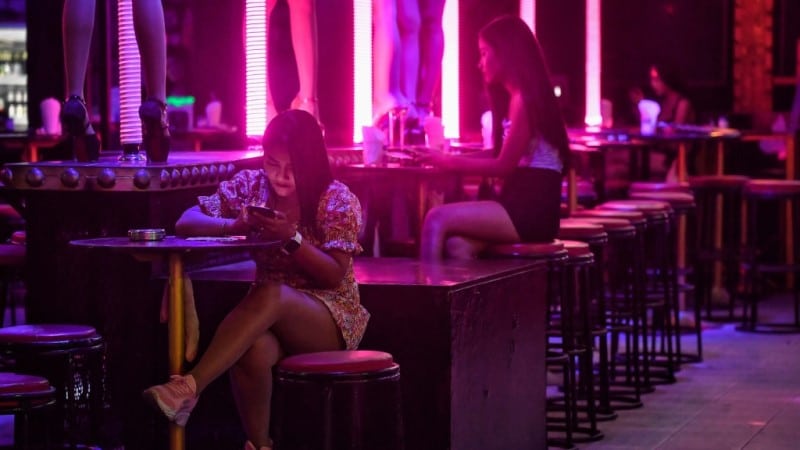 Thailand has so far remained relatively unscathed from the global outbreak with around 3,600 confirmed cases and just a few dozen deaths.

But the kingdom’s decision to concentrate on beating the virus has dealt a brutal blow to the economy, which is expected to contract 7-9 percent this year and leave millions unemployed.

“My boss wants to help the staff keep their jobs, but I don’t think we can survive after the end of the year,” sighs Jantima Tongsrijern, manager of Pum Pui bar. 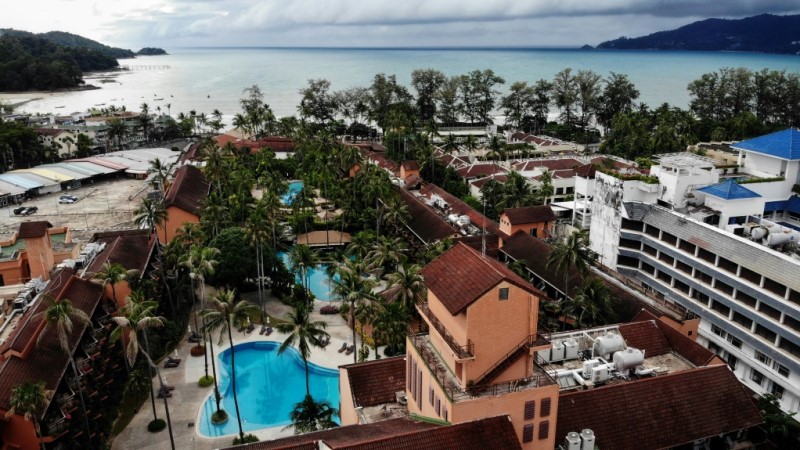 In normal times, 80 percent of the island’s profits come from tourism, a sector that employs more than 300,000 people.

Tens of thousands of those who have lost their jobs have returned to their home provinces.

Life is hard for those sticking it out.

Some have accepted huge pay cuts, while others have little choice but to join the long lines at the food distribution centers or scrape together an income where they can. 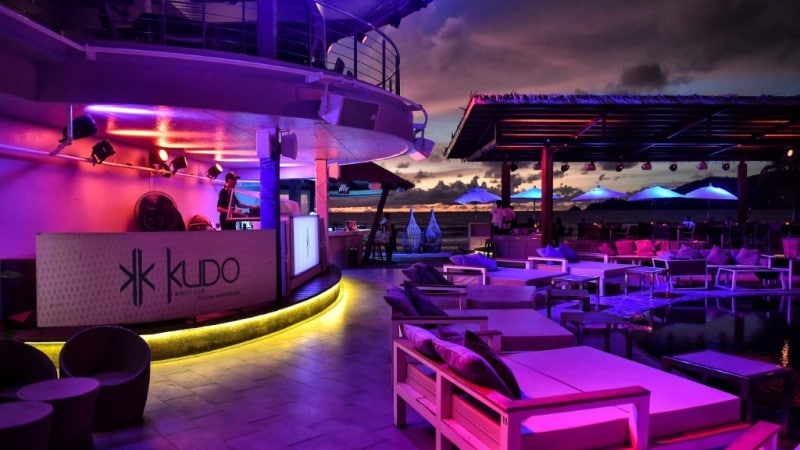 Thailand’s decision to concentrate on beating the virus has dealt a brutal blow to the economy, which is expected to contract 7-9 percent this year

With her business a victim of the pandemic, she now sells desserts from a streetside cart, making just $3 a day to try to cover her children’s school fees.

“We’re just fighting to survive,” says fellow street vendor Poi, fired in June from the restaurant where she used to work.

Phuket has been due to welcome Thailand’s first foreign tourists since April in a cautious experiment by the kingdom, but their arrival keeps being pushed back.

And the two-week compulsory quarantine and high price tag — several thousand dollars a person — will mean this is a niche market.

“We will have to focus on developing local customers and individual travelers rather than mass tourism,” says Preechawut Keesin.

Before the pandemic, domestic holidaymakers only made up 30 percent of visitors to Phuket, prompting the local tourism industry to rethink its business model.

Trial packages are already being offered to domestic tourists for as low as $30 for two nights, flights included from Bangkok — but the rock-bottom prices mean hotels will likely not even recover their costs.

“We don’t expect a return to normal for three years,” forecasts Kongsak Khoopongsakorn.

“The situation is much worse than after the tsunami in 2004.”