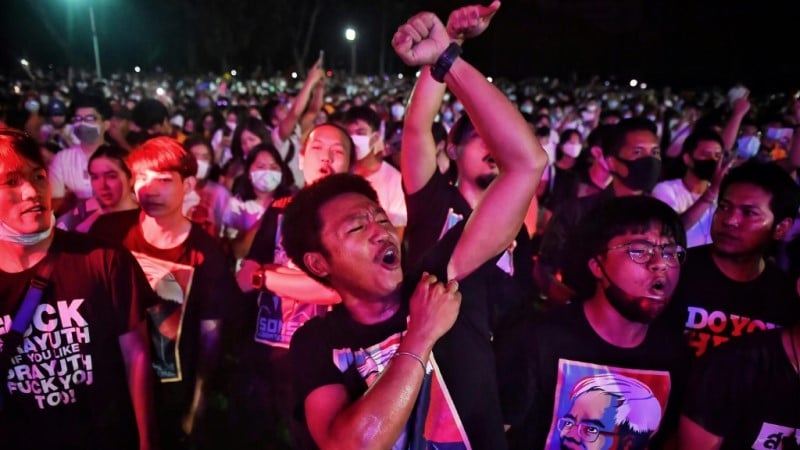 “(It’s) the love for freedom and the courage to fight for change,” he told AFP. 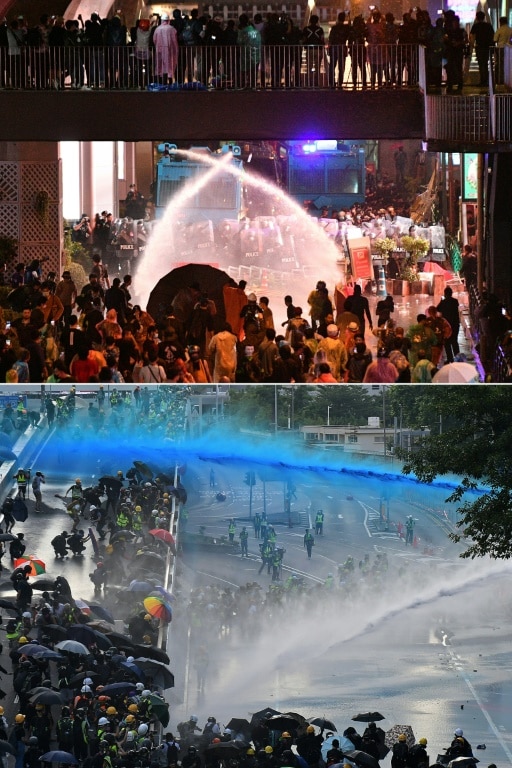 Both movements are primarily motivated by inequality and democracy, but in pushing for a greater say in how their fates are forged they are taking on formidable foes resistant to change.

For Hong Kong, it is the Chinese Communist Party, which crushes dissent on the mainland and has increased control over the restless semi-autonomous city.

Beijing has rejected calls for greater democracy and police accountability, and has since blanketed the finance hub in a national security law that has, for the meantime, snuffed out mass dissent.

In Thailand, it is the monarchy — backed by the powerful, coup-prone military — that sits at the apex of the political pyramid.

For now, it is unclear how the palace will react to the Thai protests, but in previous periods of turbulence it has played a pivotal role in deciding the outcome.

Rule of Law or Rule by Law?

The way authorities use the law have been key catalysts.

The initial spark in Hong Kong was an eventually aborted attempt to allow extraditions to the authoritarian mainland’s party-controlled courts.

The protest movement then morphed into a wider push for universal suffrage and opposition to Beijing’s rule.

In Thailand, the kingdom’s draconian lese majeste law — which shields the monarchy from criticism — has been a crucial component of calls for reform, as well as prosecutions under broadly-worded sedition and cybercrime laws.

The current round of protests came after activist Wanchalearm Satsaksit was allegedly kidnapped in Cambodia in June. He hasn’t been seen since. 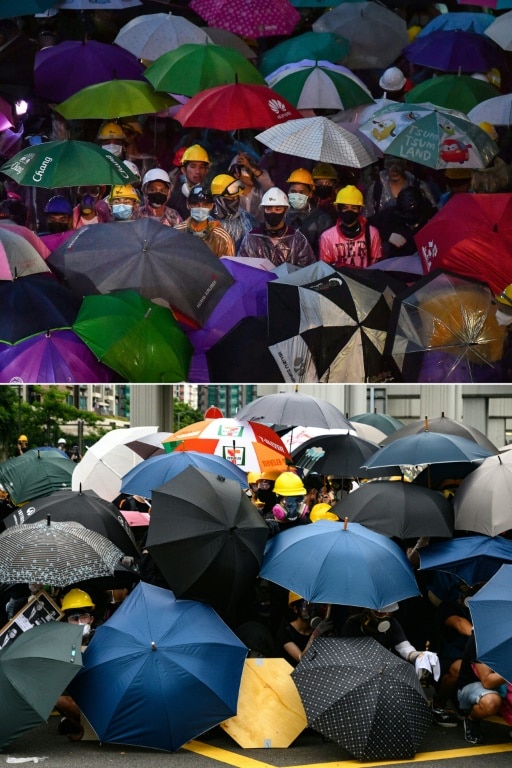 Protesters wearing helmets and holding umbrellas during a rally in Bangkok on October 18, 2020, and (bottom) protesters in Hong Kong on July 27, 2019

Youngsters are at the heart of calls for reform.

But the frontline activists — and those embracing increasingly violent tactics — were overwhelmingly young. Many face prosecution and years in jail.

Some of Hong Kong’s most visible activists, such as Joshua Wong and Agnes Chow, were teenagers when they first got involved in politics.

Thailand’s protest leaders — most of whom have been arrested in the last week — are in their early twenties and are similarly more willing to embrace confrontational tactics than older generations. 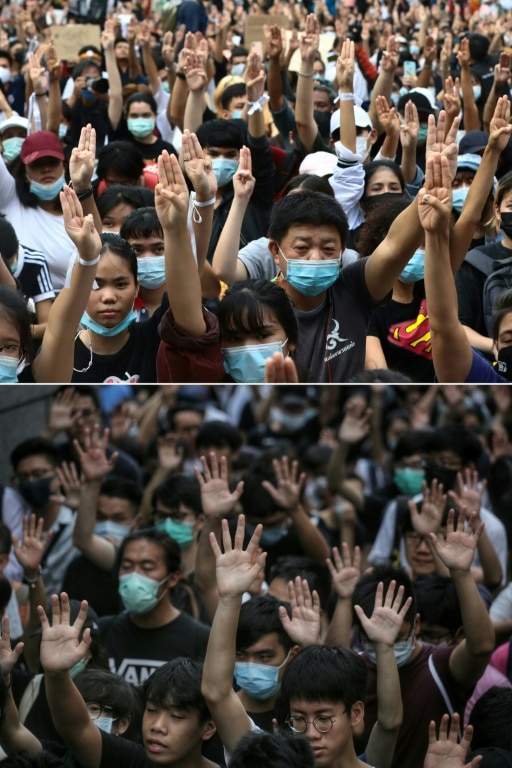 Protesters giving the three-finger salute in Bangkok, compared with demonstrators holding up their hands to symbolize their five demands that in Hong Kong

In Hong Kong, young activists were far more willing to embrace the idea of autonomy and even outright independence from China — a concept that remains a red line for Beijing.

In Thailand, even talking about the concept of reforming the monarchy is enough to land someone in jail.

But people have begun to lose that fear.

Young activists have given speeches for the lese majeste law to be abolished and called for the king’s huge personal wealth — estimated to be some $60 billion — to have a clear division of assets between public and personal.

Thai protesters donned hard hats, goggles, gas masks and umbrellas against water cannon over the weekend in images that could have come straight out of Hong Kong last year.

Young activists in both places have also swapped tactics online and offered messages of support.

Both movements are using encrypted social messaging platforms to mobilize, and have opted for flashmob rallies — especially since authorities arrested key leaders. 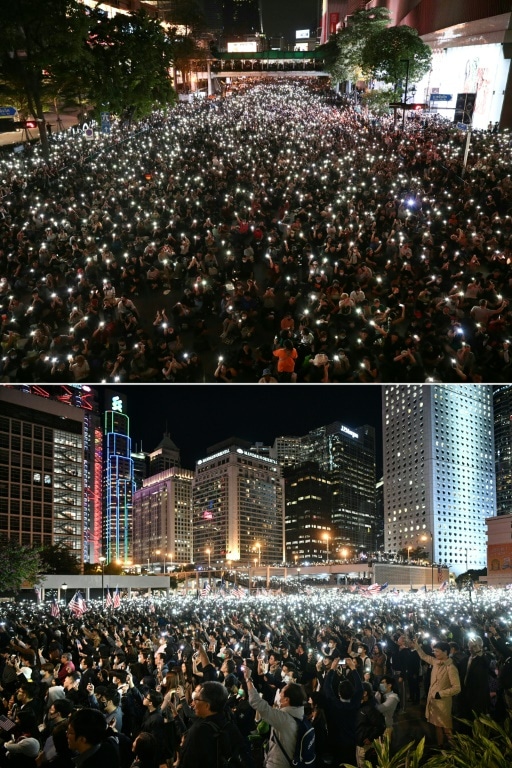 In Hong Kong, a raised palm symbolizes the “Five demands, not one less” slogan.

The Thais meanwhile have embraced a three-finger salute from the dystopian movie “The Hunger Games”.

by Dene-Hern Chen with Jerome Taylor