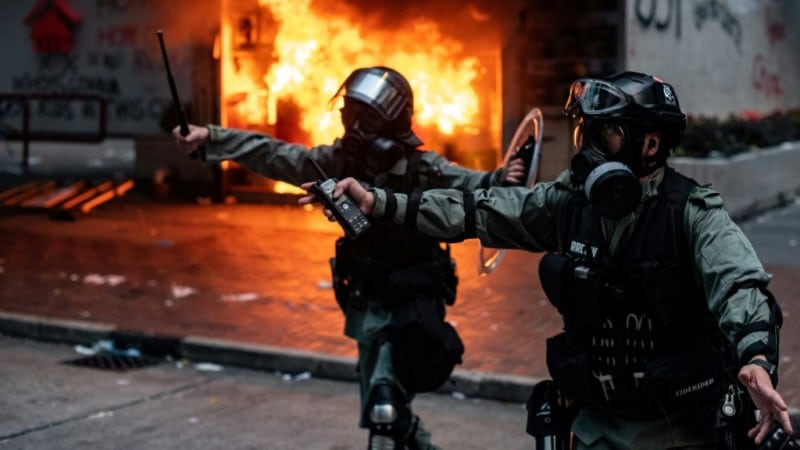 More than 10,000 people have been arrested in relation to massive demonstrations that convulsed Hong Kong for more than half a year in 2019

A Hong Kong teenager became the youngest person so far to plead guilty to rioting during 2019’s huge pro-democracy protests on Wednesday, as he admitted throwing a petrol bomb at police when aged just 14.

The judge accepted advice from the city’s correctional services and sent the 16-year-old boy to a detention centre, an alternative to prison for young offenders.

The period of detention will be decided by the correctional services, with a minimum duration of one month and a maximum of half a year.

The teen, who cannot be named for legal reasons, was 14 years old at the time of his arrest in November 2019.

He was convicted of rioting and arson after pleading guilty and admitting throwing a petrol bomb towards the police under the instruction of others.

“The court must make a balance between society’s interests and helping young offenders,” District Judge Ernest Lin ruled, as he sent the boy to a detention centre.

More than 10,000 people have been arrested in relation to the massive demonstrations that upended the city for more than half a year in 2019 — about 40 percent of them students.

The protests became increasingly violent as each month passed, with police left to battle demonstrators as authorities refused any major concessions.

Since then Beijing has overseen a widespread crackdown in Hong Kong including the imposition of a sweeping national security law that has outlawed much dissent.