Is Indian Hip-Hop the Next Big Thing?

When it comes to music hits in Asia, many people from the west are only familiar with K-pop. However, there has been an emerging hip hop culture in India that is about to take the world by storm.

Many pairs seamlessly go together: peanut butter and jelly, tequila and a slice of lime, Netflix and chill, and India and hip hop. Yes, you read that right. The country famous for producing films has a new obsession, and just like its movies, it’s about to blow up.

India is the second-most populous nation in the world. This is why it’s no wonder why its influence on the global market is heavy. Just a few decades ago, Indian hip hop was basically unheard of. So how did this former unrecognized music genre creep its way into the hearts of the country’s biggest movies and artists?

The Emergence of Hip-Hop in India

With local rappers, hip-hop artists, and millions of fans, Indian hip hop is a forced to be reckoned with.

The meteoric rise of Indian hip hop is similar to how the genre became popular in other countries like the US and UK – starting in the streets. Just two years ago, inequality was at its peak in a hundred years. In a big city like Mumbai, businessmen wearing thousand-dollar suits, celebrities in glamorous makeup, and people who had nothing to eat brush shoulders.

In a way, hip hop became a voice to those who dared to speak up. It was seen as the means of communication of people who felt ignored and left out by those who are in power.

People, especially the youth who were part of the marginalized sector turned to hip hop to air out their grievances when it comes to poverty and the widening financial gap between the rich and poor. Instead of holding placards in the streets to do protests, they had microphones on their hands.

Hip-Hop’s popularity catapulted when it became the subject of a hit movie entitled Gully Boy, starring the country’s biggest stars, Alia Bhatt and Ranveer Singh. The film was inspired by the Dharavi slums and its underground rap movement.

In the US, hip-hop is almost synonymous with the likes of Kanye West and Jay-Z. India also has its fair share of artists who capitalized on the genre’s rise to fame. Divine, a self-confessed gully rapper sings about what’s it like to grow up in the streets. In his songs, you can never hear him bragging over Lamborghinis and designer clothes.

In an interview with BBC News, he said that when he sings, “I’m talking [about] how I grew up, how I was left alone in this jungle, full of snakes and rats… We don’t have cars, we don’t have guns, so we don’t talk about that.”

The breakout star was heavily inspired by Jay-Z and Naz. Because his upbringing was rough, he is not fluent in English. Despite this, he was inspired by the world-famous musicians who incorporated local slang in their rap. This gave him the idea to rap in Hindi. Similarly, many artists also rap in their native tongue, which may be Tamil, Marathi, or Gujarati.

Fans are also starting to welcome female musicians such as Dee MC, who like her male counterparts, want to shine a light on inequality.

“I think people fail to realize that there is a larger side of India where women are still treated unequally. Inequality is an understatement to express what really goes on in rural India. Definitely things need a lot of work, even in urban areas inequality and sexism exist indirectly if not out in the open,” she shared in an interview with Madame Rap. 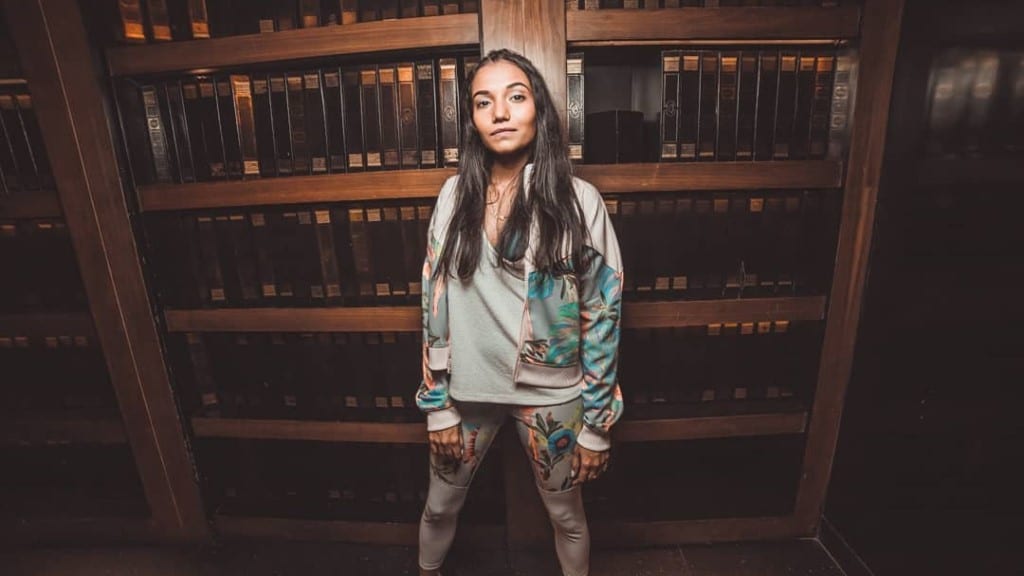 The Future of Indian Hip Hop

Although the majority of the older generation still thinks that hip hop is something only kids are momentarily involved in, it is slowly getting accepted by society thanks to the media.

Now, more international music labels and streaming services are capitalizing on their skills. Considering the impressive popularity of hip hop and its ability to resonate with the masses, it’s only a matter of time before it reaches global popularity.