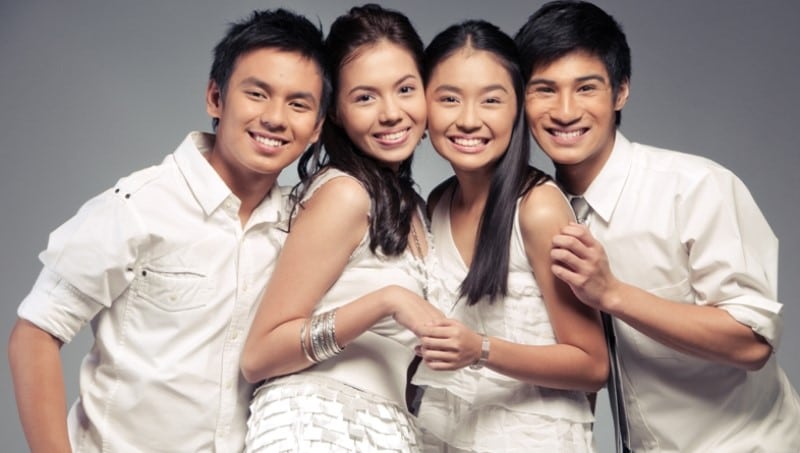 With TV shows like Mara Clara leaving an indelible mark in the Filipino free TV psyche,is there really any way out of the nightmare of recycled daytime TV?

In the mid-90s, when the rest of the world was doing the Macarena and worrying about the Y2K/millennium bug, television viewers in the Philippines were enamored by the teenage drama star Judy Ann Santos in the ‘epic’ teleserye “Mara Clara,” which aired for a whopping five years, from its initial broadcast in August 17, 1992, until its hyper-extended and much-needed conclusion in February 14, 1997.

While plots certainly thicken (which was not the case of the Mara Clara story, which revolved around Clara mistreating Mara – the two being switched at birth, making one poor and the other one rich, but it took eons before that was actually resolved), it’s hard to imagine why Filipino viewers, more than a decade later, would still be interested in this kind of fluff from the big TV networks.

We can say that nineties daytime TV successes like Mara Clara would become a template for what would flow next into PH free TV in the coming years, for better or for worse – mostly worse.

After exhausting the limited permutations of villains and love teams in the local showbiz scene, the big networks began spreading its wings – literally – to import a chain of drama series from other countries.

The 2000s was the era of “Asianovelas” or drama series from Taiwan and Korea, with Meteor Garden spearheading the new daytime addiction. Since the shows were dubbed (sometimes quite badly, I’ve been told), people developed a knack for ignoring the mouth movement of the actors and actresses, and instead focused on the audio instead – because boy, those two will never match.

Korean drama series also began pock-marking PH daytime and primetime slots, prompting networks to coin names for the sudden influx of foreign shows (“Korean Invasion” being one of the more common promotions for these shows, as if being invaded was fun, or acceptable, to begin with).

Years before people lost their minds to slim leading men from Taiwan and Korea that sported cool hairstyles, toxic masculinity, and the tendency to emotionally blackmail their leading ladies, network giant ABS-CBN was already experimenting with broadcasting Filipino-dubbed Spanish telenovelas like Maria Mercedes, following the success of the primetime series Marimar on the RPN 9 network.

Marimar was absolutely insane. This Spanish telenovela created a cult following comparable to what charismatic church leaders enjoyed on a daily basis.

I could still remember my cousins from Pampanga who trooped in front of our TV every evening, even if the TV’s reception was really bad, so they wouldn’t miss an episode of Marimar. They would hoot, jeer and scream at the TV when Marimar was getting (routinely) abused by the wealthier characters.

The Mexican actress Thalia (Ariadna Thalia Soli Miranda in real life) certainly made a huge and erogenous impact on the Filipino psyche as the perfect sexy, wild lady. That’s mainly it – no one could stand seeing a pretty lady getting a sour deal in life.

The 2013 adaptation of Maria Mercedes (which also starred Thalia in the Spanish original) is proof that while it’s possible that you don’t know any Spanish, you can always appreciate afternoon melodrama inspired by Mexico’s TV drama writers, as long as there’s a pretty face in the mix (FHM favorite Jessy Mendiola was cast as Maria Mercedes).

This year, the big TV networks are going back to their roots in local drama: they’re now using local pocketbook romances as the bases for their daytime TV shows. So right after watching Eat Bulaga (an afternoon variety show that God only knows what the format really is) or Showtime (another afternoon variety show that God only knows what it’s truly about) viewers can satiate themselves with romance pocketbook-inspired dramas like Kadenang Ginto (literally, ‘Golden Chain’), Playhouse (no way) and Los Bastardos (holy crap) that pack the same kind of vibe as Mara Clara, Maria Mercedes, Marimar, Meteor Garden and… wait, do these sound familiar?