One of the leading Japanese designers Yohji Yamamoto is finally launching The Shop Yohji Yamamoto, his web store that will carry all his brand labels. The Tokyo and Paris-based designer is best known for his unique tailoring featuring traditional Japanese aesthetics.

If you love online shopping, you better get your credit card ready. One of the biggest names in fashion, Yohji Yamamoto, has launched his official web store called The Shop Yohji Yamamoto.

Famous for his Avant Garde style, Yohji Yamamoto’s rebellious spirit shines through in his oversized silhouettes and drapery in varying textures. The designer was born in Tokyo and graduated with a law degree from Keio University in 1966. Despite his illustrious background, it was his mother who was a dressmaker that became a major influence in his life.

Upon graduating university, Yohji’s mother allowed him to help with her shop and motivated him to enroll at Bunka Fashion College – a school that has yielded famous designers like Junya Watanabe and Kenzo Takada.

Following his fashion education, he got a prize to go to Paris for a year. Although this was an amazing opportunity, it was in his home country where he discovered his unique style. He started a ready-to-wear company and his pieces were noticed by illustrious buyers in major cities. This encouraged him to go back to the European fashion capital in the 1980s to open his shop. Since then, the famous designer has acquired a global following.

He boasts high profile collaborations under his belt such as Adidas, Tina Turner, Mikimoto, Hermes, and even Sir Elton John. 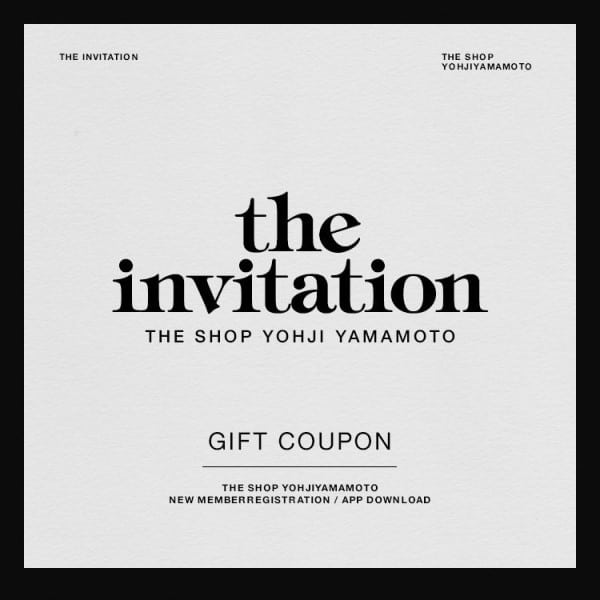 In line with the shop launch, the fashion house is also offering its customers “The Invitation.” This awesome gift serves as the invitation existing and new members can get for downloading the app. With it comes a $100 gift coupon that can be used for purchases $300 and above. The gift coupon became available from April 3rd.

Fashion addicts say those who are unhappy just don’t know where to shop. So what are you waiting for? Fill your cart with designer items and shop all your feelings away.