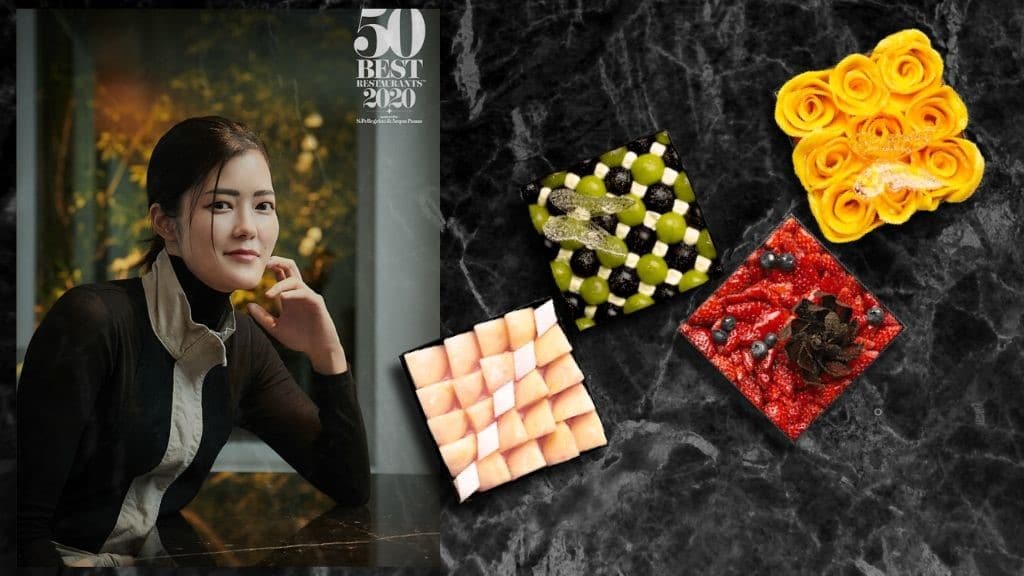 Since the start of her culinary career, Natsuko Shoji has been stunning her guests with flavor, presentation, and exclusive experience. Her creations will make you rethink everything you know about decadent dessert. Find out why the chef behind Été was hailed as Asia’s Best Pastry Chef.

Japanese chef extraordinaire Natsuko Shoji reigned supreme when she was awarded as Asia’s Best Pastry chef by Valrhona. With her brainchild Été, which means “summer” in French, she’s consistently taking the dessert world by storm.

In 2014, Shoji opened her own exclusive, invitation-only omakase which only caters to four people at a time. Located in the Shibuya neighborhood in Tokyo, Été is where she serves her line of signature cakes inspired by designer handbags and fashion houses. Some of her most distinctive creations are her strawberry cake that resembles the Louis Vuitton Damier print, and the peach cake inspired by the unique stitching on the Matelassé bags by Chanel. All her creations contain fruit and are served on a luxurious black box as if it’s a piece of precious jewelry.

Just last year, Shoji finally expanded her restaurant to a larger space and opened it to the public. Now, more diners can finally experience her exquisite handcrafted creations. Her new space even features a “cake lab” where customers can watch the master pastry chef make her famous cakes.

Whoever said fashion and culinary arts cannot be merged has never met Natsuko Shoji. The queen of cakes shared that her mother was an avid fashion lover, and this became such a huge influence on her.

“I love fashion too, that is how Ete’s cakes were born,” she added. At just 29 years old, the pastry chef has cemented her name in the male-dominated Japanese culinary scene and has also carved a distinct path for herself through her unique work.

According to Shoji, her favorite subject when she was in high school was home economics, adding that her early assignment to make cream puffs started her love affair with the culinary arts.

“I got very interested in baking, then I made a lot of cream puffs for my friends… it was such a wonderful way to make something for people who are important to me,” she said.

Right after she graduated high school, she nabbed a sought-after position at the most progressive French-rooted restaurant in Tokyo, Florilège, which holds the third spot on the Asia’s 50 Best Restaurants 2018 list, and boasts two Michelin stars. After spending three years under the tutelage of Hiroyasu Kawate, she opened Été.

Since her cake brand’s debut, she has prepared desserts for A-listers like David Beckham and world-renowned chef Ferran Adrià.

She charges $150 to $450 for her tasting menu, and $110 to $2,000 for her splendid cakes depending on the size and type. It’s also worth noting that all Été guests must first buy a cake before they can dine. While this may seem like a steep price for dessert, Shoji’s price is the way it is because of the quality of fruit she uses.

But why does she put heavy emphasis on fruit in the first place? While the rest of the world glorifies partaking on a complicated dessert after a luxurious meal, the Japanese would rather enjoy a shiny strawberry or a perfectly smooth slice of melon, both at peak ripeness.

Of course, it’s also worth noting that the flavor of Japanese fruit rivals every other food in the world. This is because Japanese growers design their trees to produce less fruit, to ensure that everything grows with amplified flavor.

Plans for the Future

When asked about her plans to expand in the future, she admits that she’s not considering the idea at the moment. According to her, maintaining the quality of her cakes is a priority.

“There is only one of Natsuko Shoji, and I cannot be at many places at once.”

There’s no denying a single taste of her luscious confections will change your life. The only thing you have to worry about is securing a seat at Été.