Ablo: Make Friends Around the World without Barriers 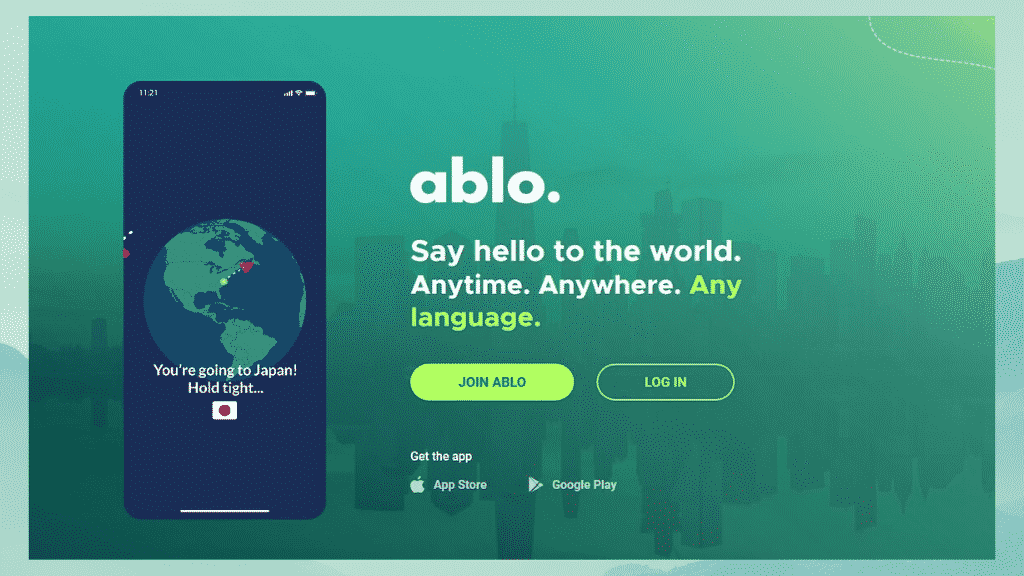 by Kari Amarnani
With Ablo, nothing can stop you from traveling the world and meeting people of different cultures in the comfort of your home

One of communication’s many hangups is the issue of a language barrier. Theoretically, if the world lived with one universal language, communication would be almost effortless. But the fact that it doesn’t, is what makes society beautiful. With diversity comes an understanding of cultures and ways of life— the challenge is bypassing these barriers in any way we can. Ablo makes this possible.

Ablo is a social media application that allows users to communicate with other users in their native tongue. It is a connection with the rest of the world, regardless of language, distance, and time. Users may interact with people from other continents in a no-holds-barred kind of setting. There is no such thing as a language barrier as the application automatically translates the message to the recipient’s dialect. It doesn’t stop there. Taking it a step further from chat, users may also engage in a video call with the app providing translated captions during the exchange.

The app was launched in January 2019 and has been downloaded over 6.5 million times in 180 countries. It is estimated to be making 50,000 friendships daily.

Ablo takes people all around the world. From Paris to Brazil to Japan— users get to meet people literally on the other side of the globe. This makes it possible to receive tips and information on a place one maybe plans on visiting, or even for no reason at all. The app brings convenience and unity in a span of only a couple of clicks.

And according to Google, it is one of a kind. Ablo was awarded the Best App of 2019 in the Google Play Awards due to its significant impact on society. The application’s mission of creating connections and blurring boundaries tugged on the heartstrings of many. Google stated:

“This year, one app truly stood out from the rest. It surprised and delighted us with its ingenuity and polish. Beautifully designed and thoughtfully executed, it is our Best App of 2019.”

Ablo is available in iOS and Android.