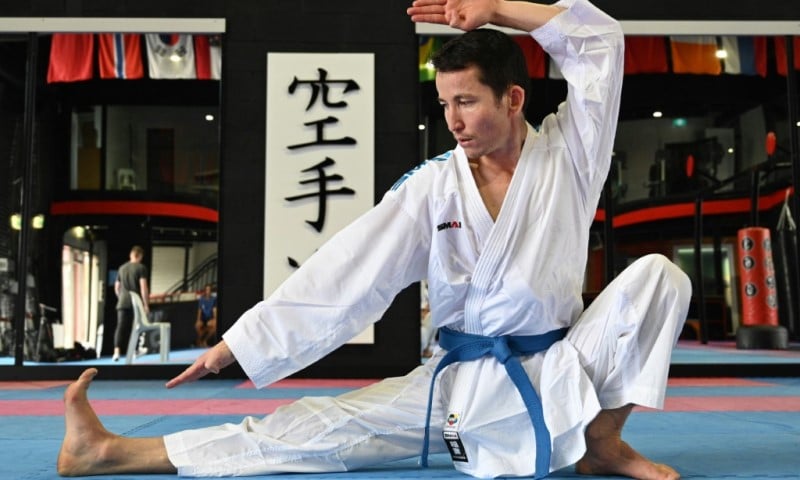 Asif Sultani has been fighting his way to the Olympics since he was seven years old, enduring persecution in Afghanistan and a grim journey to refuge in Australia.

But the karate black belt is now within punching distance of a spot at the Tokyo Games.

At 25, Sultani says he has seen “some of the darkest parts of humankind”.

As he vies for a spot on the Refugee Olympic Team, he is spurred on by memories of his harrowing journey to Australia, on a rickety boat where he nearly lost his life. 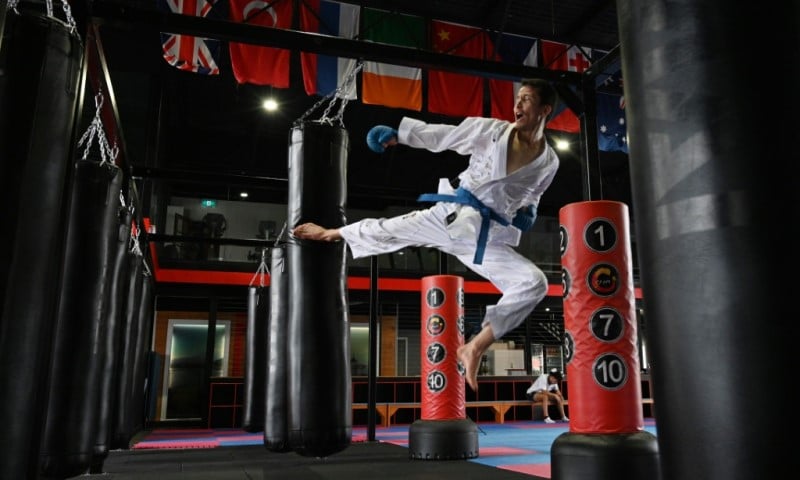 When the vessel broke down in the dark somewhere off Indonesia, panic gripped the more than 100 asylum seekers crammed onboard.

Others fought over the small number of life jackets, but Sultani never tried to find one for himself — he could not shift his gaze from a child playing as waves threatened to sink the boat.

“(The child) didn’t have any idea we were about to drown; it just reminded me of my own childhood,” he told AFP in a dojo in Sydney’s west.

Although the boat eventually kicked back to life and delivered Sultani to Australia, the child’s vulnerability shook him deeply, fuelling his Olympic ambition of representing the tens of millions of forcibly displaced children around the world.

“I have millions of reasons” to compete at the Games, he said.

He is now one of the 56 refugee athlete scholarship-holders competing for a place on the Refugee Olympic Team, which made its debut at the 2016 Rio Games. The team will be announced on June 8.

“That inspired me, seeing that first Refugee Olympic Team in Rio, and I said, ‘Finally, I can be part of that team, that not only represents myself but millions of other people around the world.'”

Sultani’s nine-year journey to Australia started when his family fled Afghanistan because of war and the persecution of their Hazara community.

On a “horrifying” trip to Iran, which Sultani compares to a nightmare, they were robbed by gunmen and terrified of being kidnapped or killed at any moment.

But any hope of a peaceful life in Iran was short-lived.

Spat at, beaten and bullied relentlessly, Sultani turned to martial arts to defend himself, training at an Iranian studio.

But as an undocumented refugee, he was kicked out of the gym within months. 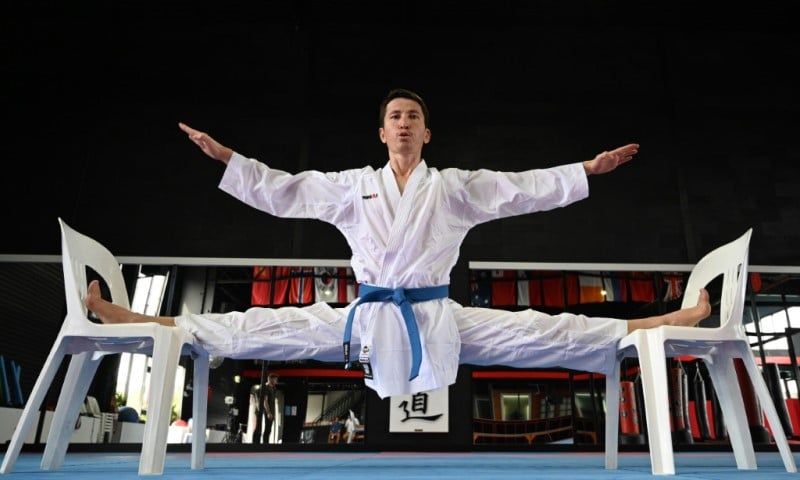 “I was heartbroken, and it was really, really hard for me because that’s the only thing that I had,” he said.

Without a gym or a trainer, he turned his backyard into a makeshift dojo and used classic Bruce Lee kung fu films for guidance — watching them repeatedly, and practicing his best moves with friends.

“He inspired me as a kid, you know, to never give up on my dream,” Sultani said.

But at 16, he was deported alone, back to Afghanistan.

Without his family and with conflict still raging, Sultani fled Afghanistan again, reaching Indonesia before boarding the boat to Australia. 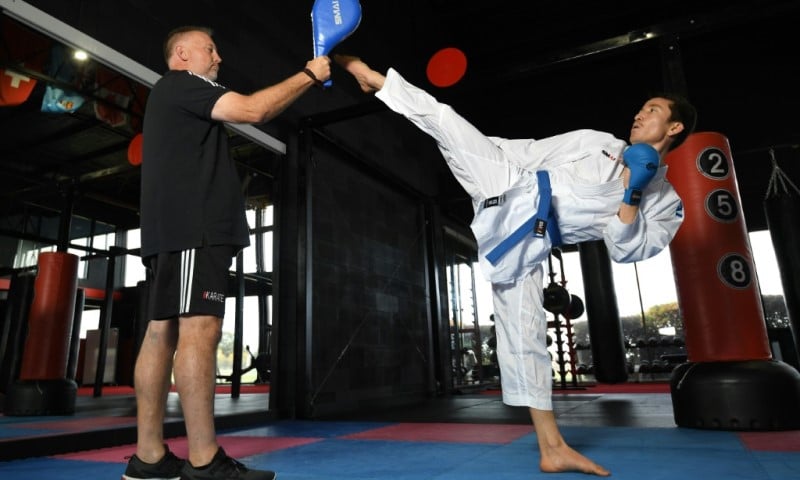 After his dangerous voyage, he would spend months in Australian immigration detention, where his commitment to training brought him support from the guards.

One officer would arrive early in the morning to run with Sultani, and others would encourage him too. The difference from his early life was stark.

“People’s support means everything to us because we’ve lost everything… I’m really grateful to this day to those officers that they actually encouraged me.”

After gaining refugee status, he settled in Maitland, north of Sydney, and began shaping his new life.

Aged 18, it was the first time he could get an education, so he enrolled in school and found a dojo.

With little money and no car, he would wake at 5am every morning and run to the dojo and back — clocking up 20 kilometres (12 miles) a day — before heading to school.

Since then, his commitment to the sport has only grown, and he credits karate with giving him the drive to overcome his life-threatening obstacles.

“Martial arts is about respect; it’s about discipline, about honour, loyalty, and resilience,” he said.

“It has been a big part of my life, and it did save my life as a child.”

As he waits to hear if he has made the team for Tokyo, he eyes a goal beyond gold — to give refugee children a role model they can relate to.

“That regardless of who they are or where they come from, they have the ability to achieve greatness.”