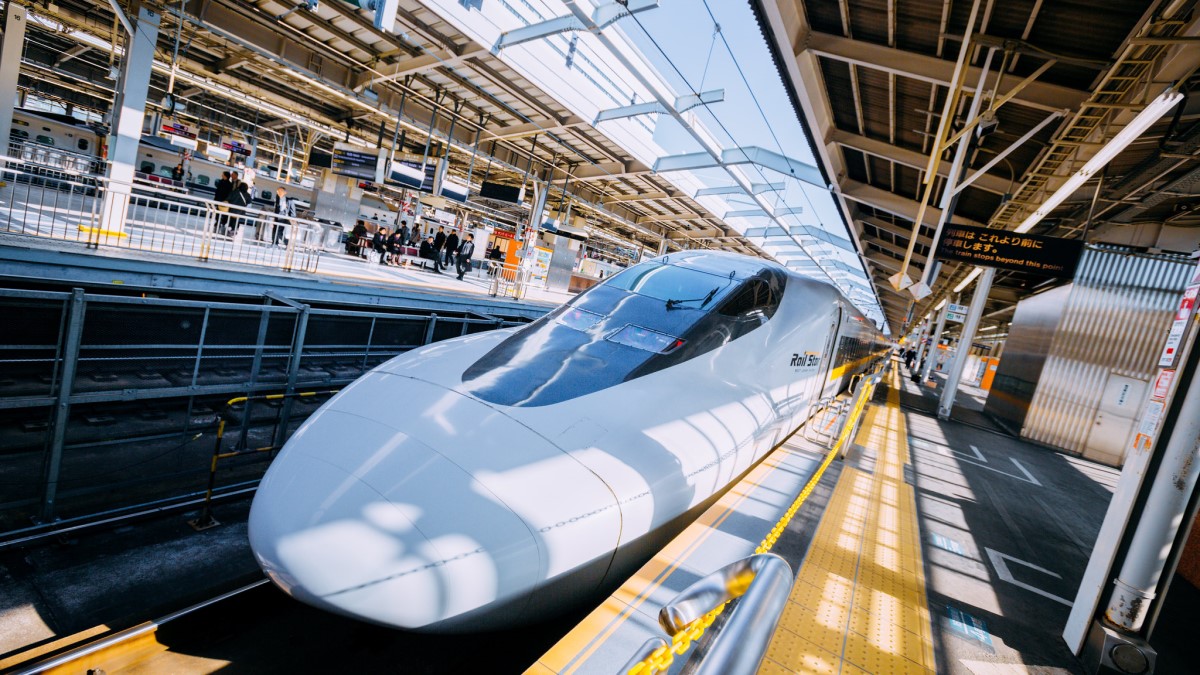 High-speed trains are still the cheaper, faster and more convenient way to travel

The constant development of transportation over the years has indeed made people’s lives comfortable and convenient. While the airline industry is among the fastest transportation sector worldwide in terms of cost and total mileage covered, high-speed trains are a popular choice of transportation. Trains are preferred due to cheaper rates, convenience, and fast travel time.

A recent analysis revealed that trains and compete for the top spot in terms of transportation choice, especially in key Asian and European routes. However, it seems that the former has more advantages than the latter due to several factors:

Thus, it can help save more time even if you commute daily to work. Unlike trains where you will mostly arrive within the destination of your choice, you may have to travel for hours to your intended destination after your plane lands on the airport.

2. Train travels can help you save money.

Train transportation also offer cheaper rates not like most airlines. So, if you are on a budget and time is of the essence, then catching a train ride can be your best option.

According to Rail Europe, a train emits up to 10 times less carbon dioxide than an . More so, high-speed trains generate the least amount of pollution even on long-distance travels.

Where to Find High-Speed Trains

Japan’s Shinkansen high-speed train, also known as the “Bullet Train”, is perhaps the top of mind as far as high-speed trains are concerned. It connects Tokyo, Nagoya, and Osaka, and has been around for more than 50 years.

Interestingly, this train system is actually a tough competitor among airlines with Tokyo-Osaka routes. The Shinkansen is also considered an iconic thing in Japan, aside from the fact that it is also the world’s oldest high-speed train still operating at present. 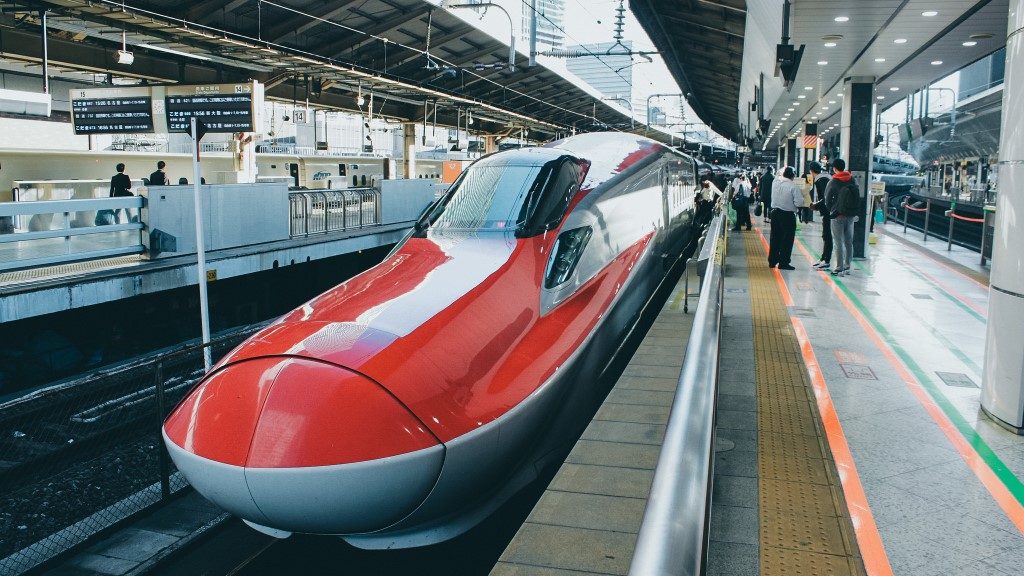 The Shinkansen is said to have a capacity of about 445,000 passengers a day. Despite the large volume of train passengers every day, Japanese trains, such as this one, are famous for its superb customer service, 100 passenger safety, and always on time.

However, Japanese high-speed trains also have their counterparts elsewhere around the world. Among them are the following:

The Eurostar opened its doors back in 1994 and has become synonymous with comfort, convenience, and speed. It connects Brussels in Belgium, Paris in France and London in Great Britain. From Brussels to London, it would only take about three hours and 18 minutes of total travel time. On the other hand, it would only take an hour and 41 minutes to get to Paris from London. 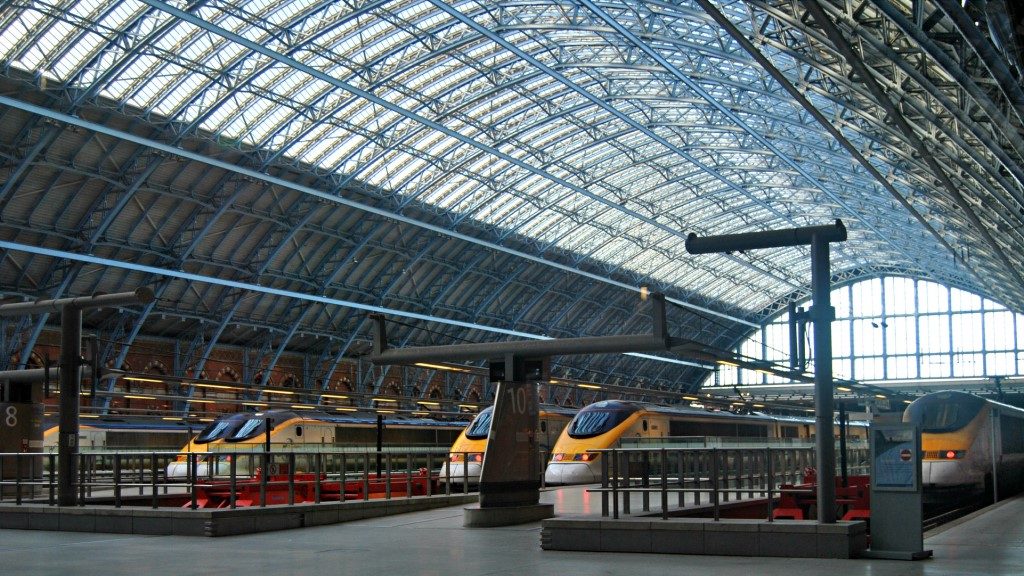 Eurostar promotes its eco-friendly features. In fact, the company reveals that they have up to 90 less greenhouse gas in a London-Paris route. In 2016, trains in Europe suffered some setbacks following a series of terrorist attacks. However, it eventually got back on track around last year and became business as usual.  An app called Trainline is available to search for 207 rail and coach companies.

Spain also has its own version of the high-speed train which connects key cities within the countries including Barcelona and Madrid. Like in other countries with airline counterparts, trains in Spain pose as major threats to the airline industry.

Back in 2007, the Madrid-Barcelona route was among Europe’s busiest air route. During that same time, high-speed trains in Spain weren’t a thing yet – until a year later. After the HSR’s launch, air travel decreased to 27 as compared to the previous year. From five hours, travel time from Madrid to Barcelona went down to two and a half hours.

This year, EVA will be launched and will charge up to 25 cheaper fares than the current AVE train line.

This transportation system boasts a maximum speed of up to 350 km/hr and can cut journey time within Beijing and Shanghai to almost four hours and thirty minutes. In addition, train ticket costs less, than when you fly within the same route. Nonetheless, the Fuxing bullet train provides a more affordable transportation option for seasoned commuters and .

How About the US?

While some parts of Asia and Europe have their own enhanced train systems, the US seems to lag behind. The US railway systems offer limited routes as well as old-school diesel-powered trains, which will most likely stay that way for a long time.

Another reason why trains are less popular in the US is the preference of planes when from one state to another. However, there are plans on renovating the train systems in certain US states like Texas, California, and Florida.

Train systems have changed the landscape of transport in major areas in the world, and perhaps more countries may see the potential benefits of using high-speed trains. Then again, it takes years of government planning and budget to materialize.