Most Popular Apps From Asia 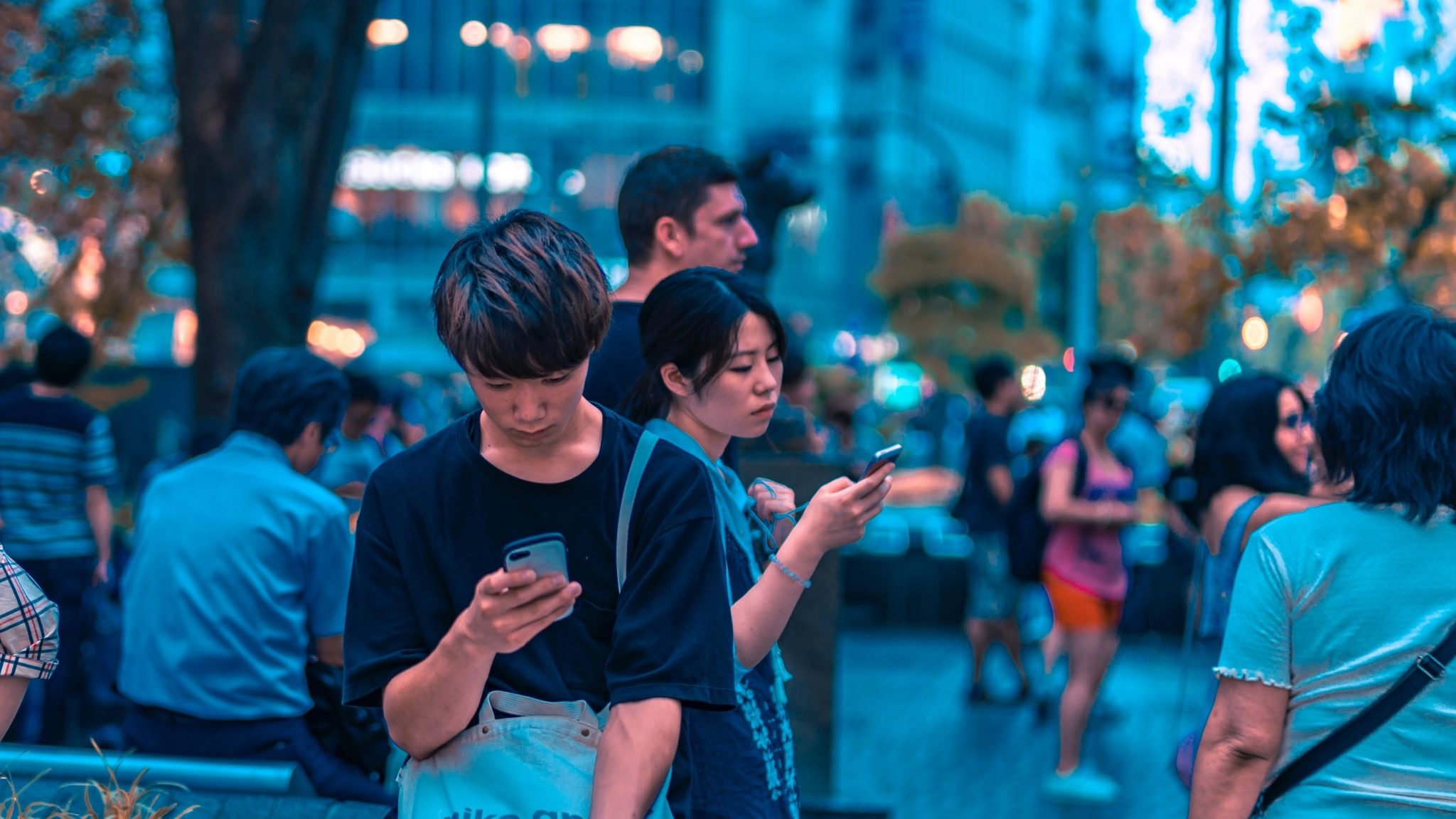 “There’s an app for that!” This ubiquitous phrase has become less of a company trademark (we’re looking at you, Apple) and more of a mantra in today’s smartphone generation. Dozens, if not hundreds, of new are being released every day. From lifestyle mobile apps, social media, utility tools, games, productivity, as well as news and information – there’s always that particular app(s) that would make our lives easier and more fun.

The app marketplace, dominated by two major names – Google Play (for Android) and the App Store (for iOS), is getting too crowded with all these tech products. Unfortunately, though, there would only be a very small percentage of them that would see the daylight of success. Regardless, app developers from all over the world continue to push for innovation.

One particular tech region that is making some big changes in the industry in Asia.

What is the first thing that comes to mind when people mention Asia? Exotic foods, fascinating culture, spectacular travel destinations? No matter what it is, you’d soon be adding “innovative app development” on the list.

This is a detailed look at some of the most popular mobile apps and tech services that are designed, created, and developed in Asia.

The users of these apps could number from ten million to a hundred million, and this huge throng of audiences doesn’t only come from Asian countries like China, Japan, Singapore, or Korea. The popularity of these mobile apps has reached on other continents such as in Europe and in North America.

The prevailing mobile trends in Asia which we believe you shouldn’t miss out. Let’s start with…

WeChat – the “app for everything” 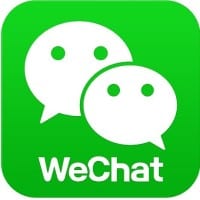 Also known as Weixin in its home country, WeChat is Tencent’s one-stop app where users can send messages, keep updated within the social circle, as well as conduct business transactions through its integrated mobile payment system.

The app’s continuing popularity, despite the rise of similar brands, is hugely attributed to its developer’s unrivaled increasing drive for innovation and improvement. From its initial release in 2011, WeChat continues to offer more exciting features as well as introduce a wide range of useful functions and platforms for its loyal users.

Tencent is serious in globalizing the platform and is looking further to set roots on countries beyond the Asian borders. Although the likes of Facebook Messenger, , and WhatsApp are still dominating most of America and Europe, WeChat’s presence continues to be felt within these regions.

Financial experts like Charlie Munger, the vice chairman of investment conglomerate Berkshire Hathaway, went on to recognize WeChat’s potential to someday come head to head with the likes of Visa, Mastercard, and American Express, in terms of its payment services.

Taobao – the Amazon/eBay of Asia 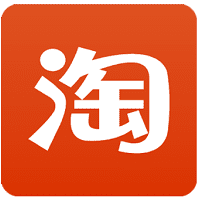 A lot of confusion often arises when we hear names such as Taobao, Tmall, Alibaba, and 1688. Quick info: all of these websites, plus several more others, are part of a huge e-commerce network owned and operated by Alibaba Group. Taobao, in its case, is Alibaba’s prime selling and shopping platform that facilitates consumer-to-consumer retail (C2C). This means that buyers, not only from Chinese-speaking regions such as on the Mainland, Hong Kong, or Taiwan but also abroad, can connect directly to small business and entrepreneurs in China that are offering a wide variety of goods.

It’s not only the Chinese that getting the best out of the shopping platform. Wholesale buyers from all over the world are also flocking to the site to score some awesome deals on hugely discounted products.

iQiyi – the Netflix of Asia 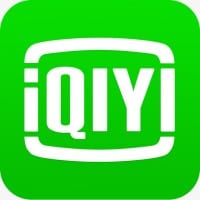 iQiyi, which is currently recognized by Forbes as one of the leading online entertainment services in China, is an online video streaming platform focused on delivering high-quality, fully-licensed video contents to consumers.

The app was developed by China’s biggest search engine, Baidu, to compete with the likes of Tencent Video and Alibaba’s Youku Tudou in China, and even Netflix. There’s a huge difference though between iQiyi and the California-based video streamer. One particular factor is system. Netflix is primarily a subscription-based app. You can take advantage of Netflix’s free trial though but most likely you will soon go premium.

In iQiyi, however, you can watch everything to your heart’s content for FREE! The way they make money is through advertising and license purchases on select contents. Out of the huge chunk of the total users, there’s merely 11% (or 50 million) that pays for iQiyi’s services.

Number of Active Users: More than half a billion users across the globe

Research company Sensor Tower announced that Tik Tok has become the most downloaded app on iOS and Android, surpassing Facebook, YouTube, and Instagram. What’s behind the popularity?

At its core, Tik Tok is a fast-growing short video platform where users can create and share music videos as well as do live broadcasting. The app, which was re-launched in 2016 by ByteDance, comes with an easy-to-use interface which offers a variety of options to create that perfect, attention-grabbing 15-second video. You can choose from hundreds, if not thousands of songs from the app, as well as implement a bunch of goofy virtual stickers to further personalize your video.

While Tik Tok users can definitely show everyone their lip-syncing talent, developers are also working on improving and adding new features to the app. One of the latest functions is the option to do private video sharing. 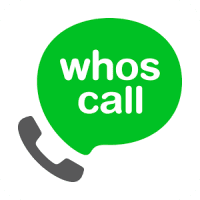 Whoscall, which is a word derived from the phrase “Who is calling?” is the app you’d want to be installed in your iOS or Android device if you want to know who is calling. This caller ID app helps users identify unknown incoming calls via search and database report, all done within a mere number of seconds.

The app also allows users to block all related numbers that contain a specific set of flagged keywords. For example, it will block callers from numbers that begin a certain set of digits, or if it contains the word “bank,” “telemarketers,” “stores,” etc.

Meanwhile, if a user wants to be known, he or she can use the ShowCard function which allows the addition of caller’s profile and information which will then be shown on the other end upon making a call. 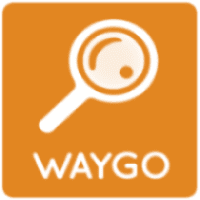 Whether you’re planning to travel to Asia or just want to learn a few Chinese, Japanese, or Korean, Waygo is the way to go. Sure, there are a lot of translation apps out there that are quite popular like the iTranslate, the Google Translate, and the TripLingo.

But what sets Waygo apart from the competition is the fact that you can use the app on your device even if you’re not connected to the internet.

It’s also easy to use! With your phone’s camera, all you have to do is just point at signs or menus and the app will almost automatically show the translation. Aside from that, the app also helps with pronunciation.

Foodies are going crazy on the app too, for its food picture mode where users can get more in-depth information about the food to be ordered.