Kaavan the Elephant Makes a New Friend after Eight Years 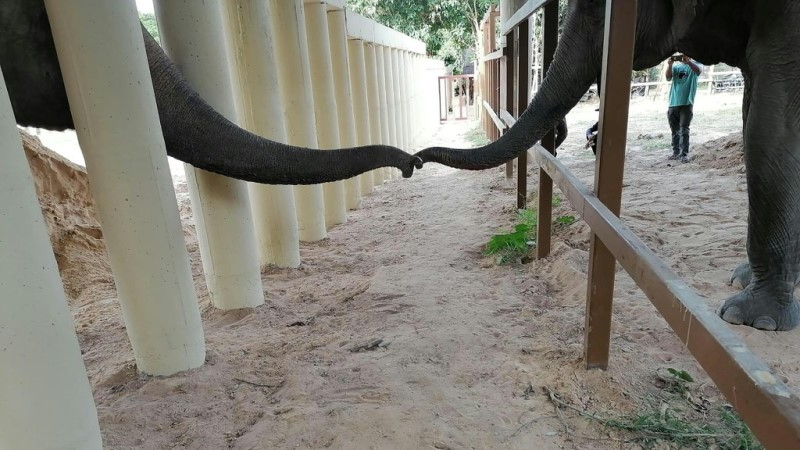 Kaavan arrived in Cambodia, where he got to see another elephant for the first time in eight years

It was his first contact with another elephant in eight years.

Reaching out with his trunk, Kaavan tentatively greeted a fellow inhabitant of the Cambodian sanctuary where he is beginning his new life after being rescued from grim conditions in a Pakistani zoo.

The 36-year-old bull elephant — dubbed the “world’s loneliest” — was the sole Asian elephant at Islamabad’s dilapidated zoo. Animal rights groups launched a campaign to save him from the substandard conditions there, boosted by spirited social media support from US actress and musician Cher.

He arrived in Cambodia on Monday to much fanfare — including a welcome from Cher herself, who not only traveled to see him off from Pakistan, but also arrived ahead of him at Siem Reap airport. 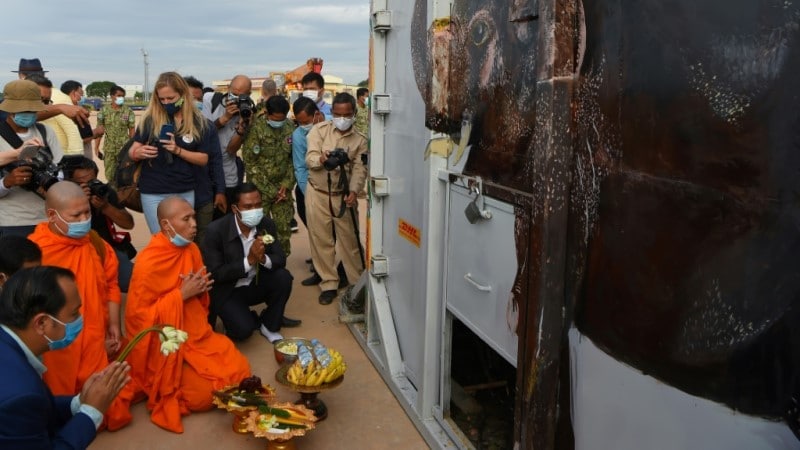 Tuesday saw Kaavan settling into his enclosure at Kulen Prom Tep Wildlife Sanctuary, where he was seen touching trunks with another elephant, captured in images provided by the sanctuary.

“First contact with an elephant in eight years — this is a huge moment for Kaavan,” said Martin Bauer, a spokesman with the Austria-based group that worked for months to get him ready for the flight.

“Kaavan will finally have the chance to live a species-appropriate and peaceful life,” Bauer said, adding that the entire team was extremely moved to witness the interaction.

“He has a very bright future ahead of him.”

So far, Kaavan has been exploring his new surroundings, sniffing curiously and playing with sand, mud and water.

“He likes it here… The stereotypical behaviours that he’s known for –- rocking or just standing, leaning his head against a wall –- is non-existent,” Darrick Thomson, who oversees animal care at the sanctuary, told AFP.

“One girl came and met him this morning. There was a brief curiosity and then she ran away,” Thomson added, referring to Kaavan’s earlier encounter.

Once Kaavan has adjusted to a “controlled setting”, he will be released into the wider sanctuary, where there are three female elephants, an environment ministry official said on Monday.

The plan is to breed Kaavan with local elephants to “conserve the genetic fold”. 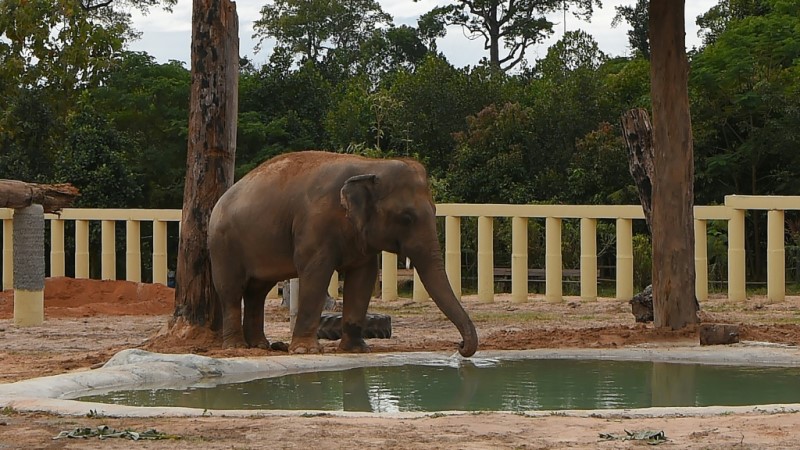 Kaavan will spend time adjusting in a smaller enclosure, before being released into the larger sanctuary

Helpers packed his trunk with 200 kilograms (450 pounds) of food to snack on during the seven-hour flight aboard a jumbo Russian cargo plane. A tube system was installed in his transport crate to handle up to 200 liters (58 gallons) of urine.

Activists have accused the zoo in Islamabad of chaining Kaavan up, and of not properly sheltering him during the searing summers there.

Conditions were so bad that in May, a judge ruled that all the zoo’s animals should be relocated.