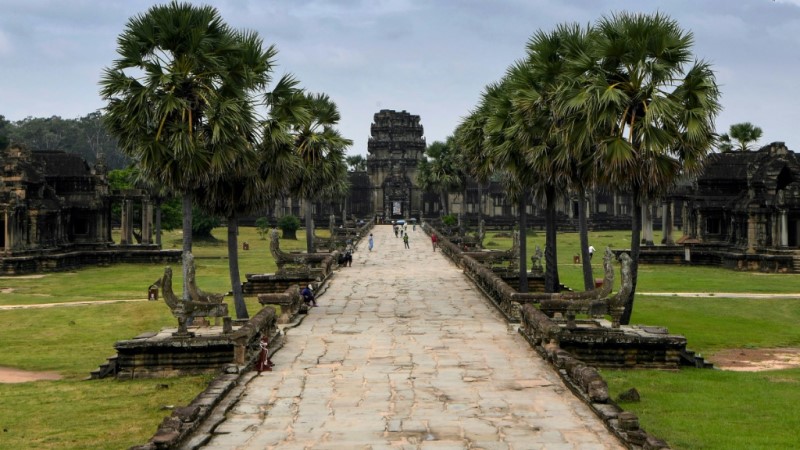 Stacking a ladder against the towering spires of Cambodia’s archaeological marvel Angkor Wat, Chhoeurm Try gingerly scales the temple’s exterior to hack away foliage before it damages the ancient facade.

The 50-year-old is part of a crack team of gardeners ensuring the kingdom’s most valued heritage site is not strangled by overgrown tree saplings sprouting from the sandstone’s cracks.

For two decades, Chhoeurm Try has made the treacherous climbs barefoot up to Angkor Wat’s central tower, which rises 65 meters high (213 feet) above the archaeological complex in the northern city of Siem Reap.

“If we make a mistake, we will not survive,” he tells AFP after returning to the ground. 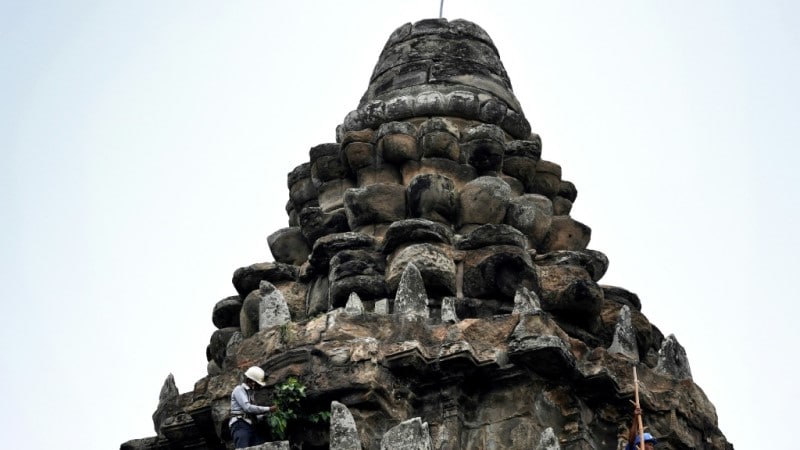 But he soldiers on, aware that the fight to hack away tough roots is an ongoing battle against nature.

“When the sapling trees grow bigger, their roots go deep and cause the stones to fall apart,” he says.

Preserving the dozens of temples at Angkor Archaeological Park is a delicate year-round job taken on by the 30-member team.

The world heritage site contains monuments dating from the 9th to 15th century, and was Cambodia’s most popular tourist destination before the coronavirus pandemic seized up global travel.

“We love and want to preserve the temples,” Chhoeurm Try says. “If we don’t preserve them… the younger generation would not get a chance to see them.”

With just blue hard hats as their only safety precaution, the gardening team are used to performing their duties under the gaze of visiting tourists.

“When local and international tourists see us climb up the temples, it seems scary to them and they think there is a lack of technique,” says team leader Ngin Thy.

But using ropes or climbing gear is out of the question, as it could damage the fragile stone work, while scaffolding would take weeks to build and pull down.

“It could cause problems for them instead,” Ngin Thy tells AFP. “It is safer for them to just carry a pair of scissors and go straight for the sapling trees.”

There are also tight sections in certain temples that require workers to crawl through, navigating their way around jutting sculptures as they attempt not to unnecessarily come into contact with the friezes.

“At temples with brick work, the job is even more difficult,” Chhourm Try says, recounting a near miss a few years ago when a brick fell on his head and cracked his helmet into two.

A handful of local tourists and Buddhist monks gaze up in awe admiring the gardeners’ teamwork.

“They are so brave,” tourist Roth Veasna says, holding his breath while watching a worker scale a ladder as his colleagues grip it tightly. 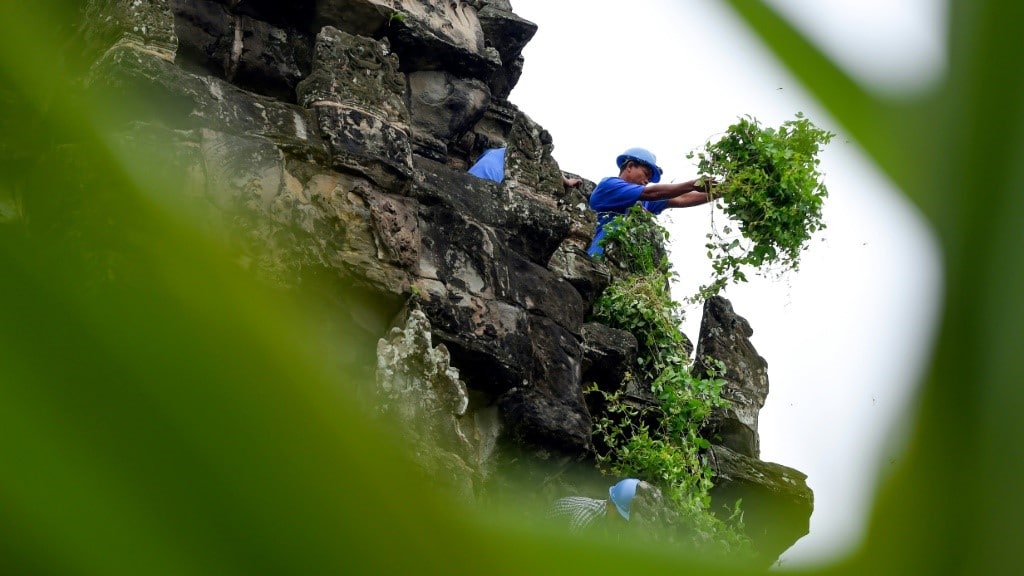 Leaving the temples unmanicured could bring back the vision French naturalist and explorer Henri Mouhot had encountered in the 1860s when he chanced upon the site.

It had been abandoned for centuries, its ancient stonework and carvings hidden under jungle growth.

“It is grander than anything left to us by Greece or Rome,” Mouhot wrote in his travel journals, which helped popularize it with the West as an important archaeological site.

Today the officials of Apsara Authority — a government body managing the park — says they are searching for a liquid substance to eliminate root growth, so as to lessen the risks to the gardeners.

But “we need to experiment first because we are worried that it could also damage the stones when we pour it onto the roots,” says deputy director Kim Sothin. 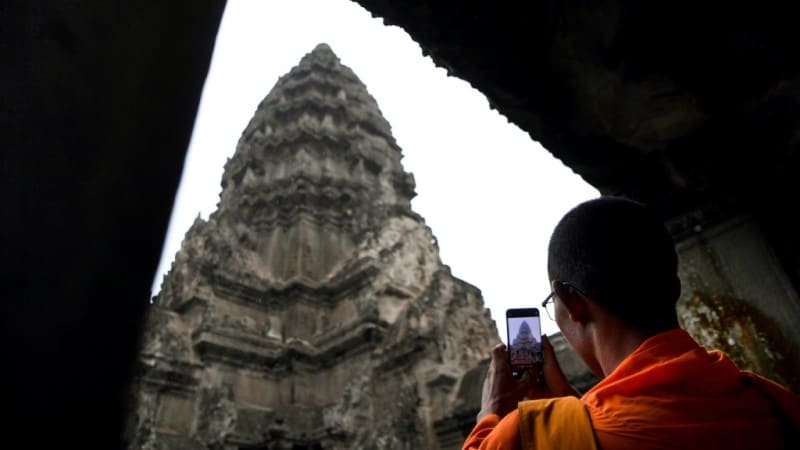 “If we could use it, it will reduce their burden.”

Until then, it is up to the nimble-footed gardeners to maintain the grandeur of Angkor Wat.

“Other people don’t want to do this job because it is risky,” says Oeurm Amatak, a 21-year-old who jointed the team a year ago.

As an apprentice, he does not yet dare to climb all the temples and his skillset is developing under the mentorship of his more experienced colleagues.

“You really have to love it, it’s not for everyone,” he says.