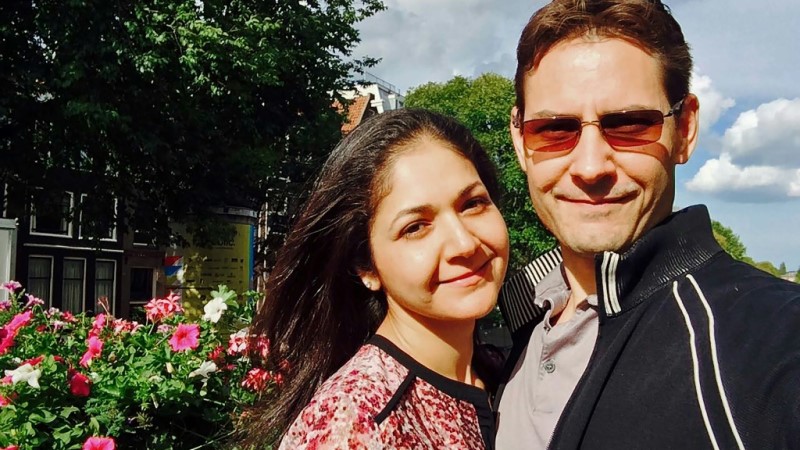 Vina Nadjibulla with husband Michael Kovrig (R), who has been “arbitrarily detained” for two years in China

Canadian Michael Kovrig, “arbitrarily detained” by China for two years to the day on Thursday, reads, sings and walks 7,000 steps a day in his cell to keep sane, his wife told AFP.

Kovrig, a former diplomat working as a senior advisor for the International Crisis Group, was detained along with Canadian businessman Michael Spavor on December 10, 2018.

Their arrests have been decried by Western nations as retaliation for the detention on a US warrant of Huawei executive Meng Wanzhou in Vancouver.

The pair were formally charged in June with espionage. China has not disclosed any evidence against them. 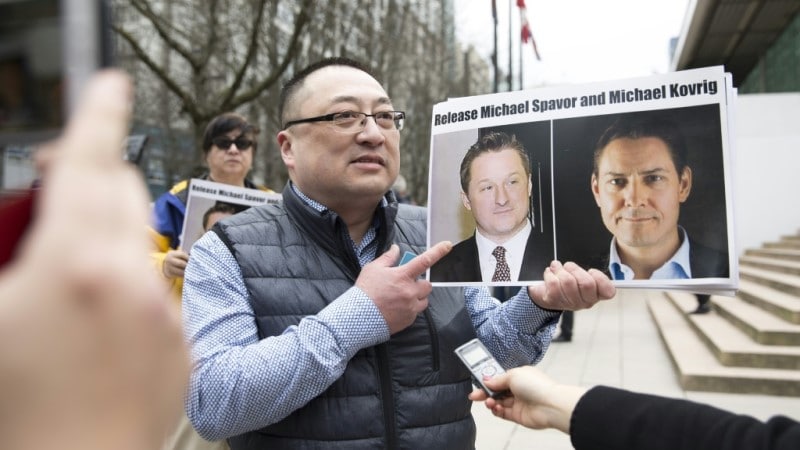 A protester holds photos of Michael Spavor (L) and Michael Kovrig, in Vancouver, on March 6, 2019

Vina Nadjibulla, Kovrig’s wife and strongest advocate — despite them separating — said he “continues to be mentally and physically strong, and has been doing everything he possibly can to maintain his positive mindset” in a Beijing prison.

She said she continues to send him letters but the post has been slow during the pandemic, and so she has relied on officials’ consular visits — which were only restored in October after being halted in January — for information.

Kovrig, she said, has sent requests for books on philosophy, and “biographies of other people who’ve been through these kinds of experiences.”

“They have meant a great deal to him,” she told AFP during a telephone interview. At one point last year, his jailers had seized his reading glasses.

Such “dry humor” is “always good to hear because it shows that his character is still intact and his spirit is strong,” Nadjibulla, who sounded by parts weary, earnest and heartened, said.

Both Kovrig and Spavor “are trying to maintain their humanity in the midst of all of this, and so that sense of humour is crucial to them,” she said.

Spavor, who has been held in Dandong on the border with North Korea where he’d been living prior to his arrest, has reportedly quipped that he’s on an “extended sabbatical.”

Kovrig, a fan of Leonard Cohen and Sisters of Mercy, also sings to pass the time. “He’s a big fan of music and he knows a lot of lyrics by heart and I think that’s helping him,” said Nadjibulla.

According to her, he tries to get a bit of exercise walking 7,000 steps around his cell, which reportedly measures only three meters by three meters.

In recent days several of his colleagues have posted images on Twitter of themselves walking or running the same distance, in solidarity. 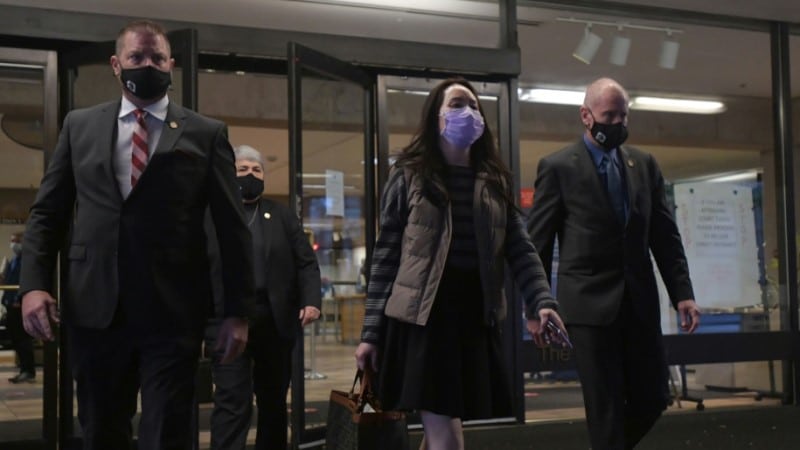 Canada’s ambassador to China Dominic Barton on Tuesday testified at a parliamentary committee that the two Canadians are faring well.

“They are both very healthy, both physically and mentally. I have to tell you I am deeply inspired by their resilience and mindset. It is incredible what they’re going through,” he said.

“They are very, very strong and it is remarkable.”

Reports on Thursday that legal proceedings against Kovrig and Spavor had begun proved false, according to Ottawa.

In June, a group of former lawmakers and diplomats urged Trudeau in an open letter to release Huawei’s Meng Wanzhou, who is fighting extradition to the United States, in exchange for the two Michaels. But the proposal was rejected.

Nadjibulla said she is “grateful” the government has made their release “a top priority, and that they are doing everything possible.”

But she added, “it’s been two years (and) the status quo is not okay, and so we must explore other options and find other ways to secure their release.”

The Wall Street Journal last week reported the US government was discussing a deal with Huawei that could see Meng allowed to return to China and pave the way for the release of Kovrig and Spavor.

The incoming presidency of Joe Biden in the United States might prove to be an opportunity.

Nadjibulla pointed to Trudeau’s first call with Biden in which the prime minister raised the plight of the two Michaels.

“Like so many Canadians I hope that with the new administration there can be some progress on this,” she said.

Nadjibulla noted, “Canadians are united on the need to end these unjust arbitrary detentions.”

“As we mark this really difficult milestone,” she said, “that is what gives us hope, and what also keeps Michael’s hope alive.”