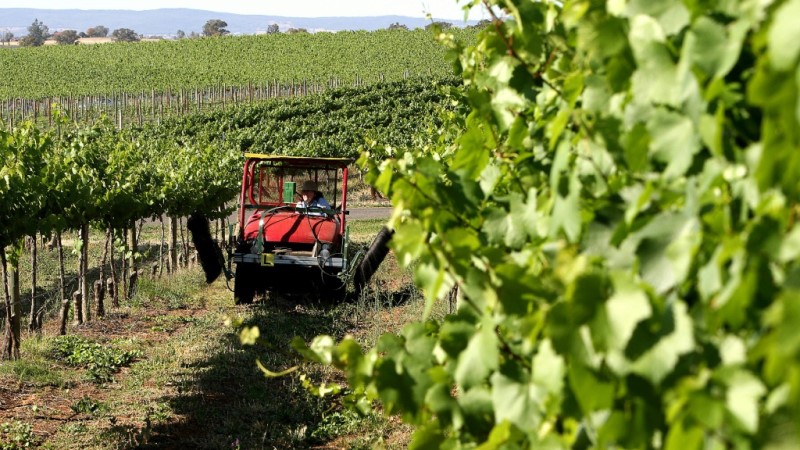 China on Tuesday ramped up tensions with Australia as it launched a probe into wine imports from the country, the latest salvo in an increasingly bitter row between the trade partners.

Relations between Beijing and Canberra have nosedived in recent months after Australian Prime Minister Scott Morrison joined US calls for an independent inquiry into the coronavirus pandemic, which was first detected in the Chinese city of Wuhan last year.

China, Australia’s biggest trade partner, has since threatened economic blowback on a range of Australian goods including beef and barley as well as tourism and higher education.

The ministry of commerce said in a statement it would investigate dumping — when a country sells goods in a country for less than it costs at home — throughout 2019, at the request of the Wine Industry Association of China.

Wine exports to China hit a record A$1.25 billion (US$900 million) last year, according to Australian government data, making it the biggest market by value for the product.

Australia said it would work with local wine producers to defend the industry against the claims, saying it was second only to New Zealand as the least-subsidised globally.

“While we respect the right of any nation to defend their domestic producers from unfair and uncompetitive trade practices, we reject any claim that Australian wine product has been ‘dumped’ into China,” agriculture minister David Littleproud said in a statement.

China’s ambassador to Australia warned earlier this year it could take such measures.

“The Chinese public is frustrated, dismayed and disappointed with what Australia is doing now,” Cheng Jingye told the Australian Financial Review in April.

“Maybe the ordinary people will say ‘Why should we drink Australian wine? Eat Australian beef?'”

In May, China suspended imports of beef from four Australian slaughterhouses and imposed 80 per cent tariffs on Australian barley imports.

Beijing has also warned Chinese citizens not to visit Australia for study or tourism, alleging anti-Asian racism in the wake of the pandemic.

The moves are widely seen as retaliation for Canberra’s calls for an independent investigation into the origin of the coronavirus outbreak.

Beijing said it was just a “normal” investigation when asked at a regular news briefing on Tuesday, saying it would be carried out in a “legal, fair and impartial manner”.

Foreign ministry spokesman Zhao Lijian added that a good relationship between China and Australia is “in the interest of both countries, but this requires joint effort from both parties”.

“We hope Australia will… do more things that are conducive to mutual trust and cooperation between China and Australia and that are in line with the spirit of China-Australia comprehensive strategic partnership,” he added.

Chinese wine importer Hong Boyong told AFP that some buyers in China were beginning to consider Chilean wines as an alternative to imports from Australia.

“We all know that if political issues are not handled well, economies can get hurt,” Hong said.

“If my relationship with you is not good, why would I buy your products?”

The two countries were already at loggerheads after Australia hit China with huge anti-dumping levies on several products including aluminium and steel.

Beijing has also been riled by a decision to ban controversial telecoms giant Huawei from building Australia’s 5G network, while Canberra has protested China’s arrest of Chinese-Australian writer Yang Jun on spying allegations.

Shares in major Australian winemaker Treasury Wine Estates, which owns the popular Penfolds and Lindeman’s brands, ended down more than 14 percent in Sydney.