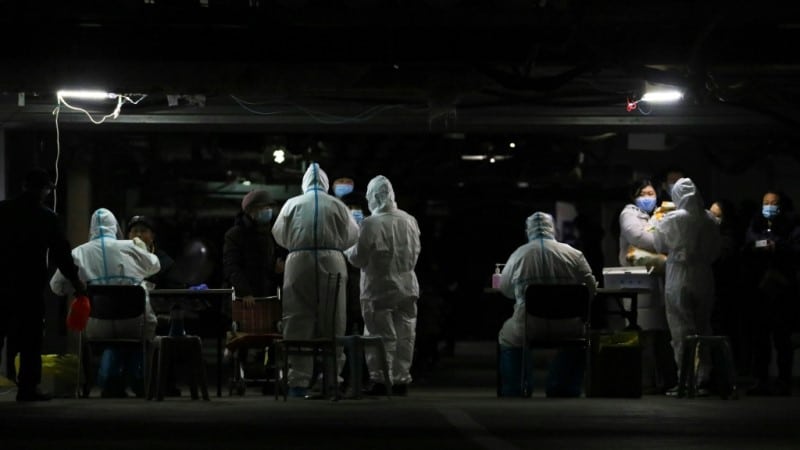 The country had largely curbed the spread of the coronavirus, which first emerged in Wuhan in late 2019, with small outbreaks swiftly snuffed out using mass testing, local lockdowns and travel restrictions.

But Hebei province in northern China has reported 560 new cases in recent weeks — 234 of which are asymptomatic — sparking a raft of new lockdowns and restrictions.

Residents of Langfang, a manufacturing hub around 55 kilometers south of Beijing, have been banned from leaving the city for seven days unless absolutely necessary.

“All family gatherings should be canceled…all marriages postponed and funerals simplified until the epidemic situation has subsided,” the Langfang city government said in a statement.

Officials will now rush to test all 4.9 million residents in two days, the local health bureau said, after one case was discovered in Langfang’s Gu’an county.

Authorities last week launched a mass testing drive and closed transport links, schools and shops in the neighboring city of Shijiazhuang — the epicenter of the latest outbreak –- with its 11 million residents required to undergo two rounds of testing.

Neighboring Xingtai, home to seven million people, has also been locked down since last Friday.

The worsening situation prompted Hebei province’s local government to indefinitely postpone an annual legislative meeting that was due to be held this month.

A steady trickle of new coronavirus cases has surfaced in China’s northern provinces since October, prompting strict restrictions despite the number of infections being small compared to outbreaks in many other countries.

The curbs come ahead of February’s Lunar New Year, when hundreds of millions criss-cross China to visit family and friends, and authorities are anxious to contain the spread of the virus before the massive annual migration.

Suihua city in Heilongjiang province — home to over 5.2 million — was sealed off on Monday after the city reported one confirmed case and 45 asymptomatic cases.

Shanxi province has also limited internal travel and rolled out mass testing, after a patient from neighboring Hebei province was reported to have traveled there.