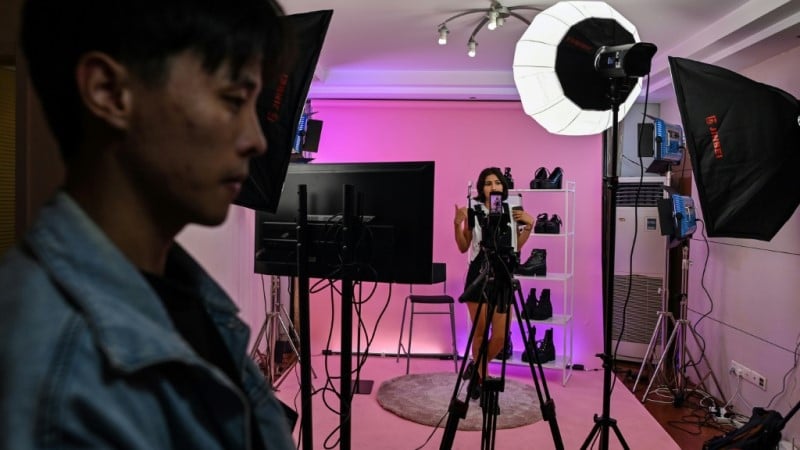 Live shows have grown increasingly popular in China in recent years, with the livestream shopping sector already worth nearly $70 billion by some estimates.

But in recent months Beijing has clamped down on platforms for “chaotic” content — ranging from revealing clothing on female stars to “vulgar hot dances” — reprimanding platforms such as Nasdaq-listed Bilibili and ByteDance-owned iXigua.

And the fresh guidelines, released by China’s National Radio and Television Administration (NDTA) on Monday, are designed to halt the spread of “vulgar” habits.

“It is necessary to take effective measures so as not to provide unlawful and unethical artistes with the opportunity of public appearances… to prevent the spread of bad habits such as wealth-flaunting and money worship,” said the notice.

Anchors of shows will also need to undergo real-name verification — potentially involving facial recognition — and there will be stricter rules on those who send them rewards, which can often be turned into cash.

The reward function for minors will be blocked.

Repeat offenders could see themselves removed from recommendations to users or in serious cases, anchors may be reported to the authorities and blacklisted, while broadcast channels may be shut down.

Platforms will also need to inform authorities if celebrities or “overseas personnel” are starting broadcast channels, said the notice, which comes as many Chinese agencies are now training foreign hosts in China and recruiting influencers abroad.

The radio and television administration added that e-commerce platforms are not to broadcast commentary or other programs unrelated to the sale of goods.