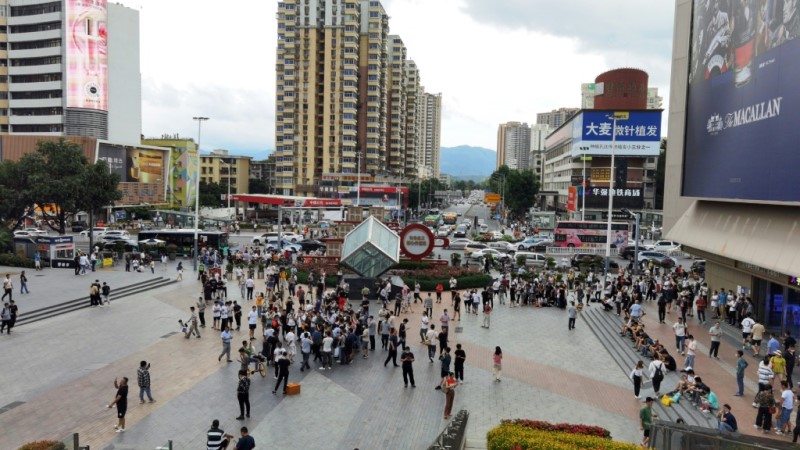 One of China’s tallest skyscrapers was evacuated Tuesday after it began to shake, sending panicked shoppers scampering to safety in the southern city of Shenzhen.

The near 300-meter (980 ft) high SEG Plaza inexplicably began to shake at around 1 pm, prompting an evacuation of people inside while pedestrians looked on open-mouthed from the streets outside.

The building was sealed shut as of 2:40 pm, according to local media reports.

Completed in 2000, the tower is home to a major electronics market as well as various offices in the downtown of one of China’s fastest-growing cities. 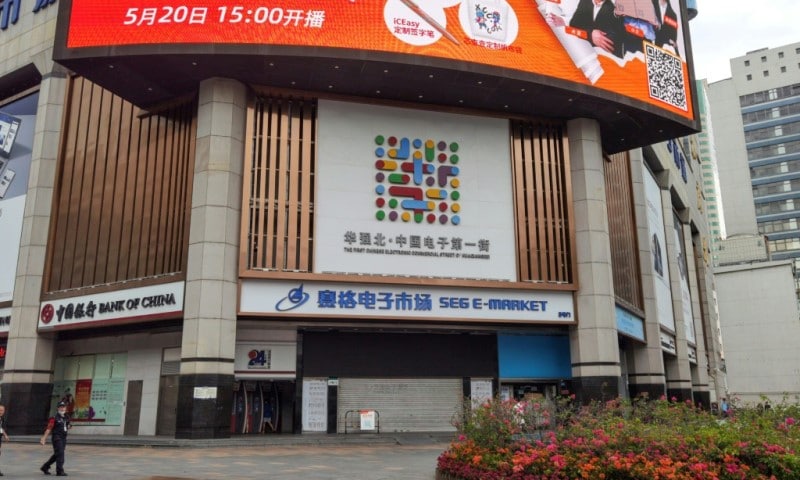 Emergency management officials are investigating what caused the tower in Shenzhen’s Futian district to wobble, according to a post on the Twitter-like Weibo platform.

“After checking and analyzing the data of various earthquake monitoring stations across the city, there was no earthquake in Shenzhen today,” the statement said.

The district said in another statement late Tuesday that everyone inside had been safely evacuated and that no further movements of the building had been detected.

Experts “found no safety abnormalities in the main structure and surrounding environment of the building,” and the interior and exterior components of the building appeared undamaged, the district said.

It was not immediately clear how authorities will handle a dangerous tower of its scale in the heart of a city of over 12 million people.

Bystander videos published by local media on Weibo showed the skyscraper shaking on its foundations as hundreds of terrified pedestrians ran away outside.

“SEG has been completely evacuated,” wrote one Weibo user in a caption to a video of hundreds of people milling about on a wide shopping street near the tower.

The building is named after the semiconductor and electronics manufacturer Shenzhen Electronics Group, whose offices are based in the complex.

It is the 18th tallest tower in Shenzhen, according to the Council on Tall Buildings and Urban Habitat skyscraper database.

Chinese authorities last year banned the construction of skyscrapers taller than 500 meters, adding to height restrictions already enforced in some cities such as Beijing. 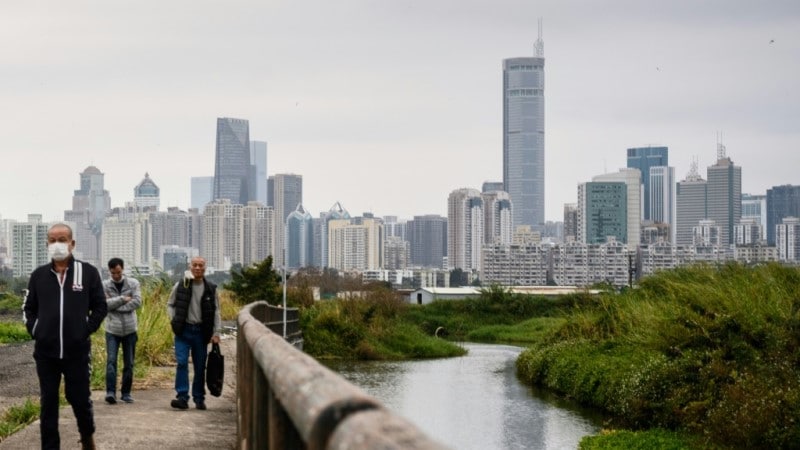 The 300-metre high SEG Plaza (back R) inexplicably began to shake, prompting an evacuation of people inside

Five of the world’s tallest skyscrapers are located in China, including the world’s second-tallest building, the Shanghai Tower, which stands at 632 meters.

Shenzhen is a sprawling metropolis in southern China, close to Hong Kong, which has a booming homegrown tech manufacturing scene.

Many Chinese tech giants, including Tencent and Huawei, have chosen the city to host their headquarters.

It is also home to the world’s fourth-tallest skyscraper, the 599-meter Ping An Finance Centre.

Building collapses are not rare in China, where lax building standards and breakneck urbanization lead to constructions being thrown up in haste.

Last May, a five-storey quarantine hotel in the south-eastern city of Quanzhou collapsed due to shoddy construction, killing 29.

The devastating 2008 Sichuan earthquake caused over 69,000 deaths and the disaster ignited a storm of public controversy over poorly constructed school buildings — dubbed ‘tofu dregs’ — which collapsed killing thousands of students.