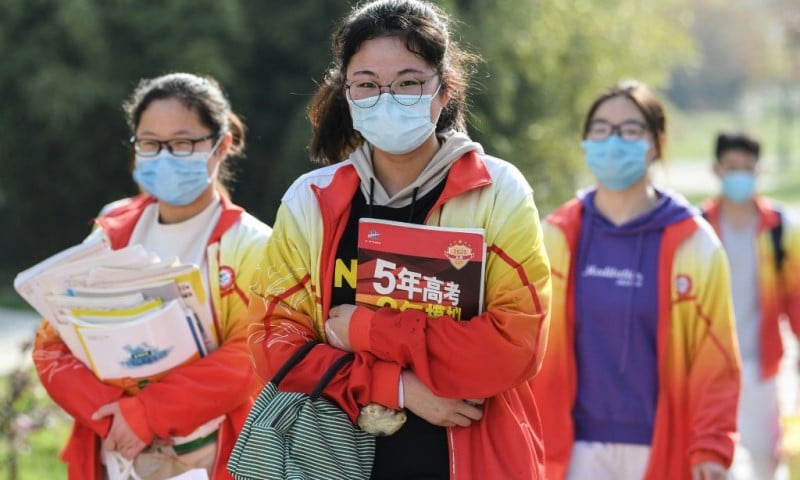 Fifteen tutoring firms have been hammered with millions of dollars of fines over alleged fraud, Chinese state media said Tuesday, as the government’s chastening of the tech sector seeps into the private education businesses.

The groups, including major brands like Zuoyebang, which counts Alibaba as an investor, and Tencent-backed Yuanfudao, were hit with fines amounting to 36.5 million yuan ($5.7 million).

After issuing fines and warnings to tech companies spanning e-commerce, gaming, video streaming and food deliveries, Beijing has in recent days turned its attention towards tutoring start-ups, many of them online.

The penalties follow a warning by President Xi Jinping in March of problems in the education sector, including excessive pressure on young students.

A number of potential initial public offerings for companies running learning apps have since ground to a halt, reported Bloomberg News on Monday, naming both Zuoyebang and Yuanfudao among those that were holding off preparations.

On Tuesday, China’s market watchdog said an investigation into the 15 institutions — which include online apps — alleged they had engaged in “false advertising”, with many also found to have conducted “price fraud”.

For example, Bond Education is accused of inflating a package of trial classes to 420 yuan and offering it at an apparent discount of 12 yuan, state broadcaster CCTV reported.

Among other wrongdoings were “fabricating teacher qualifications, exaggerating the effects of training… and fabricating user reviews”, according to the State Administration for Market Regulation.

The services aimed to induce parents to fork over money, said regulators.

This follows similar practices by Zuoyebang and Yuanfudao that authorities flagged in May, including a false claim by Zuoyebang of a collaboration with the United Nations.

Intense competition starting from a young age has amped up the pressure on China’s parents to pay extra to get their children ahead in the congested education system.