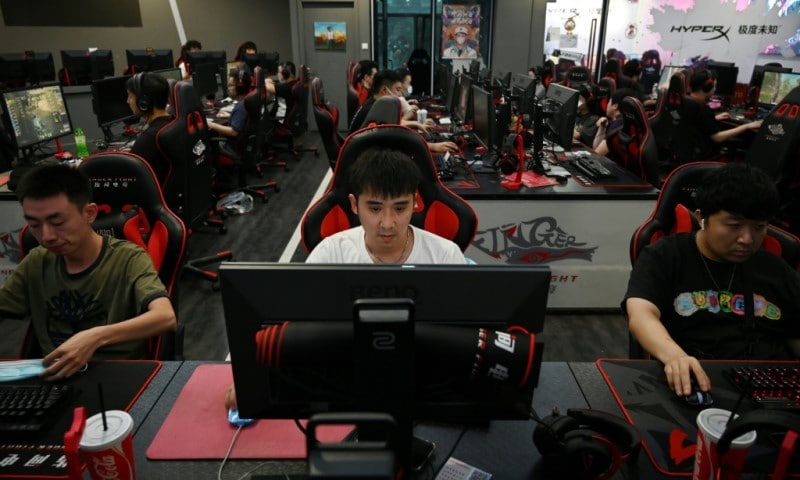 Gaming firms in China have pledged to tackle addiction and “politically harmful” content, as the government cracks down on the industry

Hundreds of Chinese video game makers have vowed to police their products for “politically harmful” content and enforce curbs on underage players, as the government cracks down on the entertainment industry.

The 213 gaming firms, including top industry players Tencent and NetEase, promised in a joint statement dated Thursday to ban content that was “politically harmful, historically nihilistic, dirty and pornographic, bloody and terrifying”, and to resist “money worship” or “effeminacy” in their games.

They also pledged to “put all efforts into anti-addiction work” and strictly enforce limits on children’s screen time through facial recognition and other identification technology.

Chinese authorities have in recent weeks imposed strict curbs on the country’s multibillion-dollar gaming industry, restricting players under 18 to only three hours of gaming time a week and ordering businesses to remove “sissy” depictions of men from their apps.

Top firms were also ordered by regulators this month to stop focusing on profit and gaining fans, with enterprises that are seen as flouting rules threatened with punishment.

This has come amid a broader rollout of regulation aimed at reining in the country’s influential tech sector, including tough new data security and online privacy laws and rules limiting the power of app algorithms to shape users’ online activity.

At the same time, the country’s Communist government has gone after celebrities and music idols, blaming them for promoting “abnormal aesthetics” and unhealthy values among Chinese youth.

The firms said in their statement on Thursday that they would not place ads featuring celebrities who had “broken the law or were unethical”.

The companies have already stepped up restrictions on minors, with Tencent rolling out a facial recognition “midnight patrol” function in July to root out children masquerading as adults to get around the curfew.

But determined young gamers continued to find ways around the rules, using gaming accounts registered in adults’ names — a practice the companies said on Thursday they would put an end to.