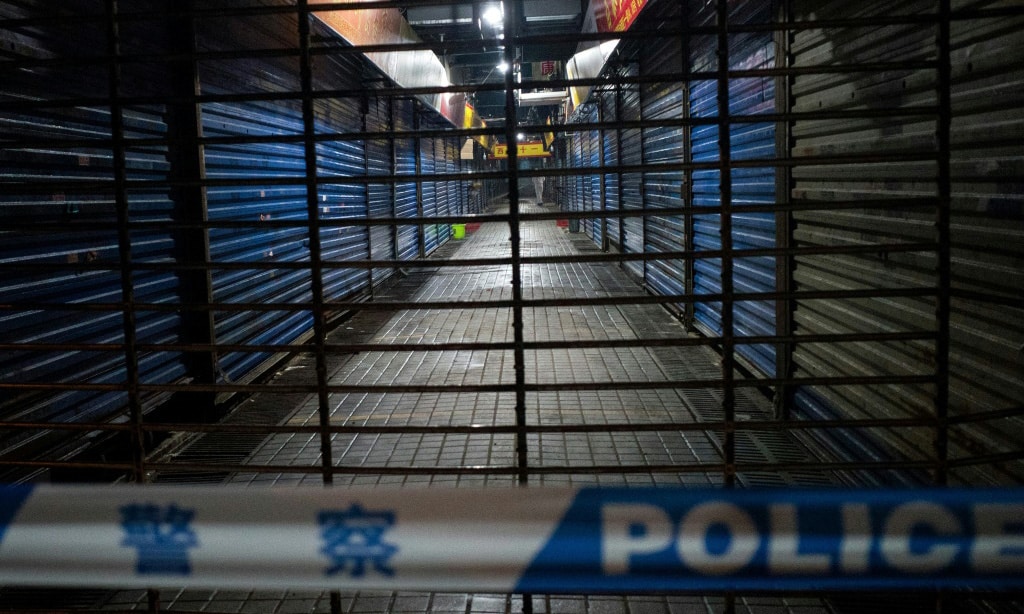 The food market where China's deadly virus surfaced was a smorgasbord of exotic wildlife ranging from wolf pups to species linked to previous pandemics such as civets, according to vendor information and a Chinese media report.

The Huanan Seafood Market in the central city of Wuhan came under greater scrutiny on Wednesday as Chinese officials said that the virus which has so far killed nine people and infected hundreds may have originated in a wild animal sold at the food emporium.

Past deadly epidemics have been blamed on wild animals — Severe Acute Respiratory Syndrome (SARS) was linked to Chinese consumption of civet meat — setting Chinese authorities up for potential embarrassment if lax supervision of wildlife trafficking is found at fault in the latest outbreak.

A price list circulating on China’s internet for a business at the Wuhan market lists a menagerie of animals or animal-based products including live foxes, crocodiles, wolf puppies, giant salamanders, snakes, rats, peacocks, porcupines, camel meat and other game — 112 items in all.

“Freshly slaughtered, frozen and delivered to your door,” said the price list for the vendor, “Wild Game Animal Husbandry for the Masses”.

Gao Fu, director of the Chinese center for disease control and prevention, said in Beijing on Wednesday that authorities believe the virus likely came from “wild animals at the seafood market” though the exact source remains undetermined.

China bans the trafficking of a number of wild species or requires special licenses, but regulations are loose for some species if they are commercially farmed.

AFP was unable to directly confirm the authenticity of the price list. Phone calls to the vendor went unanswered, and attempts to connect to its social media accounts were rejected.

The paper also quoted other merchants as saying trade in wildlife took place up until the market was shuttered for disinfection shortly after the outbreak.

A number of the early sufferers of the virus, now known as the 2019 Novel Coronavirus (2019-nCoV), were employees of the market.

Bats are reservoirs for more than 60 viruses that can infect humans, and host more viruses per species than even rodents do. The outbreak of SARS is likely due to humans mingling with bats in the crowded markets of China. #WuhanPneumonia #WuhanVirus pic.twitter.com/wB8tRk5Atb

One video which went especially viral was a video of a woman tucking into bat soup. The footage, which was also picked up by western tabloid media outlets, was hailed as proof that China’s appetite for exotic animals had caused the crisis. But it emerged that the video was shot in 2016 on the Pacific island of Palau by a Chinese travel blogger — a fact that few of the media outlets which ran the footage bothered to either check or update once the reality became known.

Many exotic species are still widely consumed in China or other Asian countries where they are considered a delicacy — like the civet or some rats or bats — or for purported health benefits that are unproven by science.

Walzer said 70 percent of all new infectious diseases come from wildlife, with habitat encroachment increasing the chances of pathogens spreading.

“Wildlife markets offer a unique opportunity for viruses to spill over from wildlife hosts,” he said.

“It is essential to invest resources not only into discovering new viruses, but more importantly, in determining the epidemiological drivers of… (the) spillover, amplification, and spread of infectious diseases.”

Bats are thought to have spawned SARS, which in 2002-03 killed hundreds of people in Asia, mostly China.

SARS was also found in civets in wildlife markets in China, with many scientists believing the bat virus infected the cat-like creatures and then humans who ate them.

Following SARS, China cracked down on consumption of civets and some other species, but conservationists say the trade continues.

China has so far won praise for its openness and handling of the current outbreak in stark contrast to SARS, when it was accused of stifling information and failing to cooperate with the rest of the world.