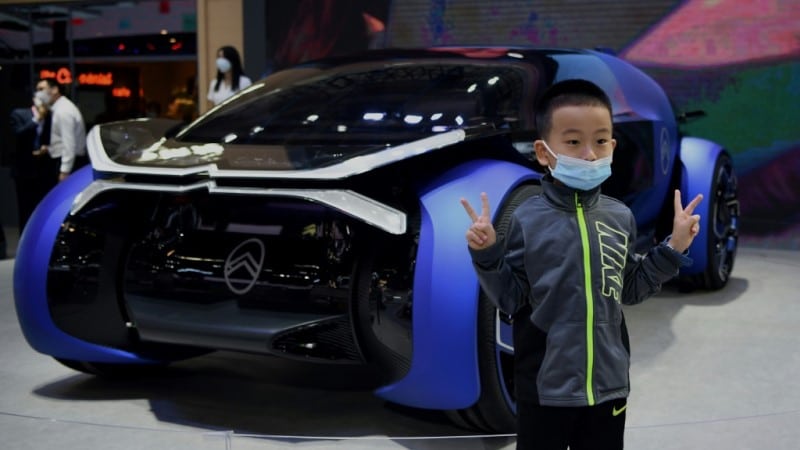 Tickets were limited this year in a bid to reduce crowds, although crowds surged through the exhibition centre shoulder-to-shoulder

Crowds packed a mega motor show in Beijing on Saturday — the only major international auto event this year — as manufacturers hope to boost the world’s biggest car market despite the coronavirus battering demand.

Delayed for five months because of the pandemic, the 10-day event opened as China has largely brought the virus outbreak under control, although travel restrictions mean most overseas executives stayed home, while some appeared virtually to introduce their new motors.

But this did not stop a packed audience in mandatory face masks from cheering as new cars were driven on stage to be shown off.

Luxury brands such as Audi showed off new electric vehicles, while established players like Volkswagen — its parent group — and BMW made commitments to their own electric future, with all-electric models to be produced in China.

Meanwhile, Chinese electric vehicle firm XPeng took the chance to show off its Kiwigogo, a drone-like vehicle that can carry two people — a step towards flying cars.

The fact the glitzy gathering was going ahead marked “a symbol of hope” in the industry, BMW China CEO Jochen Goller told the crowds Saturday morning.

Tickets were limited this year in a bid to reduce crowds, although attendees surged through the exhibition center shoulder to shoulder.

China’s auto industry is showing signs of recovery after passenger car sales collapsed by around 80 percent in February, when consumers stayed home and the economy came to a near-standstill to curb the virus outbreak.

Sales have picked up after a painful first quarter, up 8.8 percent year on year last month according to the China Passenger Car Association.

In a year where global auto sales are expected to fall by 20 percent, rating agency S&P expects China may be the only market to catch up with 2019 volumes in the next two years.

Electric vehicles were a prominent feature of the China show as Beijing pushed the sector and targets a 25 percent adoption of energy-saving vehicles by 2025.

There were 160 on display on top of concept cars from makers including Japanese giants Honda and Nissan and Chinese electric vehicle start-ups like Nio and XPeng.

Nissan’s all-electric Ariya model, expected to go on sale in China next year, made its public debut in Beijing and Dongfeng Nissan deputy general manager Makoto Fukuda told AFP the model’s new platform would “be the foundation for the next models from our line-up in the future”.

He added that there were plans for nine models to be launched by 2025, in an “aggressive plan” to commit to the Chinese market.

China’s electric vehicle firms have seen a surge in interest from investors as they search for the next Tesla — also hosting a stand drawing large crowds — with XPeng and Li Auto both going public in the US this year.

Chinese automotive group Geely showed off an electric vehicle platform, which Kent Bovellan — who helped build it — told AFP can translate to savings for manufacturers who will not need to invest in expensive battery technology from scratch.

“The timeline for fuel economy emission requirements will not stop… due to the coronavirus,” he said.

It is in talks with makers including Daimler, in which Geely holds a stake.

Although China’s auto sales are still expected to fall by up to 9 percent this year overall, new energy vehicles are likely to pick up in the second half, S&P predicted.