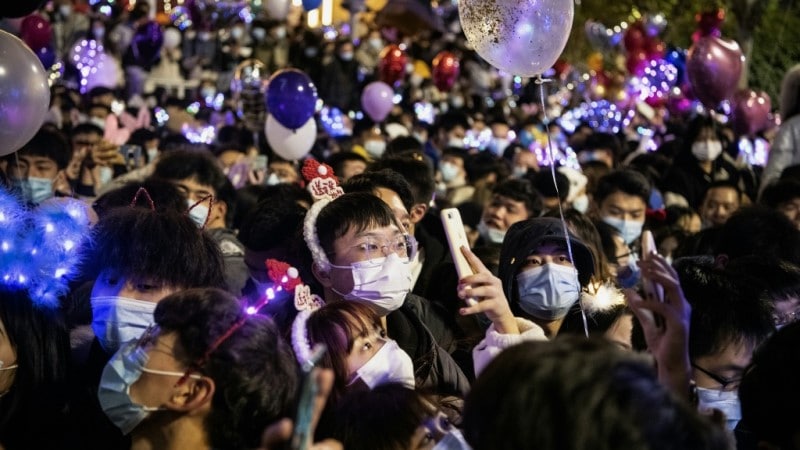 Crowds at the New Year countdown in Wuhan, China — the first epicenter of Covid-19

Thousands of New Year revellers packed into the centre of Wuhan, the Chinese city where Covid-19 was first detected, cheering and releasing balloons to welcome in 2021.

Police erected fences to try to prevent congestion around the city’s Customs House clock tower, but the measure was ineffective due to the large turnout of mainly young people.

“2020 has been a very difficult year for us because we have experienced the epidemic, especially in Wuhan, which is an unforgettable experience for us,” local resident Xu Du told AFP.

Most of the crowd wore masks for the celebrations on Thursday evening, which included a light show. 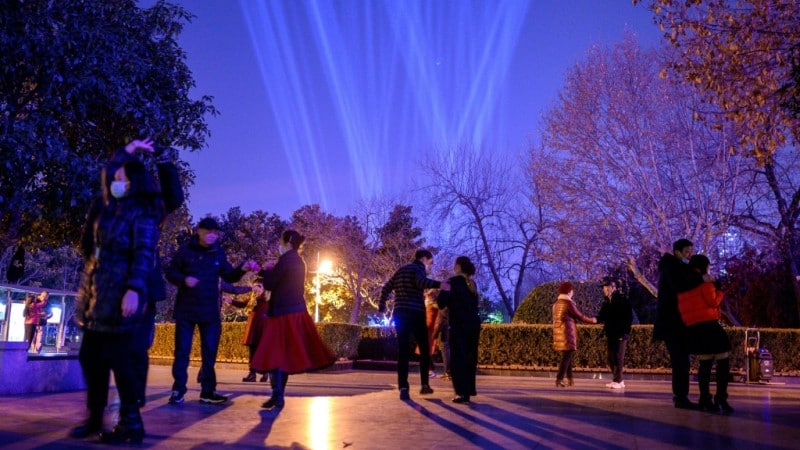 People dance on the banks of Yangtze River on New Year’s Eve in Wuhan, Hubei province

Wuhan was put under a strict lockdown for more than two months from late January, but has returned to normal life since the summer. Schools fully reopened in September.

“China has controlled the epidemic very well now,” said reveler Li Yusu. “But there are still some other countries suffering from the virus. I hope other countries can get through this difficulty as soon as possible.”

China has faced widespread criticism over its initial handling of the virus, which emerged in Wuhan, in the central province of Hubei, in December 2019.

The country has been accused of covering up the outbreak and allowing the virus to spread internationally.

Beijing has also recently attempted to cast doubts on whether Covid-19 originated in Wuhan.

On Monday, citizen journalist Zhang Zhan was jailed for four years for reporting on conditions inside Wuhan during the height of the outbreak.

The city of 11 million people was forced into a tough lockdown from January until April and about 4,000 people died, according to Chinese figures.