Crunch Time for Evergrande, but No ‘Lehman Moment’ 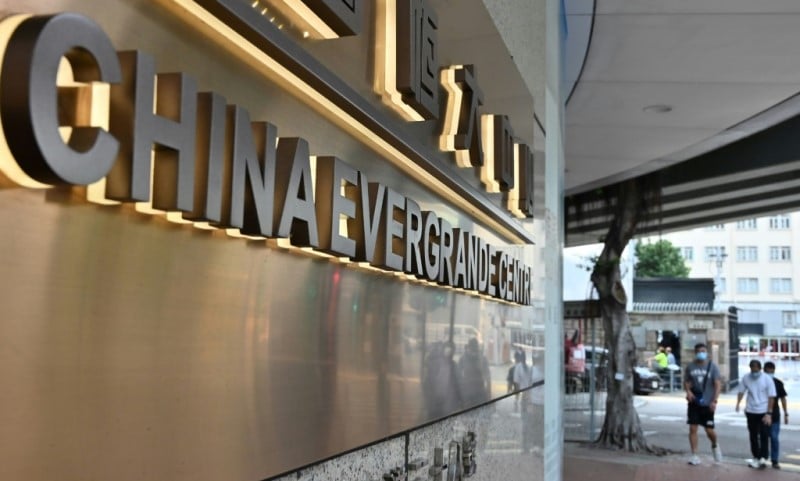 With the future of Evergrande hanging in the balance, global markets have plunged on fears that one of China’s biggest developers could collapse and cause a contagion throughout the world’s number two economy and beyond.

Talk of a “Lehman moment” has rung loud this week as worried investors try to ascertain whether the crisis could be a replay of the bankruptcy of Wall Street titan Lehman Brothers during the 2008 global financial crisis.

While predominantly a developer, Evergrande — which employs 200,000 people, has a presence in more than 280 cities and claims to indirectly generate 3.8 million Chinese jobs — has been on a buying spree for more than a decade.

In that time it has bought Guangzhou FC and turned it into a highly successful club, set up the popular Evergrande Spring mineral water and opened amusement parks it boasted were “bigger” than Disney’s.

It also has an electric car unit as well as investments in tourism, digital operations, insurance, and health.

So, What’s the Problem?

Well, that spending spree was paid for by founder Xu Jiayin’s gargantuan borrowing. The firm is now in the hole for more than $300 billion — equivalent to two percent of China’s GDP — and it is having trouble paying that back.

The debt pile became a major issue last year when the government, as part of a drive to address a worrying debt mountain accumulated by property firms, began to unveil a series of measures aimed at reining in their borrowing.

This has severely curtailed its ability to finish properties and sell them to repay its debts.

Banks have already given up expectations of repayment for loans made to the firm, but on Thursday it is due to make payments on two bonds.

It is not expected to meet those either, and while it has 30 days grace it is widely forecast to default.

All eyes are on the government. The property sector is a crucial engine of the Chinese economy — estimated to account for around a quarter of GDP — and has played a key role in the post-pandemic recovery. Any bankruptcy of such a major company would have major repercussions.

But, as a private company, Beijing might feel less compulsion to stop Evergrande hitting the buffers and could force it to file for bankruptcy, to use it as a warning that no firm is too big to fail and they cannot rely on the state to bail them out.

However, most experts agree the state will not want to see Chinese homebuyers left out of pocket.

Larry Ong from SinoInsider said the “best-case scenario” is that authorities “find a way to keep Evergrande from declaring bankruptcy, give the company’s creditors a glimmer of hope that they will walk away from the debacle with at least something, and avert the triggering of greater social unrest”.

Then there is the prospect of a restructuring with local authorities taking control of parts of the firm, while corporate investment divisions are allowed to go out of business.

But that would be a huge undertaking.

“I think it’s more of a quiet rescue, because they also do not want to explicitly say: hey, I’m here to inject X amount of billions into your books to actually rescue you,” said Kelvin Wong of CMC Markets.

“They do not want to actually create another moral hazard to the market, to say… ‘go on, continue your business as usual of property development, at the end of the day, we will still rescue you’.”

Notably, the group has hired experts including Houlihan Lokey — which advised on the restructuring of Lehman Brothers after its collapse in September 2008.

Is this a ‘Lehman Moment’?

Lehman Brothers was one of the so-called Big Five investment banks. However, drowning under huge losses linked to subprime mortgages, US authorities allowed the firm to fail.

A banking crisis ensued, markets were pummeled and millions of jobs were lost.

“I do not think it will be at that kind of level, because I do not see any kind of a securities product that’s been kind of securitized off from Evergrande’s books itself,” said CMC’s Wong.

The OECD’s chief economist, Laurence Boone, said Chinese authorities have the fiscal and monetary capacity “to buffer the shock”.

“The impact here would be fairly limited except for some special companies,” she said, noting that Chinese and other markets are not deeply connected.

Ratings agency S&P said in a report this week that officials would likely step in, but only “if there is a far-reaching contagion causing multiple major developers to fail and posing systemic risks to the economy.”

“Evergrande failing alone would unlikely result in such a scenario.”