From the Moon to Mars: China’s March across Space 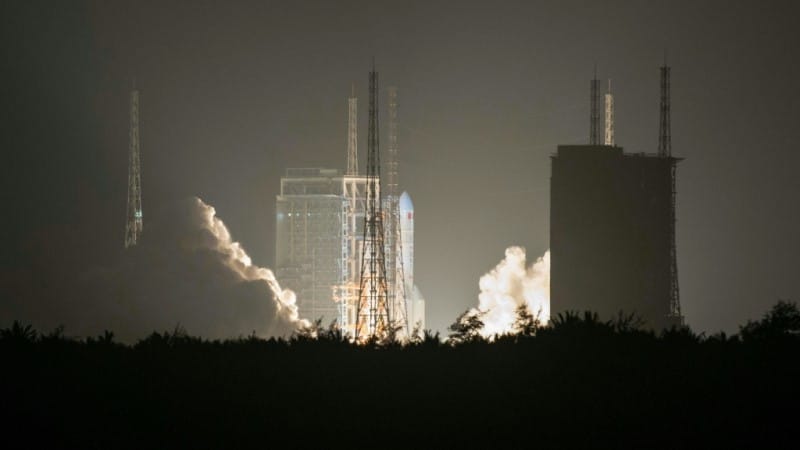 After sending humans into orbit and landing a probe on the Moon, China is aiming for another milestone in its space ambitions with the launch of a Mars rover next week.

China is among a trio of nations, with the United Arab Emirates and the United States, sending a mission to the Red Planet this month, as Mars is closest to Earth during this period.

Beijing’s space program has made huge strides in recent years as it scrambles to compete with the US.

Here are five things to know about the program: 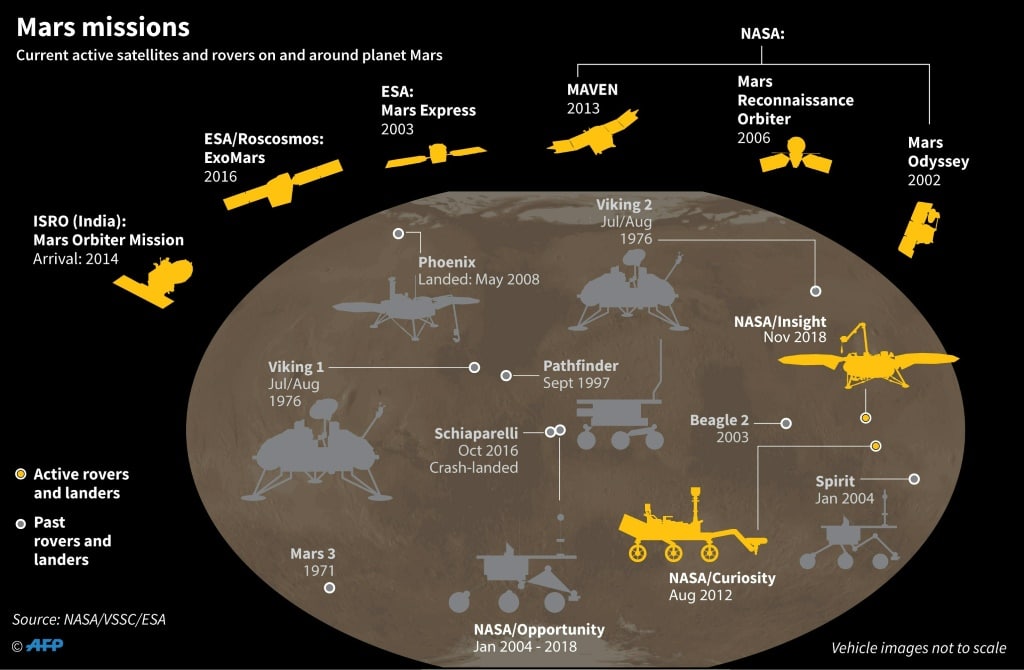 Graphic on active satellites and rovers on and around Mars. China is targeting a July launch for its ambitious Mars mission

China’s Mars probe will lift off between July 20 and 25 from the southern island of Hainan.

The mission has been dubbed Tianwen-1 (Questions to Heaven) in a nod to a classical Chinese poem that has verses about the cosmos.

The probe aims to go into Martian orbit, land on the planet and release a small, remote-controlled robot to conduct research.

The craft will travel at least 55 million kilometers (34 million miles) to reach its destination. It will arrive seven months after launch, in February, according to an official.

Without Russia This Time

It’s not China’s first attempt to go to Mars. A previous mission with Russia in 2011 failed because the Russian launcher was unable to get into a transfer orbit to slingshot towards the Red Planet.

The hardware partially disintegrated as it crashed back to Earth.

Following that failure, Beijing decided to try again on its own.

“Its purposes are not different from those of other countries: develop the capability, explore the universe, invest on future resource, and finally, create political influence and national prestige,” Chen Lan, an independent analyst at GoTaikonauts.com, which specializes in news about China’s space program, told AFP.

China’s space program is controlled by the military, which releases little information about its missions.

But Chinese space bloggers with inside information say the robot will have six wheels and four solar panels, with a total weight of 200 kilograms (about 90 pounds).

The rover will roam Mars for three months, according to Sun Zezhou, chief engineer of the probe.

The machine is supposed to analyze the planet’s soil and atmosphere, take photos, chart maps and look for signs of past life.

The second rover made a historic landing on the far side of the Moon, making China the first country to do so.

“The lunar Yutu rovers are good practice in many ways for a Martian rover. The terrain is broadly similar,” Jonathan McDowell, an astronomer at the Harvard-Smithsonian Center for Astrophysics, told AFP.

But the distance from Earth means that communication will be slower, McDowell said, adding that the risk of problems increases with such a long trip.

China has poured billions of dollars into its space program to catch up with the US, Russia and Europe.

China became the third nation after the US and Russia to send a human into space in 2003.

It has sent a slew of satellites into orbit, completing a constellation of them in June to set up its own navigation system, Beidou, which will rival the US GPS system.

The Asian powerhouse plans to assemble a space station by 2022, giving it a permanent foothold in orbit.

And China is aiming even higher, hoping to become only the second nation to send humans to the Moon a decade from now.