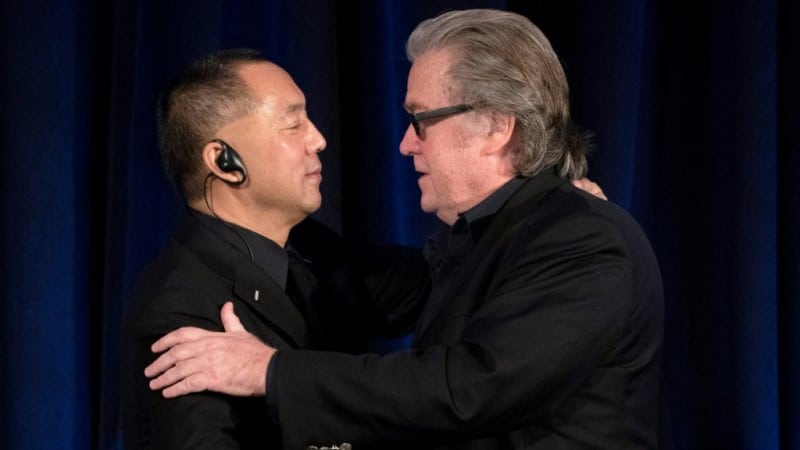 GTV Media Group, Saraca Media Group and Voice of Guo Media Inc last year raised funds through the sale of digital assets called G-Coins and G-Dollars, as well as stock, according to the Securities and Exchange Commission (SEC).

However, the agency said the sale was not registered.

The companies agreed to repay the $487 million raised from more than 5,000 investors, including US nationals, as well as paying interest and fines but without admitting or denying wrongdoing, according to the statement.

“Issuers seeking to access the markets through a public securities offering must provide investors with the disclosures required under the federal securities laws,” said Sanjay Wadhwa, deputy director of the SEC’s Enforcement Division.

Guo fled China in 2014, settling in the United States in 2017, after his battles with Beijing over his businesses and political activism. He faces prosecution in his home country for fraud and money laundering.

The fugitive real estate mogul used social media and his media companies to disseminate searing accusations of corruption against China’s rich and powerful.

Before leaving office in January, Trump pardoned Bannon who himself was convicted of fraud after raising hundreds of thousands of dollars for a plan to build a wall at the US-Mexico border.

Bannon was arrested in August 2020 while aboard Guo’s yacht.