An actress playing US espionage whistleblower Edward Snowden imitates a gun with her hand, aims it at a security camera, and fires - not exactly the sort of stage content that's green-lighted in China's surveillance state.

But artists like the scene’s writer-director Wang Chong operate in what might be considered China’s version of “off-off-Broadway”, small, often impromptu, avant-garde performances in which independent show-runners walk a razor-thin line between censorship and artistic freedom.

“A rebellious spirit is very dangerous. If an artist is in trouble in China everybody will cut connections, cooperation and conversation with them,” Wang said of the risks.

Wang spoke to AFP on the sidelines of the recent 7th annual Wuzhen Theatre Festival in the eponymous ancient canal town near Shanghai. 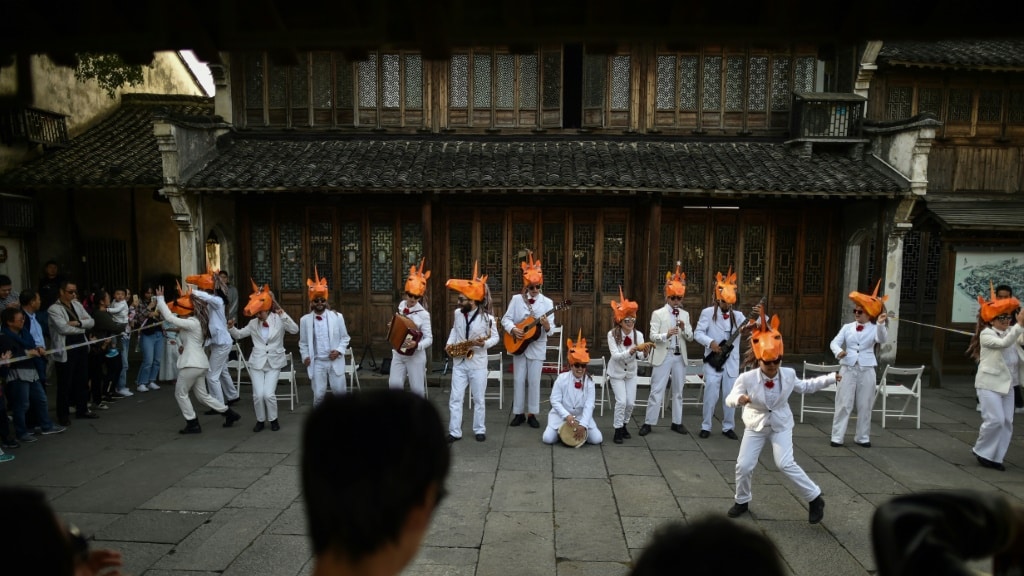 Artists from the Ikarus troupe perform at the Wuzhen Theatre Festival

Wuzhen’s government promotes the town as an arts center, which affords directors a sliver more creative leeway than elsewhere.

But even in Wuzhen, Wang, a tall and lanky 37-year-old, employs what he calls “tricks” to avoid trouble from a government that is pushing “red” theater extolling the one-party Communist state.

“If you stick to giving a voice to deep social issues, you will finally figure out a way around the rules,” Wang added. 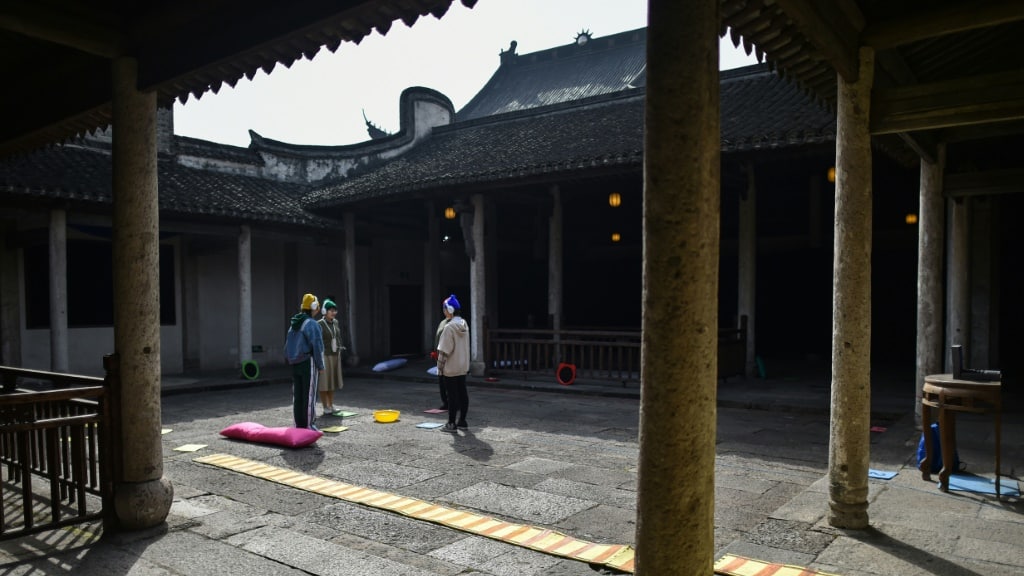 Many theaters in China host modern Western-style dramas, but much stage fare still consists of Communist paeons or re-tellings of ancient tales.

But Wang and his peers push the envelope with avant-garde productions that skirt the censor’s red line.

His latest — a thinly veiled swipe at China’s surveillance state — was performed outdoors in Wuzhen by four randomly selected audience members who received their lines and prompts via headphones.

The founder of 11-year-old Beijing-based performance group Theatre du Reve Experimental, Wang has had plays shut down before.

“Mr. Big”, a production centering on early 20th-century dissident writer Lu Xun that touched on sensitive issues, opened in theaters in 2016, but was later abruptly closed.

Wang likened it to the death of a child and indicative of what he calls a “glass ceiling” for sensitive content.

Another innovative playwright, Wang Boxin, the 34-year-old founder of a Shanghai-based theater troupe, uses satire and dark humor in productions that shine a light on what he considers contemporary China’s declining moral values.

His latest, which debuted on Wuzhen’s centuries-old plazas, was inspired by the police detention this year of a young Chinese cartoonist on vague accusations of “insulting Chinese people” with satirical cartoons depicting them as pig-headed gluttons.

“As long as you don’t sell tickets, you won’t be asked for qualifications and can keep your artistic freedom,” said Wang, who formed his self-funded troupe this year. 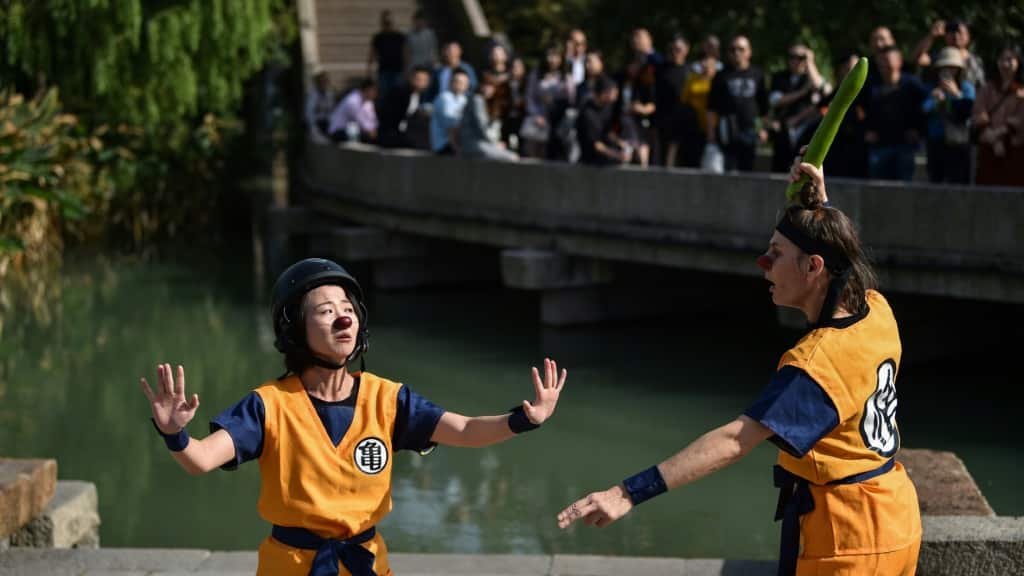 Self-taught theater director Huang Baosheng also stages his plays, which revolve around the pressures faced by Chinese young people, in what he calls “guerrilla” style – in friends’ homes, coffee shops, even an underground parking lot.

But that’s due more to financing than politics.

“Money is my biggest trouble, a drag on my creativity,” said Huang, 25, who co-founded a troupe three years ago in the nearby city of Hangzhou, supporting it with his earnings as a copy writer at an internet company.

“(Chinese authorities) want theater to become an industry like Broadway, to make money like movies do and contribute to national GDP,” he said, but they also want it “pure and strictly controllable”.

Wang, who regularly stages his edgier performances overseas, will perform a new one-man play in Australia next year starring himself. The theme: censorship.

“It’s my long-term dream that China’s theater censorship system will collapse one day. If so, the (forthcoming) play will have accomplished its mission.”