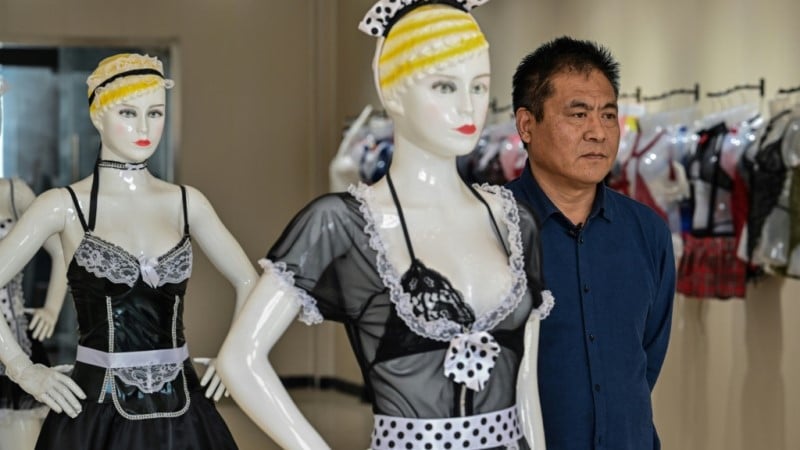 Chang Kailin, who runs a factory and is Lei’s uncle, says the lingerie industry has helped people in the area shake off poverty

Americans like their lingerie to be risque, Europeans prefer it more classy, and Chinese remain a bit shy but are opening up. But the biggest order of all came from North Korea.

So goes the street-corner discussion in Guanyun, a sleepy coastal county that for generations followed the rhythms of wheat and rice cultivation, but today concerns itself with global preferences on sensual wear.

The flat farming region between Beijing and Shanghai is China’s self-proclaimed “Lingerie Capital”, where sewing machines hum in village-level micro-factories to meet up to 70 percent of the fast-growing domestic demand.

Millions more items are exported annually in a textbook example of the ability of internet-enabled Chinese entrepreneurs to profit from even the most off-the-wall idea. 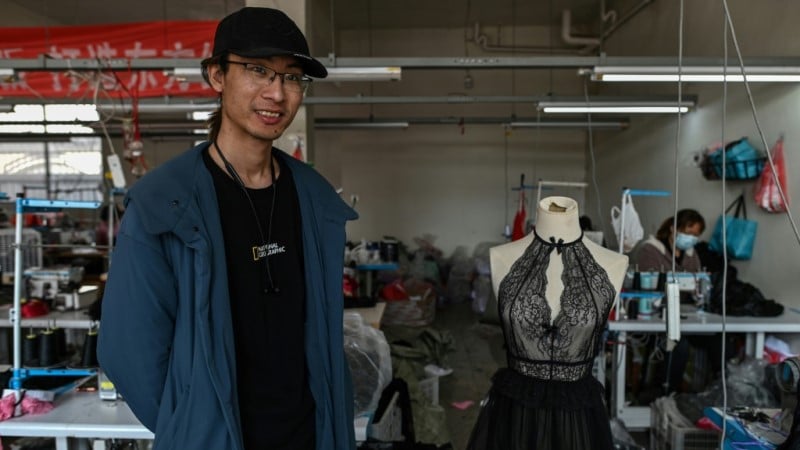 Lee Congrui employs more than 100 workers who produce lingerie that brings in more than $1.5 million in annual revenue

The man widely credited with lighting the spark is Lei Congrui, a lanky 30-year-old with a ponytail and cap who would look at home on a skateboard. It all happened almost by accident.

“Customers kept asking if we have any lingerie. I had never heard of it before, but I just said ‘yes’ and then looked up what it was,” he said.

Lei “figured out a way” and now employs more than 100 workers who push lacy black and red panties and bustiers through stitching machines. His brands such as “Midnight Charm” pull in more than $1.5 million in annual revenue, he said.

The success of early movers like Lei inspired an industrial revolution.

Guanyun’s government says there are now more than 500 factories employing tens of thousands and churning out more than $300 million worth of lingerie annually.

Attitudes are Catching Up

Loosening Chinese sexual attitudes made it all possible.

Communism left a prevailing legacy of modesty. Pornography is banned and authorities launch periodic crackdowns on anything deemed “vulgar”. 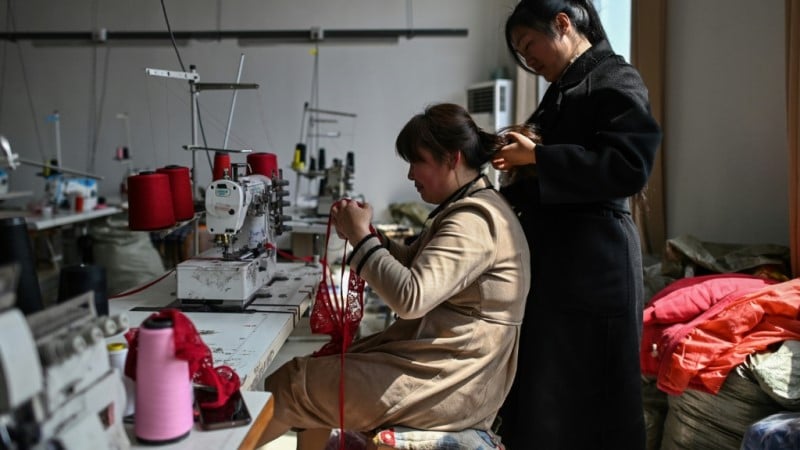 “Youth attitudes are catching up and bringing sensuality into the home. (Lingerie) is becoming popular,” said Li Yue, a local lingerie factory worker.

When Lei first started, most buyers were over 30 and many had lived abroad or had some other exposure to foreign ways.

But by around 2013, volumes soared as younger Chinese consumers began discovering their sensuality, Lei said. Most buyers are now between 22 and 25. 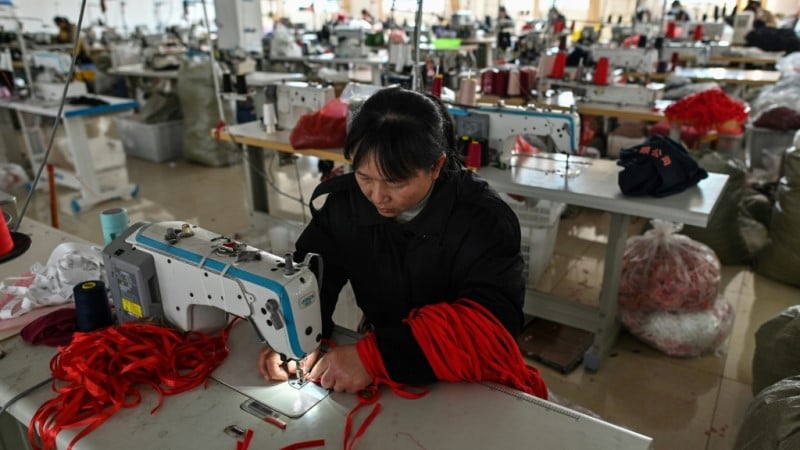 “When they first came in contact with these things, they didn’t quite understand,” said Chang Kailin, 58, who runs a factory and is Lei’s uncle.

“But after the industry got bigger and stronger, people could make money and shake off poverty.”

“Now everyone loves it.” 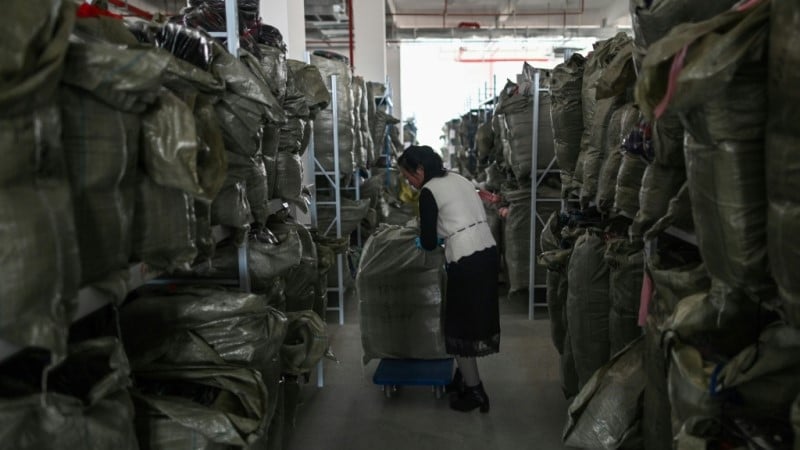 Lei exports 90 percent of his output, mostly to the United States and Europe.

Middle Eastern buyers –- favoring longer, more modest items –- are also surprisingly active, as are Africans, who like a splash of color. Southeast Asia is growing fast as well.

But Lei’s biggest single order, worth $1 million, came from a mysterious North Korean buyer in 2012. The customer abruptly backed out without explanation and the merchandise was sold elsewhere. 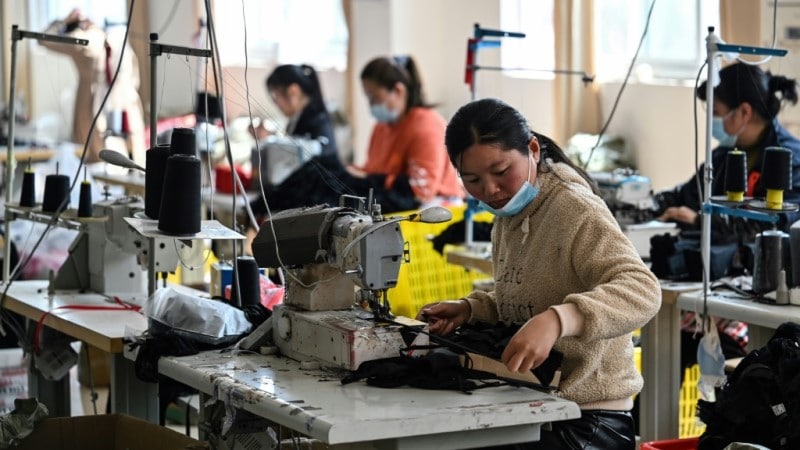 Lingerie has transformed Guanyun, with factories sprouting up next to wheat fields

Lingerie has transformed Guanyun, with factories sprouting up next to wheat fields, and newfound wealth displayed in new homes and cars.

Previously, many of the county’s roughly one million inhabitants left for the hard life of a migrant worker in far-off factories. No more, said Li, the garment worker.

“Working away from home, you get homesick,” said the mother of two.

“These companies allow us to come home to work. It’s not easy out there.” 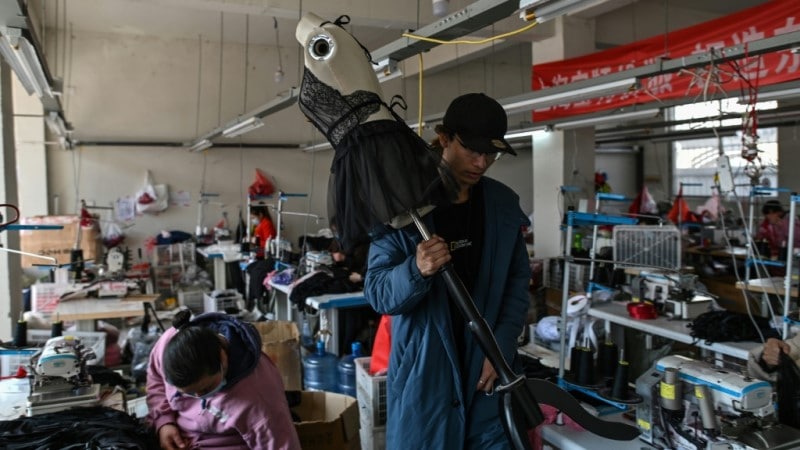 Guanyun is feeding its golden goose.

It has broken ground on a $500 million, 1,700-acre (690-hectare) lingerie-themed industrial zone that will “integrate R&D and design, fabric accessories, e-commerce operations, warehousing and logistics”.

Pandemic lockdowns last year hit output. It has since roared back, but demand remains tepid in overseas markets still struggling with the coronavirus while home-bound consumers are concentrating spending on basic household necessities, said Lei.

“After these problems are solved,” he says with a smile, “they will be ready to play again.”