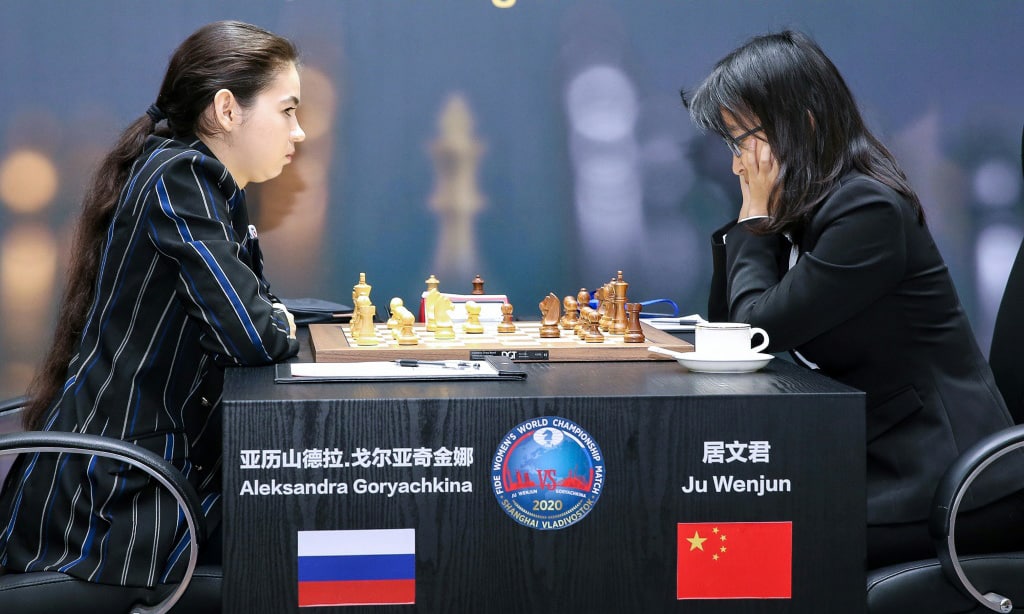 by Peter Stebbings
Two of the sharpest minds in women's chess are doing battle this week in Shanghai with a world champion title on the line and a record prize fund as the game seeks to close the gender gap.

The 500,000 euros on the table in the showdown between holder Ju Wenjun and challenger Aleksandra Goryachkina is the largest prize fund in the nearly 100-year history of the Women’s World Championship.

The International Chess Federation (FIDE) says it is a significant moment for women’s chess, which has long lagged behind the publicity, pay packets and participation of men.

The winner between the grandmasters from China and Russia — which will be determined over 12 game days in Shanghai and Vladivostok — takes home 300,000 euros.

The total purse is a 150-percent hike on the previous women’s championship match, according to FIDE, and the format of the competition has been changed to mirror the World Chess Championship, which is theoretically open to all but has been dominated by men.

“We are trying to increase the prestige of the women’s game and also close the pay gap with the men,” said Nigel Short, once one of the top-ranked players in the world and now FIDE vice president.

“It’s something that we are concerned about and we are trying to do our best to improve the conditions in particular for women’s chess,” the 54-year-old Briton said.

Moves to boost women’s chess came with the election of Arkady Dvorkovich as FIDE president in October 2018. He is a former deputy prime minister of Russia. 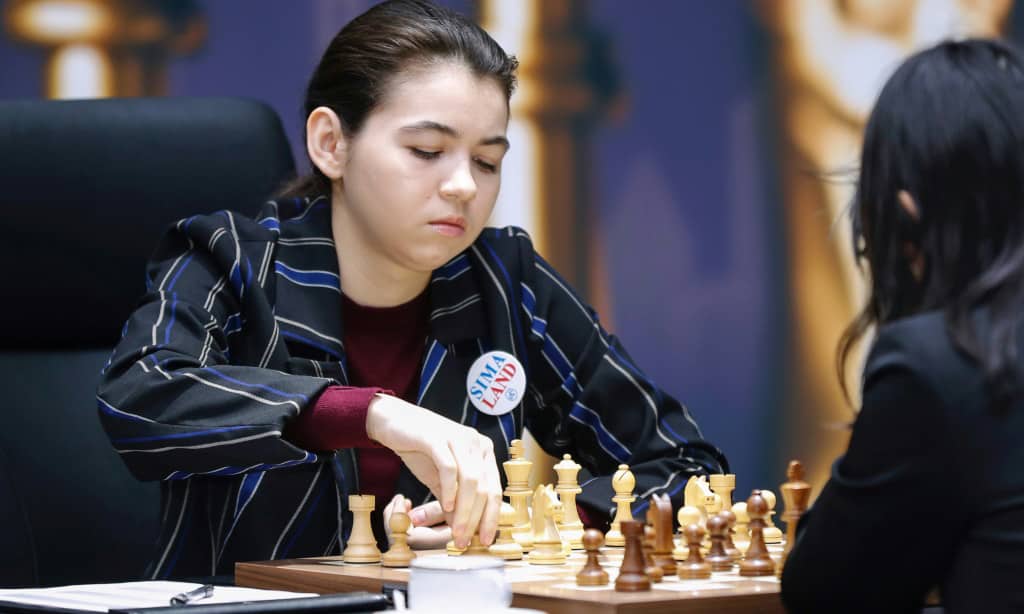 Goryachkina called the changes to the women’s tournament “very positive” but said she was motivated by winning the title, not the cash

Speaking on the eve of Sunday’s opening game, rising star Goryachkina, 21, called the changes “very positive” but said she was motivated by winning the title, not the cash.

Shohreh Bayat, chief arbiter for the match between Goryachkina and the 28-year-old Ju, laughed off the notion that this is chess’s #MeToo moment.

But the Iranian said: “There were many complaints from women players about the format of tournaments, such as this one, and the prize money.”

Bayat hopes that one day women will earn the same as the likes of Magnus Carlsen, the world champion and best-known name in chess.

“In chess right now, if you compare their ratings, men are better players than women, there’s a big difference,” said Bayat.

The effort to improve the standing of women’s chess extends to having more female tournaments and more women as coaches and arbiters, Bayat added. 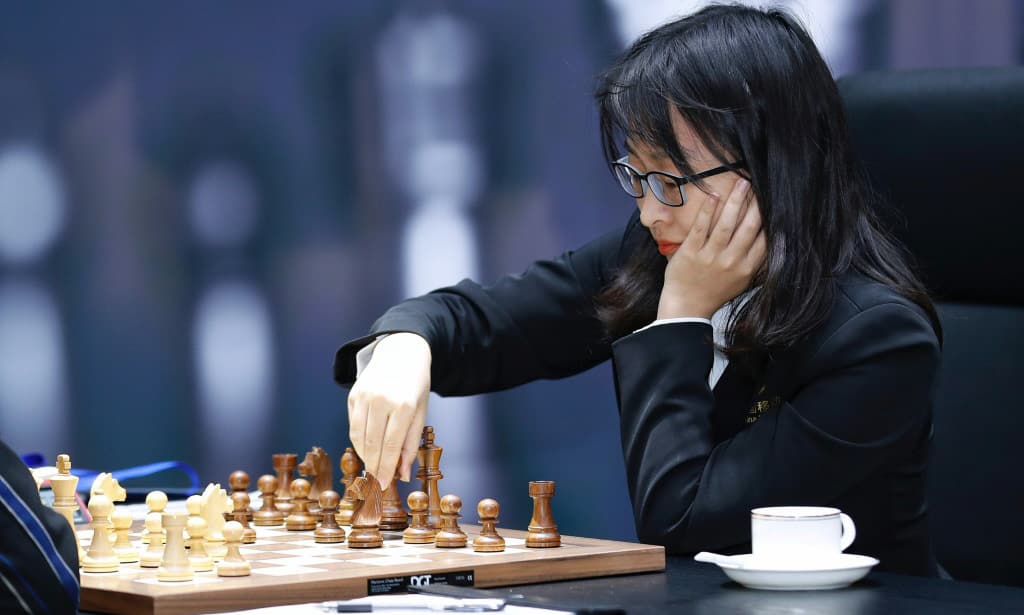 The winner between the grandmasters from China and Russia — which will be determined over 12 game days in Shanghai and Vladivostok — takes home 300,000 euros

But the 500,000 euros for the Women’s World Championship match is still only half of the World Chess Championship prize fund.

And some believe that female-only tournaments hinder rather than promote equality.

“Perhaps there is an argument for scrapping girls-only sections and best girl prizes in junior tournaments,” said David Cox, a freelance journalist and contributor to the website Chess.com.

“After all, chess is a sport where men and women can compete on a level playing field, and that would push more girls to aim higher and keep trying to improve to be the best player overall, rather than the best girl.”

There are various theories why men dominate the top 100 in the FIDE ratings.

Cox and Bayat believe a major factor is simply that there are significantly more men than women playing.

Jennifer Shahade, a two-time US women’s champion, believes that FIDE is on “the right track” with the significant increase in prize money.

Shahade, women’s program director at US Chess, said: “Building a strong base of female players is crucial to developing the game.

“I think chess is particularly crucial in a time of constant distraction, where the intellectual is de-emphasized in favor of the immediate and the visual,” she added.

“Men, kids, and especially women and girls, need the benefits of chess right now more than ever.”