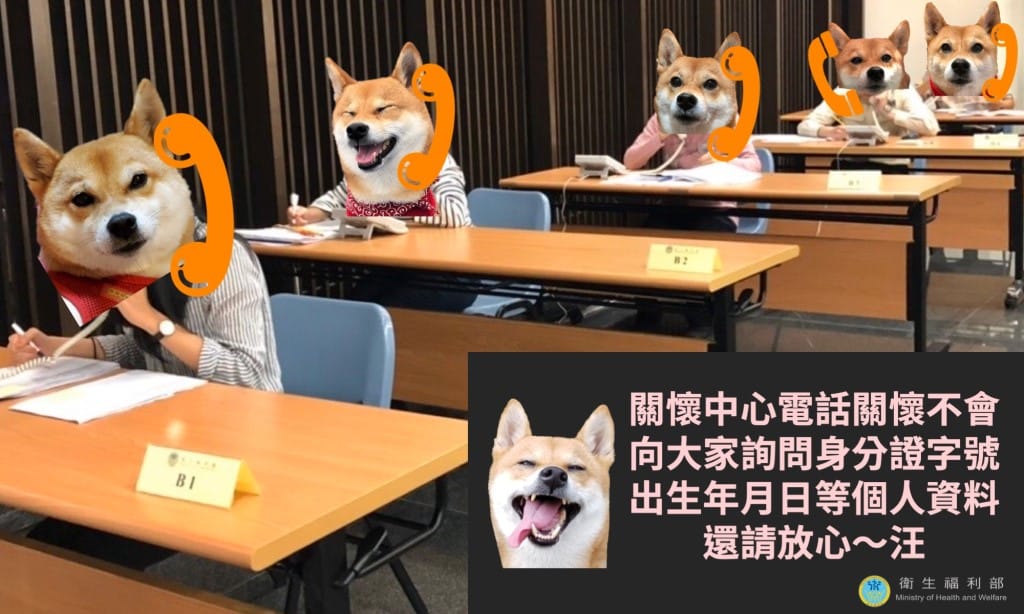 While China deploys stern communist slogans in its battle against a deadly new coronavirus, democratic Taiwan has embraced cuddly mascots and humor to ease public anxiety and educate on best practices.

Images of cute animals have featured in daily social media updates from government agencies to tackle disinformation and prevent the spread of infections.

The health ministry has deployed a cartoon “spokesdog” — a Shiba Inu called Zongchai — that has proved a hit with hashtags of his name going viral and posts shared hundreds of thousands of times.

Recent contributions have included advice on hygiene and quarantine regulations as well as reminding people to use face masks judiciously given the ongoing shortages since the new virus exploded in China. 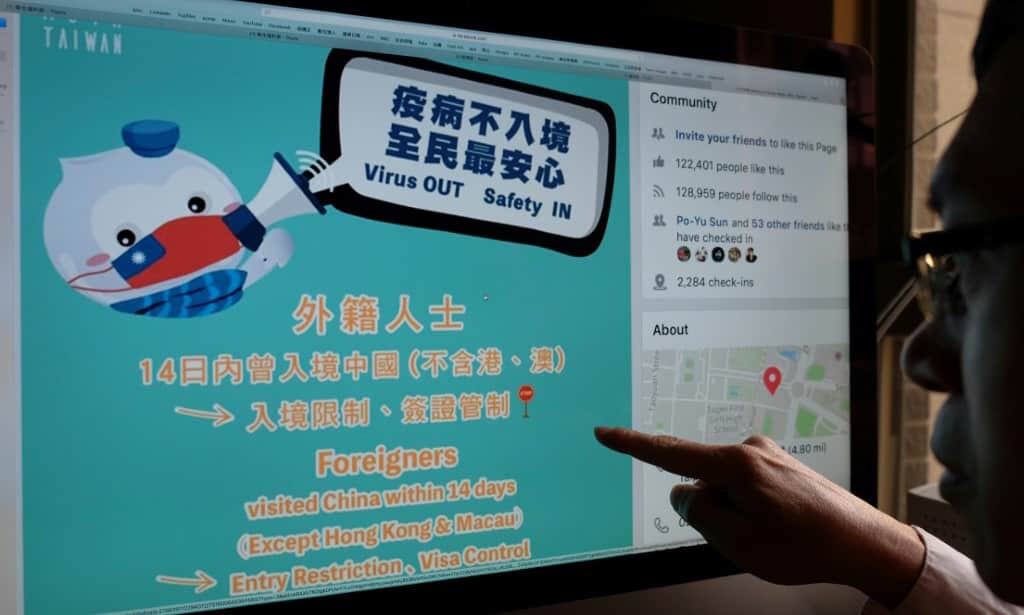 Taiwan’s public engagement policy is different from mainland China, where stern communist slogans have been deployed

“Leave face masks for the people who need them, frequently wash your hands with soap, reduce touching your eyes, nose and mouth with your hands,” read one update.

In a Valentine’s Day message, Zongchai offered practical advice for dating during an outbreak, from regular hand washing to staying sober and practicing safe sex.

The post ended with a question: “What if I am single?” to which the pup quipped: “Stay home then!”

The foreign ministry has rolled out a pigeon in a facemask to announce entry restrictions on foreigners with recent travel history to China, adopting the slogan “Virus OUT, Safety IN”.

The economic affairs ministry plumped for a goose when it announced that rumors of disposable paper meal boxes running out were “so quacking exaggerated”.

The message deployed a homophone where the word for the noise a goose makes sounds similar to the first character for the word “exaggerated” in Mandarin.

The approach contrasts with the Chinese mainland where authorities have tapped their well-oiled propaganda powers to wage a “people’s war” against a virus that has killed nearly 1,800 people.

State media has heralded the importance of patriotism to tackle the outbreak in a campaign reminiscent of Mao Zedong’s cries to mobilize the masses.

“To visit each other is to kill each other,” read one slogan in a quarantined district in Hubei province, the epicenter of the outbreak. “To get together is to commit suicide.”

Despite its cultural links and close proximity to China, Taiwan moved swiftly against the outbreak, quickly restricting and then banning arrivals from the mainland.

The island — which Beijing views as its own territory and keeps frozen out of the World Health Organization — recorded its first death on Sunday but has kept confirmed infections to just 20. 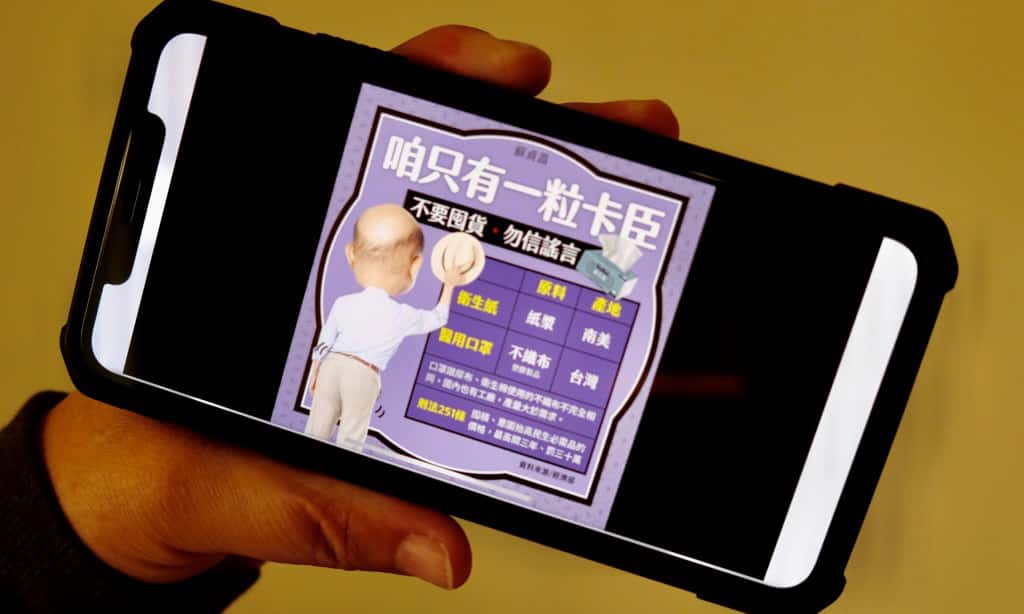 Taiwan has moved swiftly against the coronavirus outbreak, quickly restricting and then banning arrivals from mainland China

The island has also restricted the number of face masks a person can take abroad to 250. Last week, the coast guard stopped a fishing boat for attempting to smuggle out 71,000 masks.

The ruling Democratic Progressive Party, which is loathed by Beijing for leaning towards Taiwanese independence, has been deft at deploying cute memes to win public support.

President Tsai Ing-wen won a landslide second term in January after an election where she regularly featured as an anime-style cartoon character in campaign literature.

In a similar vein, Premier Su Tseng-chang took to his social media accounts in cartoon form this week to warn against panic-buying toilet paper.

“We only have one butt, don’t hoard, don’t trust rumors,” the post read.

Once again, a clever homophone was deployed. In Mandarin, the first characters for “hoard” and “butt” are pronounced the same.