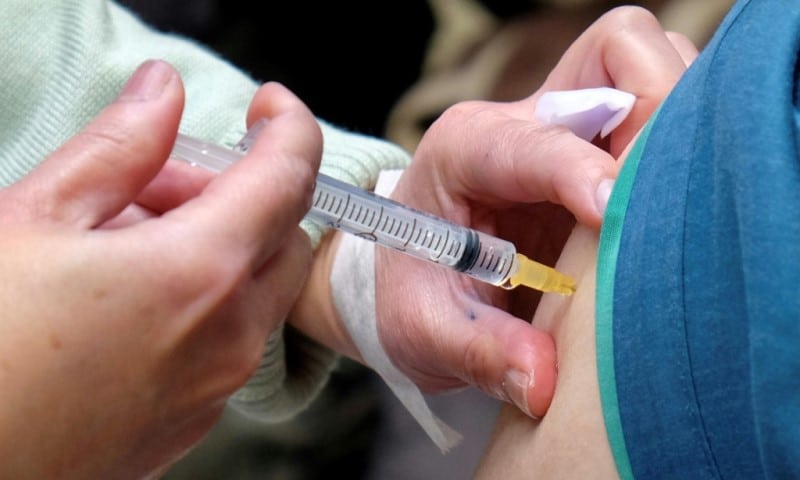 Taiwan on Wednesday accused China of hindering its efforts to obtain Pfizer-BioNTech vaccines from Germany as it struggles with a sudden spike in coronavirus cases and a slow inoculation campaign.

For much of the coronavirus pandemic Taiwan has had one of the world’s best responses.

But a sudden outbreak and trouble securing enough vaccines has taken the shine off that fight.

On Wednesday President Tsai Ing-wen explicitly accused China of being a stumbling block to getting Pfizer shots.

“We had almost completed the contract-signing with the German manufacturer at one point but it has been delayed till now because China has interfered,” Tsai said in a post on her Facebook page.

Authoritarian China regards democratic and self-ruled Taiwan as its own territory and works to keep the island diplomatically isolated.

Taiwan is currently locked out of the World Health Organization and its annual health summit which is meeting this week.

Tsai’s administration has not detailed why it believes China has been a stumbling block and Beijing has previously denied putting up roadblocks.

Pfizer-BioNTech‘s distributor for the Greater China region — which includes Taiwan — is Fosun Pharma based in Shanghai.

Taipei has insisted it only wants to deal with the German firm, something which Beijing would likely balk at.

“Only by purchasing (the vaccines) from the original manufacturer can we obtain direct guarantee in quality and safety to avoid legal and political double risks,” Tsai said.

He also included a swipe at Tsai.

“We don’t recognise this so-called President, she is only the leader of a region of China,” he added.

BioNTech’s German office has previously said it still intends to provide Taiwan with vaccine doses and that discussions were ongoing.

Fosun has also said it is willing to supply doses.

But still no jabs have materialised.

Taiwan — population 23.5 million — has so far only received some 726,000 doses of the AstraZeneca vaccine via the Covax global sharing scheme and from the manufacturer itself.

It has pre-order deals with AstraZeneca, Moderna, the Covax scheme and local vaccine makers to get some 30 million doses, which are expected to arrive in several batches over the next few months.

But Taiwan is now battling its own major outbreak after keeping infections down to little more than 1,200 cases and 12 deaths before the latest cluster.

In the space of a little over a fortnight cases have now surged to 6,000, while deaths have tripled to 46 after an outbreak among airline pilots spread.

The government has since brought in strict social distancing restrictions, including closing public venues and schools, until June 14.