Abominable’, released as ‘Everest: The Little Snoman’ in Vietnam, is about a Chinese teen helping a yeti return home

Vietnam has pulled the animated film “Abominable” from theatres over a scene featuring a map of the South China Sea showing Beijing’s claims in the flashpoint waterway, cinemas and state media reported Monday.

China has long used its so-called nine-dash line to justify its jurisdiction over most of the resource-rich sea, often to the displeasure of Hanoi, which also claims parts of the waterway.

The U-shaped line appears on a map of the South China Sea in a scene in the film — released in Vietnam as “Everest: The Little Snowman” — which is about a Chinese teenager helping a yeti return to his home.

The movie is a joint production from DreamWorks and China’s Pearl Studio and was released in Vietnam on October 4, but the country’s main cinema franchise CGV said it would no longer show the film after it was notified about the map.

“CGV seriously admit our mistake due to negligence… this is a serious issue,” the South Korean-owned firm said.

All films in communist Vietnam must be approved by censors who screen for gratuitous violence, suggestive sex scenes or politically-sensitive material.

State media earlier quoted the head of the censorship body saying she was sorry for letting the error slip through.

“I will claim responsibility” for the mistake, said Nguyen Thu Ha, the head of Vietnam’s Cinema Department, quoted by Thanh Nien newspaper.

Ha said she would remind her department “to be very vigilant… to be more prudent” in the future.

Photos of the faux pas circulated on social media Monday, showing the scene featuring the nine-dash line crossed out with a red “X” along with angry comments.

Another said: “We cannot accept these blatant acts, especially regarding sensitive things like the current sea disputes”.

Vietnam’s censorship department refused to comment on the issue Monday, and DreamWorks did not respond to a request for comment.

China claims the majority of the South China Sea, often invoking its so-called nine-dash line as a supposed historical justification to the waters, a key global shipping route.

Though some films are barred from viewing in Vietnam, a one-party state where free speech is tightly controlled, others are approved for screening only with significant edits.

The popular 2018 romantic comedy “Crazy Rich Asians” saw a few snips. One of the cut scenes featured a designer bag with a map of the world showing disputed South China Sea islands under Beijing’s control.

This year’s hit “Joker”, starring Joaquin Phoenix, was also trimmed to exclude a scene of supporters rallying around the DC Comics villain — possibly to avoid any suggestion of a popular uprising or personality cult. 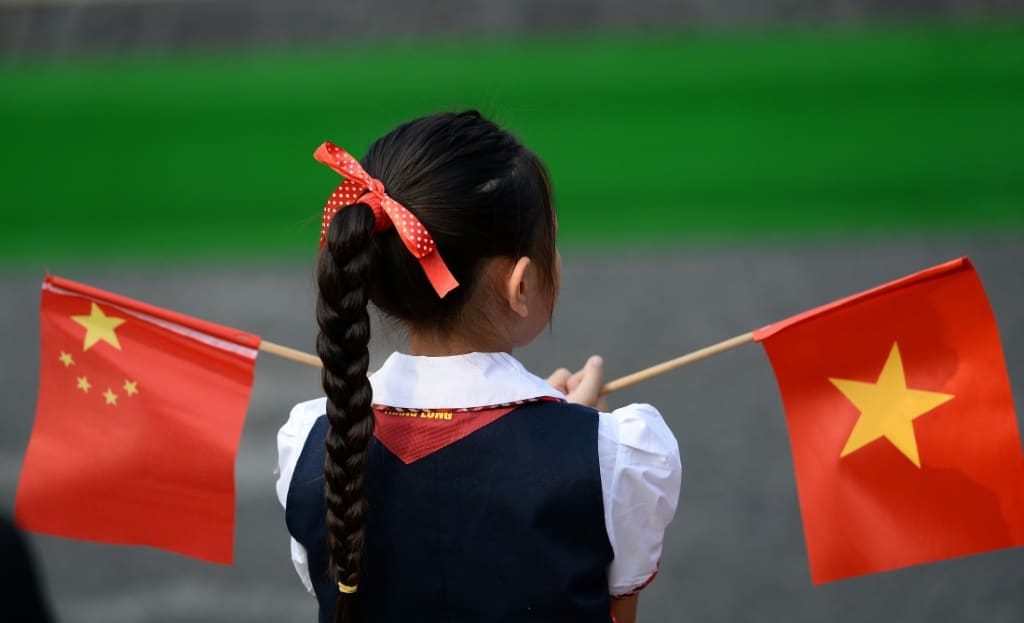