Country Profile: All about Cambodia 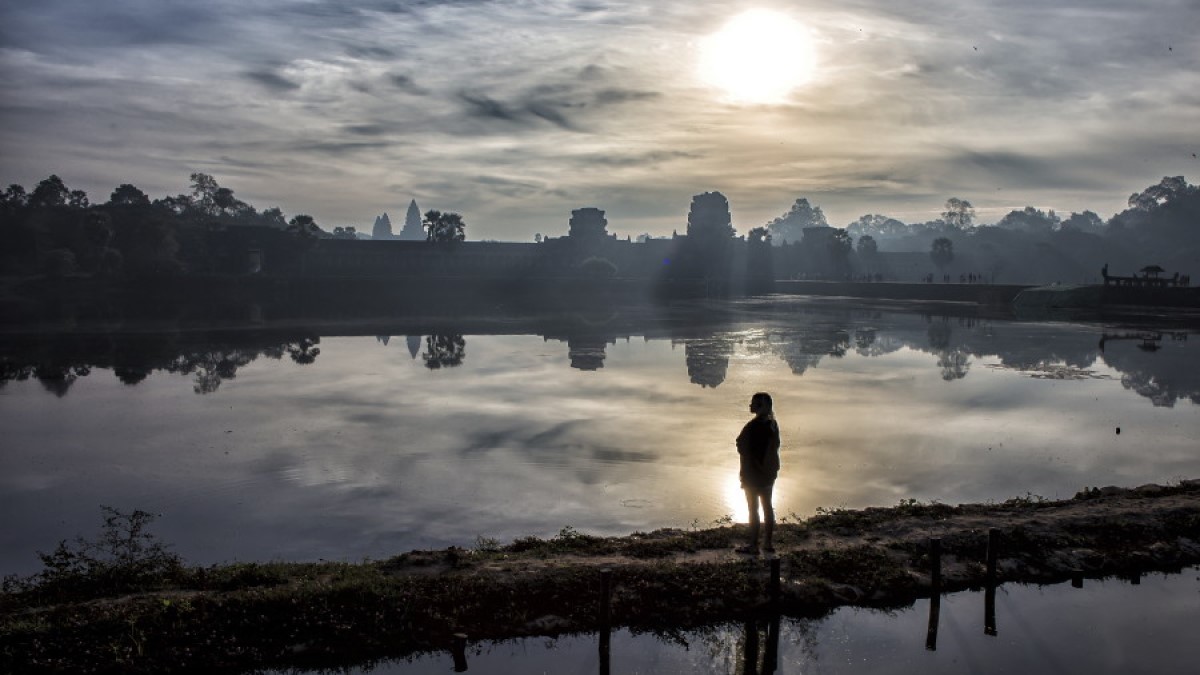 Cambodia is one of the top destinations in the world today. But before you book a flight to this paradise, make sure to know a thing or two about its history and culture.

Cambodia truly has its own magic. This wonderful kingdom filled with countless inimitable attractions captivates all over the globe. Without a doubt, it’s the perfect place to visit if you want to immerse yourself in the perfect fusion of ancient and modern times.

If you’re wondering when is the best time to visit Cambodia, the answer is now. With its peaceful forests and colossal temples, this incredible country attracts millions of tourists annually. However, before you set foot on the Kingdom of Wonders, it is vital to know about its history, culture, and religion.

The tropical paradise of Cambodia is located above the equator. It has a land area of 181,035 square , and most of its land is used for agriculture. It is made up of 20 provinces, 1,547 communes, 172 districts, and 2 municipalities. 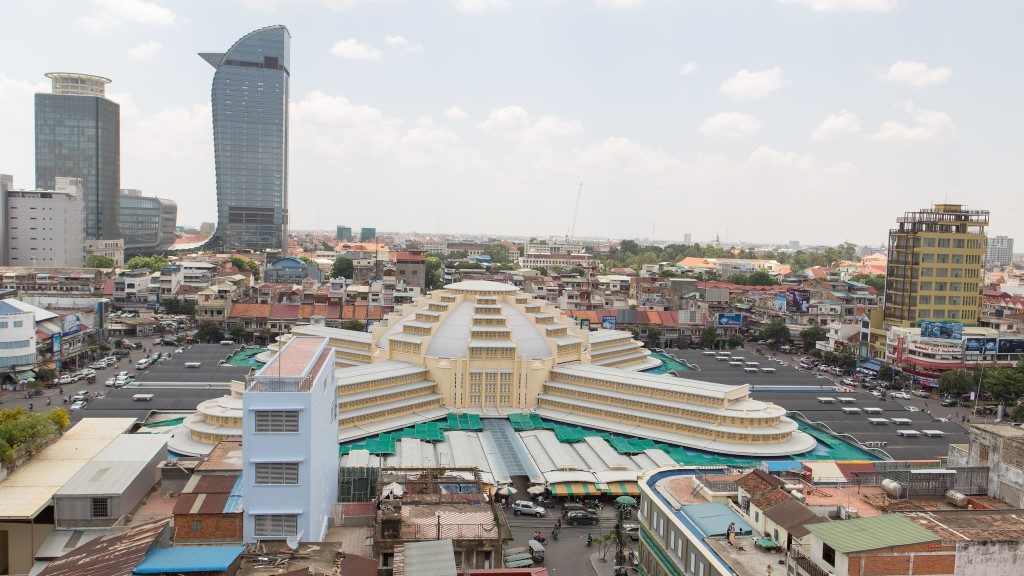 It’s capital, Phnom Penh is the of most of its activities. Cambodia shares borders with Laos, Vietnam, and Thailand. Its landscape is also diverse since it has the Cardamom Mountain, the Elephant Mountains, Central Plains, and countless other river systems.

The history of Cambodia is one of the most vibrant in the world. During the 1st century AD, traders from China have business with coastal and inland communities in the area and exchanged goods such as spices, ivory, gold, and silk. 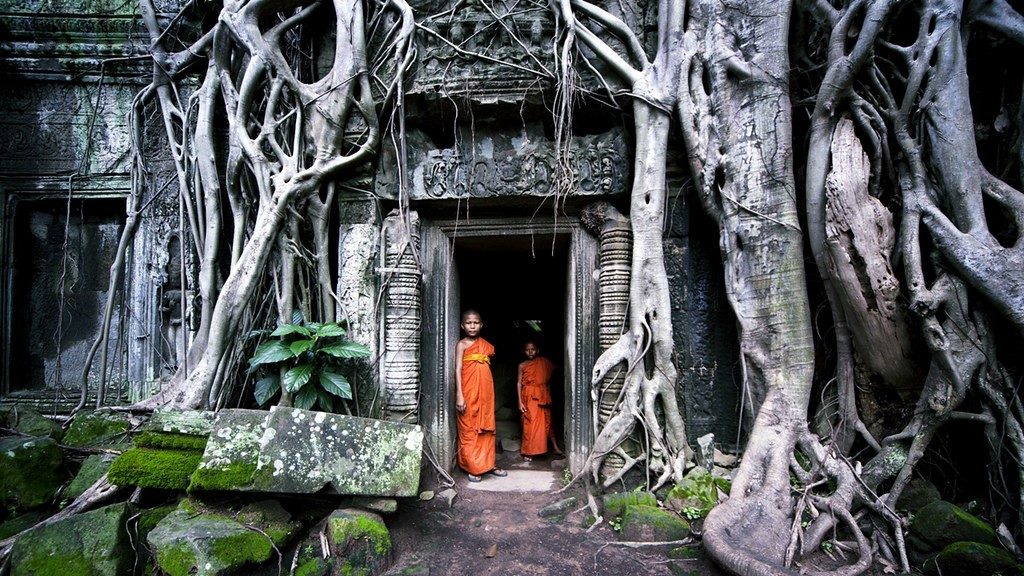 Written sources from Chinese describe kingdoms thriving in the southern part of the country which was referred to as Funan. Its leaders even gave gifts to Chinese emperors for over three centuries.

These kingdoms might have formed been due to the influence of India, who pioneered architectural styles, art, alphabets, and Hinduism and Buddhism. Archaeological remains of what might be the capital of the kingdom have been found in Phumi Phnum Angkor Borei in the 1990s.

If you’re familiar with Cambodia, you have probably heard about the Khmer State. Jayavarman II, a Cambodian Prince who declared that he descended from the rulers of Funan returned to Cambodia from abroad and started it all.

Jayavarman II started a cult which Shiva and likened his rule to the Hindu god to legitimize his power. The young prince then spread his power to reach the Mekong River. In 802, he was consecrated again as chakravartin. 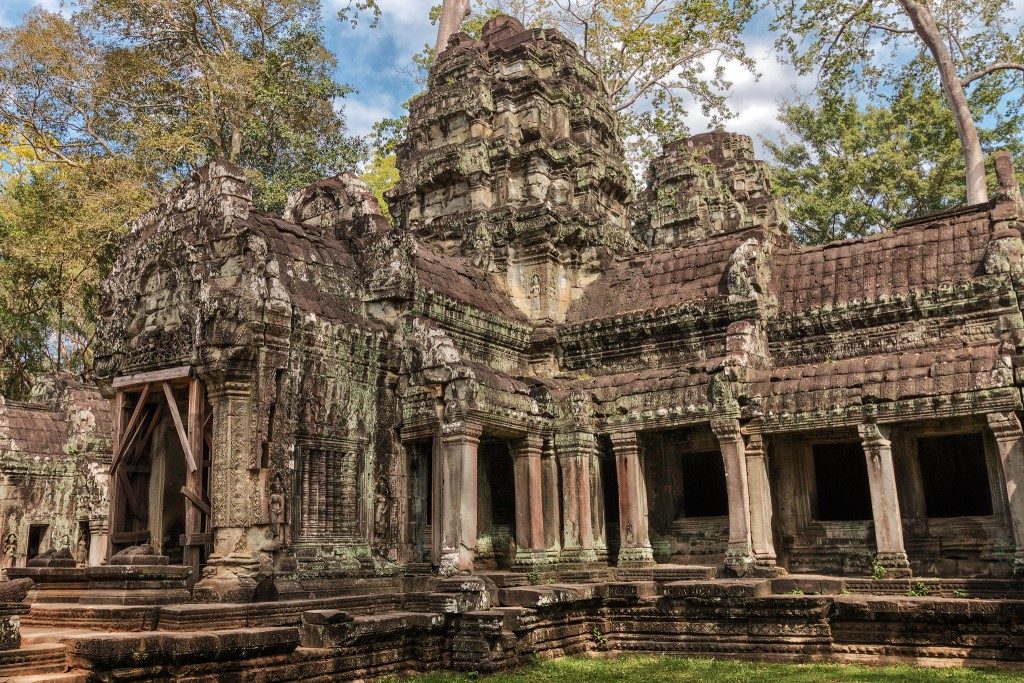 The biggest accomplishment of the leader is the Kambuja-, a kingdom which came to power and controlled smaller areas, although it is still unclear if the states were forced to submit to their power or joined at their own accord. Over the next four centuries, Jayavarman’s successor built huge temples despite many issues such as usurpations. In fact, many historians have connected thousands of stone inscriptions on temple walls to this era.

After Jayavarman II’s death, another king, Indravarman I created a huge reservoir and a number of temples in Tonle Sap, which included the Bakong, a pyramid-shaped structure known as the first Cambodian temple to be built using stone. This became the model of countless temples in Angkor which served as tombs and a symbol of greatness.

One of the most remarkable Khmer buildings is the Angkor Wat, built by Suyavarman II. The Khmer kingdom included Cambodia, and parts of Thailand, Myanmar, Laos, and Vietnam. capital city was a mecca for activity as it was filled with complex networks of canals, roads, and reservoirs, as well as irrigation.

The Khmer empire fell sometime during the 13th and 14th century and many historians attributed this to Thai kingdoms and Theravada Buddhism. In the 16th century, Cambodia suffered tremendously as its kingdoms fought with each other. Although Cambodian history was poorly documented during the fall of Angkor, the country still preserved its language and culture.

In the 18th century, Cambodia once again suffered due to a civil war. By the 19th century, France has taken power over the area and ruled Cambodia for almost a century. Although they did not pay much attention to education, they built facilities, public roads, and rubber plantations.

Soon after World War II, Norodom Sihanouk was crowned as king. France also allowed the country to draft its own constitution and to form political parties. Sinahouk then attained the country’s independence in 1953 following the First Indochina War.

In 1979, the rule of Pol Pot, a Communist guerrilla commander turned Cambodia into a nightmare. During his time, an estimated number of more than 1.7 million to 2 million people were killed. In fact, human bones and skulls can still be found in what once was a prison and torture area during his time.

With over 10 million people, Cambodia has maintained its culture intact. Around 90% to 95% of its people are Khmer. Some are Chinese-Khmers, Khmer-Islam, or have a mix of Vietnamese. Approximately 10% of its population call Phnom Penh their home.

Notably the most known site in the country. Angkor Wat was built in the 12th century for a period of over 30 years. It was built to Vishnu. This architectural wonder continues to amaze people because of its incomparable composition and balance, making it one of the best monuments in the world. 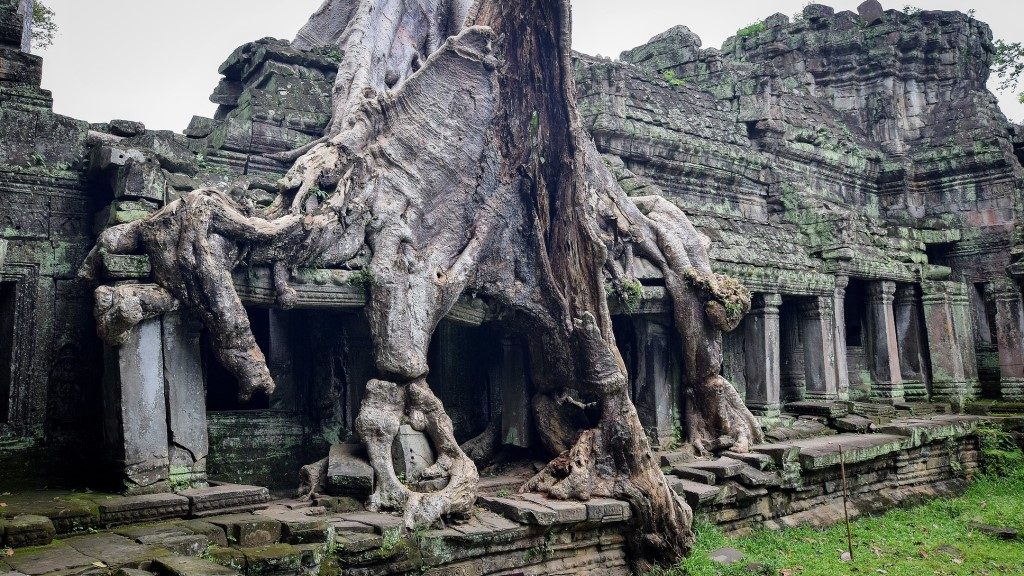 At first glance, it might seem daunting to explore due to its vastness. However, you will have the time of your life as you stroll through every tower, chamber, porch, and courtyards that are linked by stairways.

Over 95% of people in Cambodia practice Theravada Buddhism, making it the most dominant religious affiliation. However, Christianity and Islam are still among people and is showing signs of growth. For Chinese people in Cambodia, Confucianism and Daoism are common.

Cambodia, together with Afghanistan, are the only countries in the world which feature a building on its flag. In Cambodia’s flag, you can find the Angkor Wat.

Foodie Destination
You may not know it yet, but Cambodia may be the best destination for food lovers. This country offers anything to – even insects! Yes, you read that right. On its streets, you can find an abundance of fried crickets, spiders, and other insects. In fact, it is one of the most beloved food delicacies in the country.

New Year
While the rest of the world light fireworks on the eve of January 1 to celebrate New year, Cambodia waits until mid-April. This is because it signals the end of the harvest season.

Freshwater Lake
Cambodia is home to a large freshwater lake – the Tonle Sap. This lake gives life to nearly half of the country’s crop supplies and is a great source food. 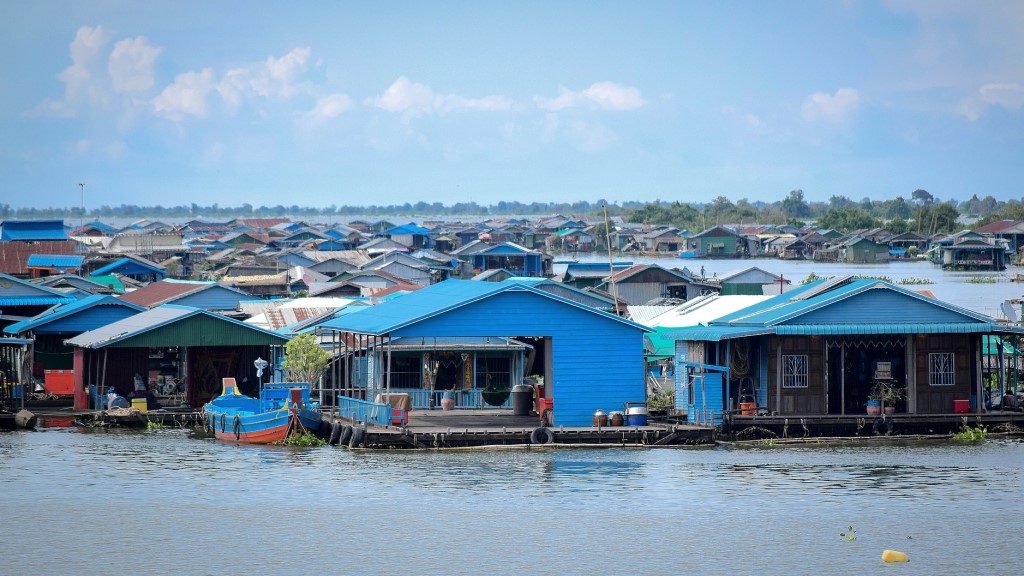 Cambodia’s King
King Norodom Sihamoni, the new of the country is a bachelor and has no children. This is why until now, there is no direct successor to be crowned as the next king of Cambodia. King Sihamoni was elected in 2004 by members of the country’s throne council. He is also a trained ballet dancer.

No McDonald’s
If you love McDonald’s, Cambodia is probably not the best place to go. This is because there has never been a McDonald’s store in the country ever. Don’t worry, there are still thousands of must-try restaurants to appease your hunger.

Skip Birthdays
Although many people, especially, millennials, celebrate their birthday in Cambodia, it is not traditionally celebrated in its rural areas. There are even many people who don’t know the exact date of their birthday.

Without a doubt, there is so much more to Cambodia that the breathtaking Angkor Wat. With unspoiled natural wonders, rich wildlife, a booming culinary scene, and the friendliest locals you will ever meet, Cambodia has solidified its position a Southeast Asian paradise you should not dare to miss.